A separate bill to require health insurers to be more transparent about costs and formularies for consumers did not pass. Drugmakers, who helped spur the opioid crisis, are now profiting off the epidemic by jacking up the price of overdose treatment Naloxone.
By:
Chris Gray 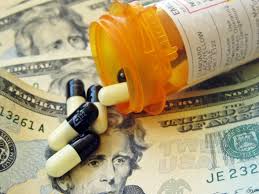 The House Health Committee cleared the drug manufacturer transparency bill on a 8-2 vote, with Republicans Rep. Knute Buehler of Bend and Rep. Rich Vial of Wilsonville joining the Democrats in the effort to force drug companies to explain the escalating rise in drug prices.

In a concession to the Pharmaceutical Research and Manufacturers of America, the bill was amended on Friday to exclude a 60-day reporting requirement for drug companies wishing to hike their drug prices more than 10 percent.

Rep. Rob Nosse, D-Portland, explained that a price increase notice requirement in the California law has been held up by a lawsuit from PhRMA, and he did not wish to impede the enactment of HB 4005 with litigation in Oregon.

“They (California) have a stronger notice requirement, I have a more aggressive transparency requirement,” Nosse told The Lund Report, explaining that drug manufacturers will have to report more data to Oregon regulators than they do in California, including some information that is not currently available to the public.

HB 4005 requires prescription drug manufacturers to explain cost increases above 10 percent for drugs that cost more than $100 a month, and provide data on prices charged in other countries. They will also have to report information on expensive new drugs and health insurers will have to report how drug costs affect their premium rates.

Before the full House can vote on HB 4005, it must first clear the Committee on Ways & Means because it authorizes the Department of Consumer & Business Services to collect fees from drug companies to run the oversight program and hire three people. The fees will total $425,000 the rest of this biennium to start up the program and $577,000 in ongoing costs the next biennium.

There are about 1,000 drug manufacturers licensed in Oregon, and an AARP Public Policy Institute report tallied 268 common brand-name drugs that spiked in price by more than 15 percent between 2014 and 2015.

The House Health Committee debated a second, competing drug transparency proposal, this one aimed at the health plans, their drug formularies and the charges they pass onto their plan members. The second bill died on Friday but its ideas will survive as part of an ongoing workgroup.

House Bill 4156 would have locked in the formulary, utilization controls and prices of a drug for the duration of a health plan, allowing insurers only to make changes when the plan is up for renewal.

“If cancer patients are locked into a contract for a year, it’s only fair that insurers keep that contract,” said Christopher Friend, the lobbyist for the American Cancer Society.

An amendment to the bill would have required a quarter of all health plans offered to set the cost of drugs to consumers according to a fixed and transparent copayment, rather than charging a coinsurance percentage, when the consumer is unaware of the wholesale cost of the drug.

Health insurers argued that HB 4156 would have forced them to eat the cost when pharmaceutical companies capriciously raise drug prices in the middle of the year, a cost that they would then pass on to all consumers through higher premium rates.

“If plans can’t change the formularies mid-year they can’t do anything when the industry increases prices more than 10 percent,” said Patty Wentz, the spokeswoman for Oregonians for Affordable Drug Prices, a coalition of health insurers and consumer advocates, which backs HB 4005. “That’s why you see all the patient groups that PhRMA supports in support of this bill and their front group, Caregivers Voices United.”

Steep drug prices have led insurers to fine-tune their formularies and place drugs on different pay tiers to make the overall plan more affordable. The price of Humira, a cancer drug, has gone from $13,000 in 2004 to more than $50,000 today, according to Abby Stoddard of Prime Therapeutics, a pharmacy benefit manager.

“The formulary has to change because the price changes,” Stoddard said. “The drug hasn’t gotten any better. The price has just gone up.”

In an earlier hearing, Rep. Ron Noble, R-McMinnville, testified in support of HB 4005, arguing that the pharmaceutical industry was profiting off the opioid crisis by driving up the cost of the life-saving drug Naloxone, or Narcan. “The cost of Naloxone has risen over 500 percent in the past five years. I’m hoping House Bill 4005 will shed some light on the process.”

The American Cancer Society, which receives considerable funding from the pharmaceutical industry, has conspicuously not supported HB 4005, and neither have other patient advocacy groups  who rely on PhRMA to stay afloat. Friend said the cancer society does not oppose Nosse’s legislation, but will remain neutral.

PhRMA kept quiet on HB 4156, but did come out strongly against HB 4005, arguing that the transparency requirements were difficult to meet, unlike HB 4156 did not help consumers at the point of sale, and ignored the value of the life-saving medications as opposed to hospital treatments and organ transplants and shorter lives.

Rep. Mitch Greenlick, D-Portland, was quick to rebut this, noting that the life expectancy of white males has gone down in the past two years, in part because of the opioid epidemic. Opioids are the leading cause of death for Americans under 50.

Drug manufacturers helped spur the opioid epidemic through a heavy marketing campaign to use narcotics like Oxycontin to treat routine and chronic pain in the 1990s. The epidemic spiked from 52,000 deaths in 2015 to 64,000 Americans in 2016, a one-year death toll that was higher than all the American deaths in the Vietnam War. By comparison, auto accidents kill 40,000 Americans annually and 38,000 die from guns. The HIV epidemic peaked at 40,000 deaths in the mid-1990s and now claims about 6,100 lives a year.