It was enough to convince Sen. Betsy Johnson (D-Scappoose), who proved to be the swing vote that led to the passage of healthcare transformation
By:
Amanda Waldroupe 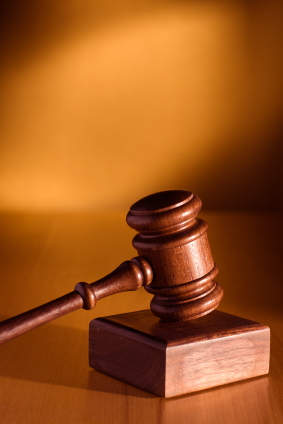 February 17, 2012—The vote of Sen. Betsy Johnson (D-Scappoose), a crucial swing vote when the Senate decided to allow the Oregon Health Authority to move ahead with creating coordinated care organizations (CCOs) and overhauling the Oregon Health Plan’s delivery system, changed at the last moment because memos from the Department of Justice and Oregon Health & Science University (OHSU) revealed serious constitutional concerns about the proposed medical liability language for Senate Bill 1580.

Johnson, who was prepared to vote with Senate Republicans if the bill was not amended to include such language, had requested that the Department of Justice review the amendment and related legal opinions.

What Mary Williams, deputy attorney general, found in a “cursory” review, given the “time constraints,” led her to “have serious concerns about the constitutionality of the proposed amendments.”

That amendment, written by Sen. Jeff Kruse (R-Roseburg), would have provided coverage for any medical provider participating in a CCO under the Oregon Tort Claims Act (OTCA), which limits liability damages against public institutions such as Oregon Health & Science University, capping damages at $566,700. The provision would not have taken effect until October 1, 2013.

Williams said that it was possible that future liability cases would have asked for damages far exceeding the caps in the OTCA, which in turn would have brought about a constitutional challenge on “the imposition of those caps.”

Williams’ biggest concern was that the OCTA would have covered all physicians in a CCO, and all the services provided by those physicians even if they weren’t paid with just state dollars.

“The extension of the OTCA to those non-state services raises substantial constitutional concerns,” Williams wrote.

It might be possible to avoid constitutional challenges, Williams continued, if CCOs were considered an “instrumentality of the state,” which are organizations or entities that “perform a function traditionally performed by the state,” have powers and duties outlined by the state, and “are subject, at least in part, to the control of the state in some way.”

That’s unlikely to happen, however because CCOs are expected to be community-driven organizations that integrate the physical, mental and dental healthcare of Oregon Health Plan members, and control costs by focusing on preventive care and reducing emergency room visits.

In a second memo sent to Johnson, OHSU also worried about the amendment’s language.

As a result of the court case Clarke vs. OHSU -- OHSU became covered under the OTCA, with liability damages capped at $566,700. But in 2009, the legislature raised OHSU’s liability cap to $1.7 million per claim.

If the amendment to Senate Bill 1580 had gone through, OHSU’s cap would have gone back to $566,700, which OHSU worried would “increase the likelihood under the law…that the cap will be deemed to be constitutionally inadequate.”

That was enough to change Johnson’s mind.

“At the time, I thought [the medical liability] amendment could achieve some degree of reform,” Johnson said on the Senate floor on Tuesday. “[But] DOJ’s memo highlights that there are constitutional provisions that create uncertainty.”