Younger baby boomers are in need of more long-term care than the previous generation, leading to rising costs for the state. That, combined with new labor rules requiring care workers to get paid for overtime, has led the state to end the live-in care worker program and narrow the approval for services.
By:
Chris Gray 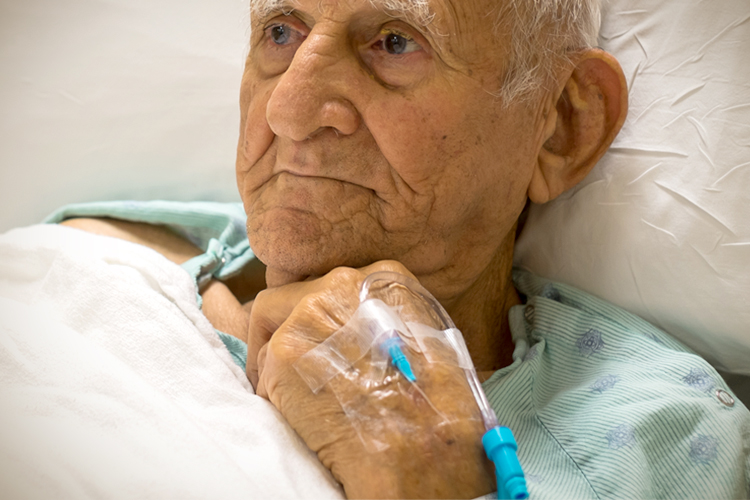 Younger baby boomers are shaping up to be much less healthy than older generations, helping to drive escalating costs at the Department of Human Services as state officials maneuver to make long-term care programs more sustainable for seniors.

“At APD (Aging & People with Disabilities), we saw a big spike in our caseload and cost per case,” said Ashley Carson-Cottingham, the director of the division. “A lot of the boomers do not have significant savings. They were hardest hit in the latest recession.”

Carson-Cottingham explained that rates of diabetes and obesity are much higher in this age group, and with little in the way of pensions to fall back on compared to older Americans, they’ve had to fall on the state safety net to maintain their health.

At the same time, the Aging & People with Disabilities Division has been overwhelmed by two other currents -- the state had just decided to align its program to the federal government’s new community-based care program, and the U.S. Department of Labor revised worker protections, requiring homecare workers to get compensated for overtime and travel between job sites.

The program’s growing pains means some unpopular rollbacks in care to assure the state can still provide an adequate safety net. DHS Director Clyde Saiki has advised his subordinates to get out in front and seek cooperation and input from labor representatives, beneficiaries and advocates for seniors and people with disabilities. “We didn’t want anybody to be surprised,” Saiki told The Lund Report.

The state Medicaid expansion for all adults at or near poverty also may have bumped up membership in long-term care programs, since it’s easier to apply, but Carson-Cottingham said only 2 percent of the new recipients came on board this way. “It’s not a cash benefit that everyone wants,” she explained. “You get if you have as assistance with daily living need.”

Most people who qualify for these benefits cannot work and thus have no income except a disability check. Enrollment in Medicaid programs tied to aging has reached 42,000 people.

The division has developed two program changes that Carson-Cottingham expects will help the in-home care programs stabilize. The state will ask clearer questions to make sure recipients are enrolled in the correct program, and end its popular but unorthodox program where a homecare worker is either working or on-call at all times as the worker lives with the client.

From the federal government’s perspective, if someone needs more than 10 hours of care a day, it should probably not be delegated to just one care worker, and if they’re not really working on off-hours, than they shouldn’t be getting paid. Oregon is one of the few states to develop such a program, and under the new labor rules, there’s almost no way to justify paying some people as much as 100 hours of overtime a week.

One way around the change could be for the care worker to live with the benefit recipient as a roommate, but have clearer boundaries about when they’re on the clock, and when they’re not,other than for emergencies.

The changes to the screening tool will close bureaucratic flaws that gave blanket approval to people for a nursing-home level of homecare, despite needing only modest assistance shopping or cooking food.

As an example, Carson-Cottingham said applicants may ask if they ever need help with the restroom, and if they have trouble just once a month, they get the full cart of services even if 29 days a month they don’t need such services. Narrowing this tool will help determine if their need is daily or less frequent. The state has a much more economical program, Oregon Project Independence, for seniors with fewer needs.

Oregon is a leader in avoiding costly, less comfortable nursing home care for its vulnerable elders, but to receive in-home services or assisted-living, they need that level of care. .

“We can’t have people in homecare who don’t meet the intent of the program, which is people who would otherwise be in a nursing home,” she said.

Jon Bartholomew, the Oregon director of government relations for the American Association of Retired Persons, agreed with the state’s approach. “It’s our position to make sure Medicaid is there to help those who are most vulnerable in our society.”

"AARP supports ensuring that Oregon's Medicaid system for [long-term senior services] is meeting the needs of people who need the services, and done in a way that ensures sustainability of the system," Bartholomew elaborated. "But we continue to engage in conversations with APD and other stakeholders to determine the best path forward to ensure needs are met, the system is sustainable, and consumers' choice, independence, and dignity are ensured."

A number of people have questioned the state’s decision to enter the K Plan, which ended the rationing off some state services, but Carson-Cottingham said the state would be facing the same budget problems and growing costs for regardless if it had adopted this model for the Aging & Disabilities Division.

The K Plan merely bolsters the state’s resolve to care for senior’s needs upfront, therefore avoiding much bigger costs on the back end. “I do think it’s saving money, it’s just costing more anyhow,” she said.