Depressed? Look For Help From A Human, Not A Computer 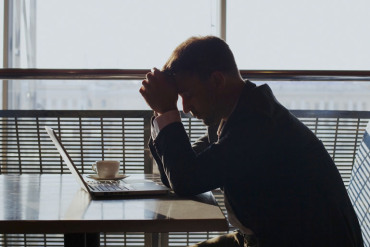 Almost 8 percent of Americans 12 and older dealt with depression at some point between 2009 and 2012. With that many of us feeling blue, wouldn’t it be nice if we could simply hop on the computer in our pajamas, without any of the stigma of asking for help, and find real relief?

Online programs to fight depression are already commercially available, and while they sound efficient and cost-saving, a study out of the U.K. reports that they’re not effective, primarily because depressed patients aren’t likely to engage with them or stick with them.

The study, which was published in The BMJ on Wednesday, looked at computer-assisted cognitive behavioral therapy and found that it was no more effective in treating depression than the usual care patients receive from a primary care doctor.

Traditional cognitive behavioral therapy (CBT) is considered an effective form of talk therapy for depression, helping people challenge negative thoughts and change the way they think in order to change their mood and behaviors. Online CBT programs have been gaining popularity, with the allure of providing low-cost help wherever someone has access to a computer.

This KHN story also ran on NPR. It can be republished for free (details). [logo npr]

A team of researchers from the University of York conducted a randomized controlled trial with 691 depressed patients from 83 physician practices across England. The patients were split into three groups: one group received only usual care from a physician while the other two groups received usual care from a physician plus one of two computerized CBT programs, either “Beating the Blues” or “MoodGYM.” Participants were balanced across the three groups for age, sex, educational background, severity and duration of depression, and use of antidepressants.

After four months, the patients using the computerized CBT programs, or cCBT, had no improvement in depression levels over the patients who were only getting usual care from their doctors. “Uptake and use of cCBT was low, despite regular telephone support,” the study authors wrote. Almost a quarter of participants dropped out within four months, and patients noted the “difficulty in repeatedly logging on to computer systems when they are clinically depressed.”

“It’s an important, cautionary note that we shouldn’t get too carried away with the idea that a computer system can replace doctors and therapists,” says Christopher Dowrick, a professor of primary medical care at the University of Liverpool, who wrote an accompanying editorial. “We do still need the human touch or the human interaction, particularly when people are depressed.”

The lack of patient engagement in this study means these programs aren’t the panacea that busy doctors and cost-conscious health care officials might be hoping for, Dowrick wrote in the editorial. Yet it’s important to note that the study was conducted in a primary care setting, he says, because many other studies on cCBT that show some benefit have been conducted in psychological settings, where patients might be more motivated to engage with these kinds of online programs.

Despite the unenthusiastic findings of the study, Dowrick says that do-it-yourself treatments like cCBT can still be effective. But they’re more likely to succeed when people have relatively mild symptoms of depression or are in a recovery stage – the participants in this study were mostly in the category of moderate to severe depression, he says. Computerized CBT is also more likely to succeed, he adds, if the patients are open to seeking help on a computer and when they have a “reasonable amount” of guidance as they go through the program, preferably from a therapist. In this study, he says, participants each totaled roughly six minutes of telephone support and guidance.

Being depressed can mean feeling “lost in your own little small, negative, dark world,” Dowrick says. Having a person, instead of a computer, reach out to you is particularly important in combating that sense of isolation. “When you’re emotionally vulnerable, you’re even more in need of a caring human being,” he says.