Virtual dentistry takes off in California, is on the fast track in Oregon
By:
Kendra Hogue 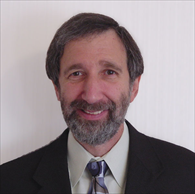 Dental care is among the stickiest problems in modern healthcare, according to panelists who spoke recently at the Virginia Garcia Healthcare Symposium. Problems in the dental care system are caused by a host of factors:

“We know that fundamental changes are going on in healthcare in general and that costs in the healthcare system are out of control,” said Dr. Paul Glassman, professor and director of Community Oral Health at the University of the Pacific School of Dentistry. Nationally, oral healthcare increased 300 percent from 2000 to 2012.

In fact, dental care costs are the third largest contributor to healthcare spending. Only heart conditions and cancer outstripped the $85 billion spent in 2011.

Glassman is considered a “dental care rock star” in the U.S., according to Gil Munoz, CEO of Virginia Garcia Memorial Health Center.

In his home state of California, Glassman has long evangelized about practical, evidence-based changes to change the way dental care is practiced, delivered and reimbursed.

For example, dental sealants –slow to catch on in dental offices – have been proven to prevent cavities and are commonly applied.

“It takes 15 to 17 years for an invention or innovation to go into general use,” said Glassman.

There’s a changing standard of care for the age-old practice of filling cavities, too. Evidence shows it’s perfectly safe to leave “incomplete caries,” said Glassman, without digging as deeply into a tooth. The newer “scoop and fill” technique takes off the easily reached disease, then caps it with a filling. What’s left under the filling dies.

“The procedure is very quick and can be done by a hygienist,” said Glassman. “There’s less pain and discomfort for children.”

The most revolutionary concept is something he calls “The Virtual Dental Home.”

Actually, this type of “home” is detached from a dentist’s office, with dental hygienists going into schools and other public places armed with cleaning tools, a handheld X-ray machine that looks like a hairdryer, and a computer connected to an off-site dentist who can make a diagnosis remotely.

The hygienists can do most work on-site after the exam, a far more efficient process than the typical two-appointment process.

“You can get things done that day,” he added. “We can keep two-thirds of kids in school and healthy.”

In California, there are tele-health teams throughout the state. Last year legislation passed to support Medicaid-funded tele-dentistry, and six other states are considering similar action.

While that’s great for California, what about Oregon?

“Oregon’s really in a great position to get something off the ground,” said Glassman, who recently met with representatives from the School of Dentistry at Oregon Health & Science University.

“We’re looking at replicating this in Oregon,” he added, referring to the “Virtual Dental Home” concept. A group from OHSU is working with legislators to get things going in hope of launching a demonstration e’s alproject within a year.  “I think we can reach a lot more people and have better outcomes.”

Kendra Hogue is a Portland-based freelance writer. She can be reached at [email protected], LinkedIn, or @prettydarntall on Twitter.

Telehealth is not secure

The HIPAA security rule does not apply to telemedicine. Period.

The Telehealth Alliance of Oregon references a white paper from the Center for Telehealth and e-Health law. “As defined in the Security Rule, ePHI (Protected Health Information)… does not include paper-to-paper faxes, video teleconferencing, or messages left on voice mail—because the information being exchanged did not exist in electronic form prior to the transmission.”

Compound this glaring omission, when hygenists do work in school based health centers, there's uncertainty whether HIPAA or FERPA applies.

FERPA applies to educational agencies and institutions that receive funds under any program administered by the U.S. Department of Education. Most colleges operate student health centers. As such, records maintained there are “education records,” and FERPA applies. The rules get really messy when these school-based health centers bill insurance companies. That’s when HIPAA security (but not privacy) rules may (or may not) apply.

University of Oregon is the epicenter of this controversy and it's not clarified with this Oregonian article today. UO quietly diminishes privacy protections at student counseling center, despite promises

To assure that this work is done securely and privately: