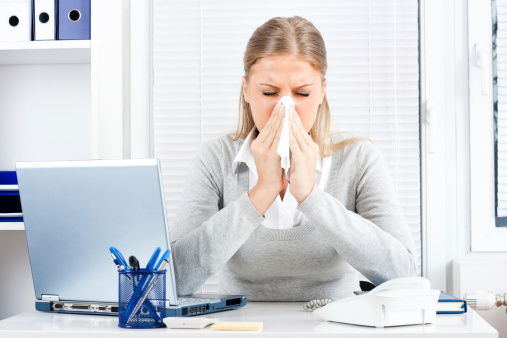 The Oregon Senate passed sweeping paid sick leave legislation on Wednesday, requiring all employers with more than 10 employees to give their employees up to five days or 40 hours of paid time that could be used when they or a family member falls ill.

SB 454 attempts to lift all boats, regardless of employment type, providing a work benefit to those at the bottom of the socioeconomic ladder, and ensures that home care workers and farm laborers are not left behind.

The bill allows employers the flexibility to enact more liberal policies, but at a minimum, employees will earn an hour of sick time for every 30 hours of work, and can take a day off after they’ve worked 90 days.

In the lengthy floor debate Wednesday, the Republicans used delaying tactic after delaying tactic trying to kill the paid sick leave law, proposing a number of amendments to water it down, such as excluding farm workers, limiting the impact to big business, or simply asking for more time to read a bill that’s been debated for months. The Democrats didn’t bite.

Sen. Michael Dembrow, D-Portland, one of the bill’s chief sponsors, said that while most higher income people are eligible for sick days, half of all Oregonians, including 80 percent of low-income workers, receive not a single day.

“This is one of the most striking examples of economic inequality that we face,” Dembrow told his Senate colleagues. “[SB 454] levels the playing field by requiring all employers to do the right thing.”

Although President Obama has called for it, the United States is the only First World country that remains without a national policy requiring employers to offer earned sick time. Oregon would be the fourth state to mandate paid sick leave, and the version of Senate Bill 454 that left the Senate would be among the most progressive in the nation -- surpassing laws in California, Massachusetts and Connecticut.

Sick Time for People Who Feed You

The inclusion of farm workers was among the items fought most fiercely and publicly by Republican opponents of an earned sick leave mandate on employers, in a dynamic that seemed straight out of “The Grapes of Wrath.”

Sen. Chuck Thomsen, R-Hood River, who owns a pear farm, stormed out of the Ways and Means Committee last week after it voted down his amendment to strip out farm workers.

Thomsen warned that his pears would perish on the tree because all his workers would call in sick the week of harvest. He accused farm workers of being so devious that they’d find work picking fruit in Washington while feigning sickness to him. “They’ll go across the river, work for them and collect paid sick leave,” he said.

“I hope you listen to the people who feed you, who provide fiber for your homes and fiber for your clothes,” said Senate Minority Leader Ted Ferrioli, R-John Day, referring to the farm owners, ranch owners and timber company owners -- and not the people who do the manual work of supplying food, whom he sought to exclude.

Ramirez told The Lund Report that conditions for farm workers in Oregon have been so bad that workers have been sickened by a disease more often associated with pioneers on the Oregon Trail than modern Oregon -- typhoid fever. “There hadn’t been a case of typhoid fever in the state in 75 years,” he said, before the outbreaks in 1984 and 1995. The first worker to get sick in one of those outbreaks tried to go home, but his supervisor refused to let him.

Ramirez said the life expectancy of a farm laborer is 49 years, and because of the exposure to pesticides and long days in the sun, their risk of cancer is 25 percent higher than the general public. Farm-laboring women are 50 percent more likely to miscarry a child. “Farm worker women have lost babies working in the fields -- in Oregon,” said Ramirez.

Aside from the great health hazards that farm workers face, almost none of whom get sick days, and can ill-afford to take a day off without pay, he said there was a public health risk similar to food service workers.  “The public doesn’t want to eat strawberries picked by sick people,” he said.

Many migrant workers won’t be able to take advantage of SB 454 -- the bill requires workers to spend 90 days on the job, and many workers finish the harvest in three months.  Dembrow said that 75 percent of farm workers do not work directly with farm owners, but through labor contracting companies, which would be responsible for managing the new benefit.

Sen. Alan Bates, D-Medford, told The Lund Report that the Democrats actually offered to cut out the farm workers, but the Republican objections were all cant -- in private negotiations, the GOP was still opposed to paid sick leave, and refused to support anything but a law that only applied to larger employers with 50 or more employees -- something few Democrats would stomach.

Bates was among the last holdouts on the bill, preferring legislation that shielded small businesses with fewer than 25 employees, but finally relented when it became clear that few other Democrats -- and no Republicans -- would go along with his preference. “I was looking for a compromise, but it was never at hand,” Bates said. “[Republicans] won’t compromise, and they complain there’s no compromise.”

Comparison to Other States

Connecticut’s law took effect in 2012, giving it the oldest but least progressive law  -- it applies only to larger employers with more than 50 employees. Laws in Massachusetts and California take effect July 1; if it passes the House, SB 454 goes into force on Jan. 1, 2016.

The voter-passed Massachusetts law is the closest to Oregon’s bill -- shielding employers with fewer than 11 employees, while offering five sick days, but ironically applies initially only to the private sector, leaving out many government workers because of the cost.

The California law applies to even the smallest of businesses, but it hypocritically leaves out state home care workers and guarantees only three days of paid sick time.

Including homecare workers in SB 454 was the biggest price tag for the state -- just over $1 million to the Department of Human Services.

Melissa Unger, the chief political director for Service Employees International Union Local 503, which represents state workers, including home care workers who help seniors on Medicaid,  said these people were easier to include because they already had 32 hours of earned sick time through their collective bargaining agreement.

Unger only had to lobby for an additional eight hours -- unlike California, where home workers have never earned sick time. The California General Assembly included them, but Gov. Jerry Brown vetoed that section of the bill and argued that taking their benefit from zero to 24 hours of earned sick time was more than the state budget could bear.