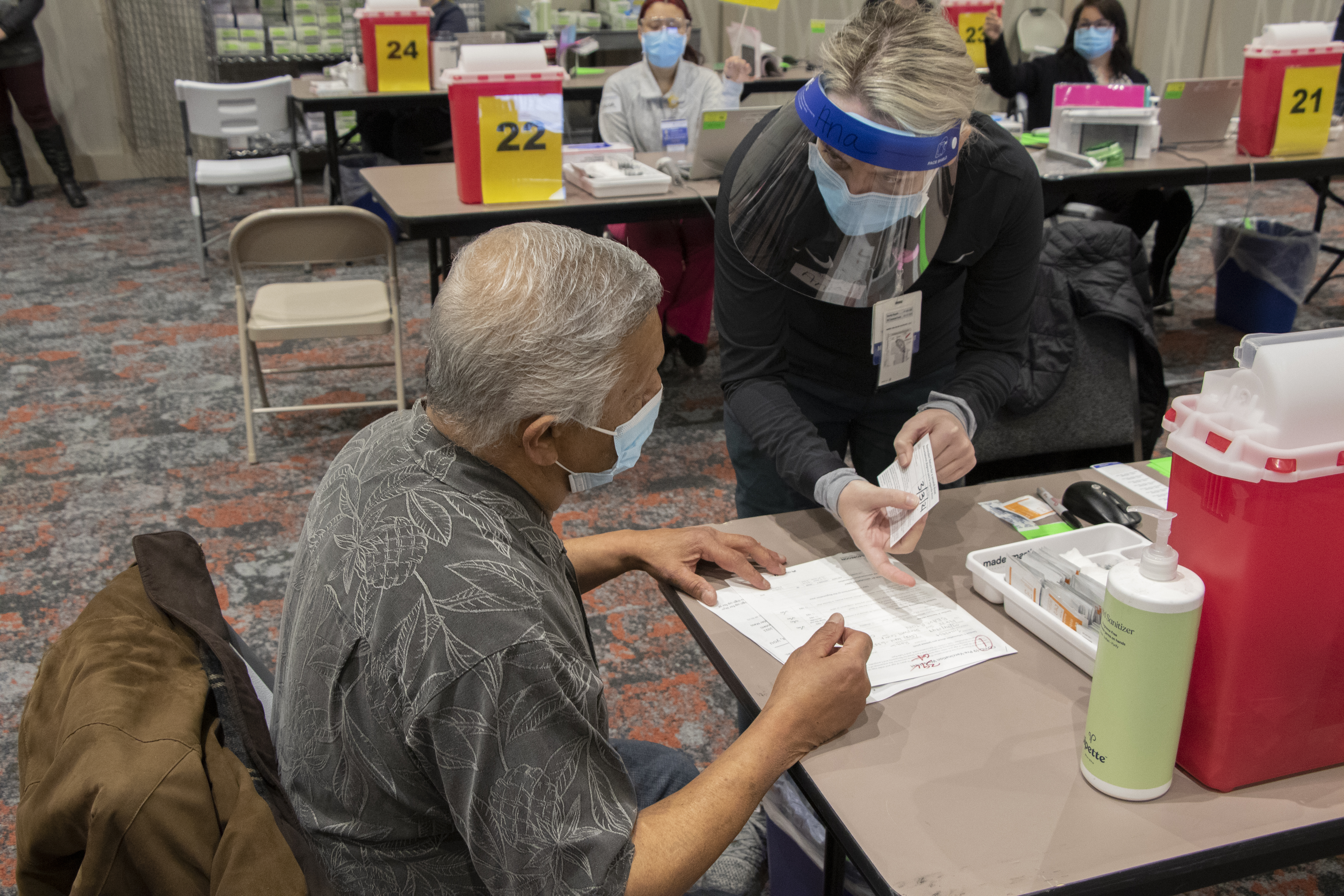 It’s been four months since the launch in Oregon and Washington state of mass vaccination clinics, which have played a key role in getting many hundreds of thousands of people inoculated against COVID-19.

The sites initially faced an onslaught of demand that forced the public to scramble for appointments. People shared links with their friends, allowing them to slip into closed clinics. Facebook groups emerged, with users sharing tips. Some people got up in the middle of the night to try to book appointments while others spent hours on the computer.

The state’s biggest mass vaccination site, run by Oregon Health & Science University, Kaiser Permanente, Legacy Health and Providence Health and Services at the Oregon Convention Center, announced on Monday that it will offer first doses through May 27 and close on June 19.

“Based on the volume of walk-ins and appointments scheduled the last several days, it’s clear demand is waning as the vaccine becomes more readily available, more Oregonians become vaccinated and health systems and partners refocus on taking the vaccine into smaller, neighborhood- and community-based settings,” the health care systems said in a joint statement.

OHSU has not made any decisions on the Hillsboro site but the airport clinic, which accepts walk-ins, will administer first doses through June 4 and close on June 26.

The only other mass vaccination site in the Portland area -- at the Clark County Fairgrounds in Ridgefield -- will continue, as least for now. The site, one of four mass sites in Washington state, has administered 80,000 shots so far, with an average of 1,000 a day as of last week, said Shelby Anderson, a spokeswoman for the Washington state Department of Health.

"Discussions are always ongoing to determine what the best strategy is to get vaccine to people quickly and equitably, and right now there are no plans in place to close our state-led mass vaccination sites," Anderson told The Lund Report. "If anything changes down the road, we will make sure to share that."

In Oregon, demand has slowed outside the Portland area. The mass vaccination clinic at the Deschutes County Fair & Expo Center in Redmond, which is run by the St. Charles Health System and county public health officials, will close on May 29. The site has given nearly 110,000 doses and experienced peak demand, with 3,000 shots a day, in March and April.

“It’s been an amazing effort, but it has wound down now,” Dr. Cynthia Maree, medical director of infection prevention for the St. Charles Health System, told The Lund Report. “We just gave out our last primary doses this last week. We will follow up with secondary doses and then they will be transitioning to a distributive model.”

That model involves doling vaccines to smaller clinics rather than to one large site.

The county will work with primary care clinics, hold pop-up events, work with pharmacies and provide vaccine to businesses to reach more people, he said.

Deschutes County has one of the highest vaccination rates in Oregon: 50% of the population is vaccinated. That compares with 52% in Multnomah and Hood River counties, 49% in Washington County and 45% in Clackamas County. Benton County is No. 1, with a vaccination rate of 57%.

Marion County, which is served by the mass vaccination clinic at the Oregon State Fairgrounds, has reached only 39%. Demand has slowed at the fairgrounds, according to Salem Health, which runs the fairgrounds site. But the health care system has no plans to close it.

“We are daily monitoring the demand and are assessing when demobilizing the mass vaccination site would be indicated in the future,” Lisa Wood, spokesperson for Salem Health, told The Lund Report. “Currently, daily totals of vaccine given are about 40 percent lower than this time a month ago at the vaccine clinic. While demand for first doses has declined, demand for the second dose is stable with a high rate for those returning for their second dose.”

Jackson County, with a 38% vaccination rate, also has a mass vaccination clinic. Located at Jackson County Expo in Central Point, it has drive-through and walk-through appointments, and shots are available for walk-ins on the spot. The site is operated by federal, state and county officials, who have not announced plans to scale it back.

Providers are expecting a bump in demand when the Pfizer vaccine is fully approved for children 12-15. The federal Food and Drug Administration on Monday approved emergency use of the vaccine on that age group . Oregon health officials said they are waiting for instructions from the federal Centers for Disease Control and Prevention and the go-ahead from a western states vaccine advisory group.

That could come this week.

Vaccinating younger teens -- the Pfizer vaccine is already approved for patients aged 16 and older -- will boost Oregon’s overall vaccination rate. But providers also need to persuade more older people, who face the highest risk of severe disease and death, to get vaccinated.

Many remain reluctant to get a shot they fear could cause deadly side effects like the Johnson & Johnson vaccine, which was briefly suspended while scientists investigated rare blood clots. Some people still think COVID-19 is similar to the flu, and perhaps they’ve never had a flu shot. Others don’t trust pharmaceutical companies, scientists or the media.

Providers have long known that mass vaccination clinics would not get Oregon to herd immunity, a level of inoculation from vaccination or infection that essentially stamps out the virus by depriving it of new bodies to infect. The rate for COVID-19 is high -- as much as 80% of the population needs to be inoculated against the novel coronavirus.

In the meantime, the virus is mutating as it infects more people. The highly infectious British strain, B.1.1.7, now dominates in Oregon, as expected. Other infectious strains are on the march as well. The variants appear to spread more rapidly. Existing vaccines are still considered highly effective against them.

But to increase vaccinations, officials are having to improvise.

“Our focus is on providing vaccine wherever it is needed,” said Wood, the Salem Health spokeswoman. “As we have throughout the pandemic and through vaccine response, we will adjust to meet the needs of our community.”

This new phase of the vaccination campaign will likely last months.

May 10 2021
News source:
The Lund Report
Keywords:
vaccine, Pfizer, mass vaccination site
×
This article is for premium subscribers. If you are one, please sign in below.
You can see two more premium stories for free. To subscribe, click here. We depend on premium subscriptions to survive, and they are tax deductible.
Sign InGo Premium Not now