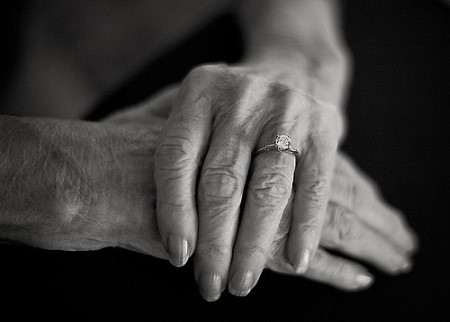 SALEM – As the Oregon legislative session nears its final days and lawmakers rush to move priority bills through committees, advocates of the state's pioneering Death with Dignity law are pushing for a change to increase patient access to life-ending drugs.

But the debate over whether to waive a 15-day waiting period for patients near death has drawn fierce opposition from Republicans, as well as an advocacy group more known for fighting abortion laws than opposing assisted suicide.

Opponents of Senate Bill 579 argued in Senate committee hearings in April – and again in a House committee this week – that waiving the waiting period for patients determined to have less than 15 days to live will put Oregon on a slippery slope toward on-demand suicide.

"We definitely are concerned about the assisted suicide law, just in general," Liberty Pike, spokeswoman for Oregon Right to Life, told The Lund Report. "We don't believe that it's good because of the concerns about it transitioning into euthanasia, which is what we saw in the Netherlands, where they passed an assisted suicide law, and now it looks more like euthanasia."

But proponents of SB 579 call opponents' claims misunderstandings, misleading or outright lies. They argue the 15-day waiting period between patients' first and second requests for a life-ending drug, placed in the original 1994 law as a safeguard to give patients time to change their minds, prevents some of the sickest patients from accessing the medications in their final days.

"After two decades of rigorously examined experience, we now know that many of the regulations within the act disincentivize provider participation and make it very difficult for terminally ill individuals to access this compassionate end-of-life care option," said Sam DeWitt, regional campaign and outreach manager with the nonprofit organization Compassion and Choices. "For a terminally ill patient with a prognosis of six months or less to live, 15 days is not an insignificant amount of time."

SB 579, passed out of the House Committee on Rules on Wednesday, would make some of the most significant changes to Oregon's Death with Dignity law – the first law in the nation allowing physician-assisted suicide – since it was enacted by initiative petition. Over that time, more than 1,400 terminally ill patients have ended their lives with lethal drugs, including 168 people last year, according to Oregon Health Authority data.

Amid concerns that the law could lead to on-demand suicide, multiple safeguards were placed in the law extending the timeframe between a patient making a first request for a lethal medication and actually receiving the drug. Those include requirements that a patient make a written request followed by two verbal requests, with a 15-day waiting period required between the verbal requests. The prescriber of the lethal medication must then wait 48 hours after the second verbal request is made to fill the prescription.

Only patients diagnosed with a terminal illness and determined to have less than six months to live can qualify, and patients must have two physicians involved in the process – one providing consultation and the other prescribing the medication.

Advocates say the exceptions in SB 579, proposed by Eugene physician Paul Kaplan, are needed because some patients deteriorate rapidly and are forced to endure unnecessary pain and suffering while waiting to receive the lethal drug.  The average time to complete the process from the first request to taking the medication is seven weeks.

"What (Kaplan) has learned is that in many cases, individuals who are having less than 15 days to live are in great pain," Sen. Floyd Prozanski, D-Eugene, a chief sponsor of the bill, told members of the House Committee on Rules this month. Patients "would like to be able to expedite it and not wait."

The Death with Dignity law has been a political lightning rod from the start, underscoring religious and philosophical divisions in the state including within the medical community. Some physicians opposed to SB 579 argued that terminally ill patients may lack the cognitive ability to provide the informed consent needed to legally end their lives. Removing waiting periods, then, would remove some of the necessary safeguards for a physician or family members to intervene, or for a patient to change their mind about ending their life.

"Towards the end of life, the brain function starts getting altered," Satya Chandragiri, a Salem psychiatrist, said this week. "Because of the fluctuating brain function, it becomes very difficult, almost impossible for them to have the capacity" to make an end-of-life decision.

Some Republicans and ideological opponents of the Death with Dignity law have framed the bill as elder abuse, claiming doctors could urge reluctant patients into ending their lives.

"SB 579 will actually only serve one purpose, and that purpose will be to make it easier for bad actors to harm the elderly who already face significant problems here in Oregon," Sen. Dennis Linthicum, R-Klamath Falls, said on the Senate floor last month, before the Senate passed the bill 16-11 last month, with all Republicans and two Democrats opposed.

Republicans in the House Committee on Rules echoed those fears before Wednesday's 4-3 party-line vote that sends SB 579 to the House floor. All Democrats supported it and all Republicans opposed.

Another bill that would have prohibited anyone but the patient from administering the end-of-life drug, House Bill 2217, passed the House in April but has since stalled in a Senate committee, with Death with Dignity advocates and opponents raising issues about it. Opponents argued it would amount to on-demand euthanasia, while proponents voiced concerns that patients unable to swallow a lethal drug would instead have to take it in intravenously and risk botching the procedure, rather than having a physician assist them.

Jun 12 2019
News source:
The Lund Report
Keywords:
death with dignity, assisted suicide, legislature
×
This article is for premium subscribers. If you are one, please sign in below.
You can see two more premium stories for free. To subscribe, click here. We depend on premium subscriptions to survive, and they are tax deductible.
Sign InGo Premium Not now