CEO Bill McMillan is confident the hospital can meet the community’s healthcare needs
By:
Steve Lindsley 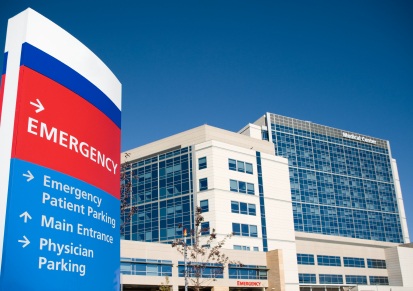 January 23, 2012 -- Even as Curry County’s unemployment rate inches downward, the CEO of the Curry Health Network, Bill McMillan, announced a work force reduction in the network’s three operating facilities. He said the 23 positions eliminated could save the network big money in a bad economy.

“This should save over $1 million annually,” McMillan wrote on the network’s website. “We honor those who lost their jobs and hope and pray for their welfare.”

The network’s three operating facilities are in Gold Beach, Port Orford and Brookings, and include Curry General Hospital, a licensed 24-bed facility in Gold Beach.

In a phone interview, McMillan said 2011 was not a good year. “The genesis of it is we’ve had six months of operating losses,” he said. There was also a loss of $552,000 in the prior year.

Curry has a contract with Quorum Health Resources, a Tennessee-based company that specializes in taking a look at how healthcare companies operate.

“We’re using them as a consulting company, not a management company,” McMillan said. “We’ll look to them to help us establish productivity standards for our departments and other things, like revenue cycles, evaluations, compliance programs and other things that would allow us to really advance in terms of our operation discipline.”

McMillan said the reductions have already had a positive impact on the bottom line.

“We’ve gone, on a month-to-month basis, from being several hundred thousand dollars lost to a positive $115,000 in December.” Labor costs, he said, account for half of the network’s operating expenses.

The reduction in force only included one registered nurse and reductions in nurse staffing hours, said McMillan who is confident Curry can meet the healthcare needs.

“Our core of what we do, which is laboratory, x-ray and nursing were relatively unchanged,” he said. “What we’ve done is reduce some people’s hours or change their work schedule.”

When McMillan arrived at Curry four years ago, it was a different environment. “The majority of people were leaving town for care,” he said. “We grew our physician base by employing physicians and building the big, new clinic in Brookings to meet the market share. A lot of people are critical of what we did in Brookings, but half of our volume and half of our revenue come from the Brookings zip code.”

Will things get better?

“I’m committed in doing what I need to do to keep this hospital working,” McMillan said. “We have way more retirees in Curry County than there are employed people. So, from a revenue perspective, if we can take care of the Medicare population, we’ll be okay. “