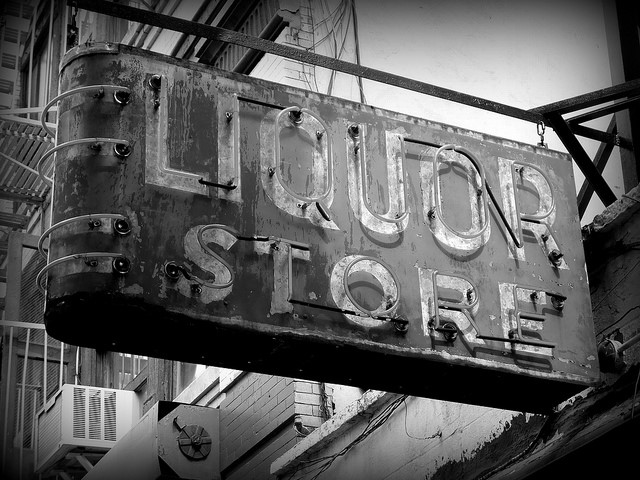 Oregonians with an alcohol addiction face a double-barreled set of challenges during the coronavirus pandemic.

People battling addiction are stuck at home while the state gives them easier access to alcohol, allowing restaurants and bars to deliver sealed bottles of beer, wine or cider to homes until 2:30 a.m. Meanwhile, recovery group meetings for people with substance use disorders have been canceled or shifted to online conferences and telephone calls.

Some people are bound to slip through the cracks.

Oregon has the third-highest drug and alcohol addiction rate in the country, according to a 2019 survey by the federal Substance Abuse and Mental Health Services Administration. Nearly 10% of Oregon teens and adults have a substance use disorder. The national average is 7.3%.

State lawmakers and advocates say the Oregon Liquor Control Commission left public health out of the equation when alcohol regulations were loosened to allow expanded delivery hours during the pandemic. They have concerns that the situation will worsen the state’s  addiction crisis when vulnerable people have reduced access to treatment services.

Gov. Kate Brown shut down restaurants and bars to halt the spread of the respiratory disease, unless they offer carryout or delivery service. Now, no one can drink in an Oregon bar.

“Giving people alcohol is the opposite of what you want to do in a crisis situation,” said Mike Marshall, executive director of Oregon Recovers, an advocacy group for people recovering from addictions.

Advocates say the changes are at odds with the state’s public health interests.

“While our public health officials are figuring out innovative ways to keep people out of emergency rooms, the other side of the organization is trying to figure out how to increase revenues,” Marshall said.

Marshall said the group doesn’t want the state to shut down establishments and put the industry out of business. However, it’s a bad move to expand home deliveries in a crisis situation with a high demand for emergency room beds, he said.
“Those increased alcohol sales are going to exponentially increase negative impacts on the public health system,” he said.

The leaders of both health care committees in the Legislature sounded the alarm about the public health risks.

“The OLCC actions appear to be blind to the public health consequences of increased alcohol sales,”  Rep. Andrea Salinas, D-Lake Oswego. Sen. Laurie Monnes Anderson, D-Gresham, wrote to the commission, criticizing the move prior to the commission’s action.

The lawmakers said there will be more emergency room visits and relapses with the change to delivery. That’s on top of existing challenges.

“Due to COVID-19, meetings have been canceled, denying our recovery community the fundamental tools they need to manage their chronic condition, substance use disorder,” the letter said. “Statewide programs providing access to certified peer or recovery mentors that can assist Oregonians struggling with their recovery are lacking therefore, we should expect, over the next several months, a sharp spike in relapses and overdoses.”

In an interview, Salinas said she understands the need for restaurants and bars to stay in business and keep Oregonians working. However, more dialogue is necessary between the industry and people who work in addiction and recovery, she said.

“I would have liked to have seen that public health lens,” she said.

Rule Will Stay In Place For Months

Matt Van Sickle, spokesman for the commission, said the changes will stay in place until mid-September. It will be up to the commission to decide whether to extend them. He said the goal is to provide businesses another path to sell during the current restrictions, not increase access.

“The one thing we have to emphasize is through these actions we’re not really making alcohol more available for people,” he said. “We’re only providing another avenue for people to engage safely to meet the terms of the governor’s order.”

Jason Brandt, president and CEO of the Oregon Restaurant and Lodging Association, said the changes will help restaurants and preserve jobs..

“This one opportunity is not going to save restaurants, but this opportunity with a robust takeout plan can potentially help restaurants find a path forward,” he said. “Most are still going to have a really tough time. I don’t want to sugarcoat it.”

He said concerns about the regulations increasing consumption are unfounded because home delivery already was allowed under existing laws and grocery stores still provide another avenue of access for people.

“To me, there’s no distinction,” he said.

For now, recovery centers are doing what they can to serve people with virtual services. Recovery groups pumped out information on social media and adapted as much as possible to the restrictions on group gatherings.

“All of the groups went virtual real quick,” said Tony Vezina, executive director of 4D Recovery, a Portland-area service for people between 18 and 35 years old. The organization has recovery meetings, peer mentoring and community centers.

Individuals react differently to the shift away from group activities to talk about substance use disorders depending on their needs.

“It varies,” Vezina said. “There’s some people who really need that connection and then there’s other people who already spend a lot of time on their phones already.”

During the transition, people have concerns about losing people in recovery, such as newcomers to programs or people without adequate resources.

“I think that in the very beginning of the social distancing there was this time period where services halted and stopped and we’re figuring out how to provide services again,” Vezina said. “But there’s definitely people who are slipping through the cracks.”

4D Recovery operates centers in Northeast Portland and Hillsboro. It also operates a recovery house in Gresham with 18 people.

The recovery centers serve as gathering places for youth people, drawing more than 1,000 people each month. They had to close down because of coronavirus.

“A critical component of what we do has been taken away because we shut down our recovery centers,” he said.

4D Recovery operates recovery centers in Northeast Portland and Hillsboro. It also has a recovery house in Gresham with 18 people.

The recovery centers serve as gathering places for youth, drawing more than 1,000 people each month. They had to close down because of state restrictions.

“A critical component of what we do has been taken away because we shut down our recovery centers,” he said.

The organization has contracts to provide services in Multnomah and Washington counties, which provides a steady source of revenue. They may lose money if clients in the house are unable to pay rent. However, 4D Recovery has not had  any layoffs and will not need to make any, he said.

Oregon Recovers launched a website with resources and information for people to use during the outbreak.

Concerns will last as the pandemic continues and people are isolated in their homes.

“It puts people at a significant risk and it’s a population we don’t want relapsing,” Marshall said.