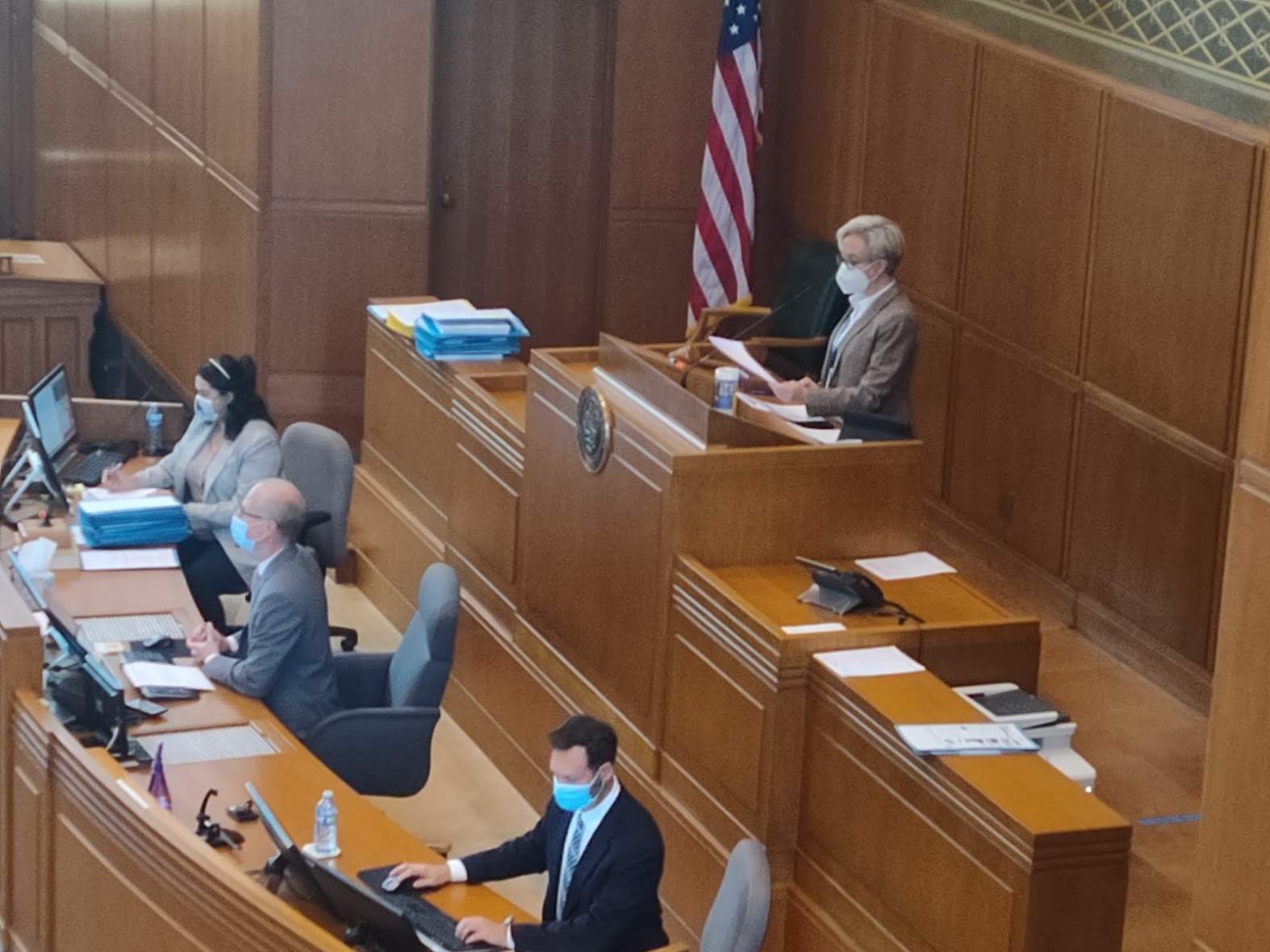 Proceedings in the Oregon House have been delayed once again after another positive case of COVID-19 within the state Capitol.

Oregon House Speaker Tina Kotek, D-Portland, announced on Tuesday morning the latest positive case of COVID-19 would mean the House would delay voting on bills until April 26th. It’s the third time the House has been forced to cancel sessions due to the virus. The other two cases happened last month.

It’s unclear if the positive case was a lawmaker or staff member.

“We don’t have enough information to indicate a need for all who were on the House floor to quarantine,” a letter from Jessica Knieling, the interim Human Resources legislative director wrote. “However, the individual did spend time on the House floor last week, and last on April 15.”

The state Capitol remains closed to the public in an effort to curb the spread of the coronavirus. Lawmakers are trying to social distance and wear masks when they are on the House floor to vote. All committee meetings are virtual and the Democratic caucus meetings are also virtual.

When asked whether the Republican caucus was meeting in person or virtually, Andrew Fromm, spokesman for House Republican Leader Christine Drazan, didn’t answer the question.

Instead, he sent a prepared statement from Drazan in a text, “The Legislature as a body agreed to operate in accordance with health and safety guidelines set forth by the interim Legislative Administrator in consultation with OHA. This includes the Republican caucus.”

The latest cancelation of floor sessions come at a time when the House has finally been able to start working through a backlog of bills.

After a weeks-long standoff that dramatically slowed business in the House, lawmakers struck a deal that allowed them to start moving through bills at a quicker pace. Legislative Democrats relinquished their advantage on a committee charged with redrawing the state’s political districts and Republicans agreed to stop blocking bills with delay tactics.

The latest delay will mean a package of police accountability bills that were scheduled for a vote on Tuesday will be delayed.

Earlier this month, the state’s health authority set up a private drive-up clinic for lawmakers. Legislators were offered the one-shot vaccine offered by Johnson & Johnson.

This story was published by Oregon Public Broadcasting.