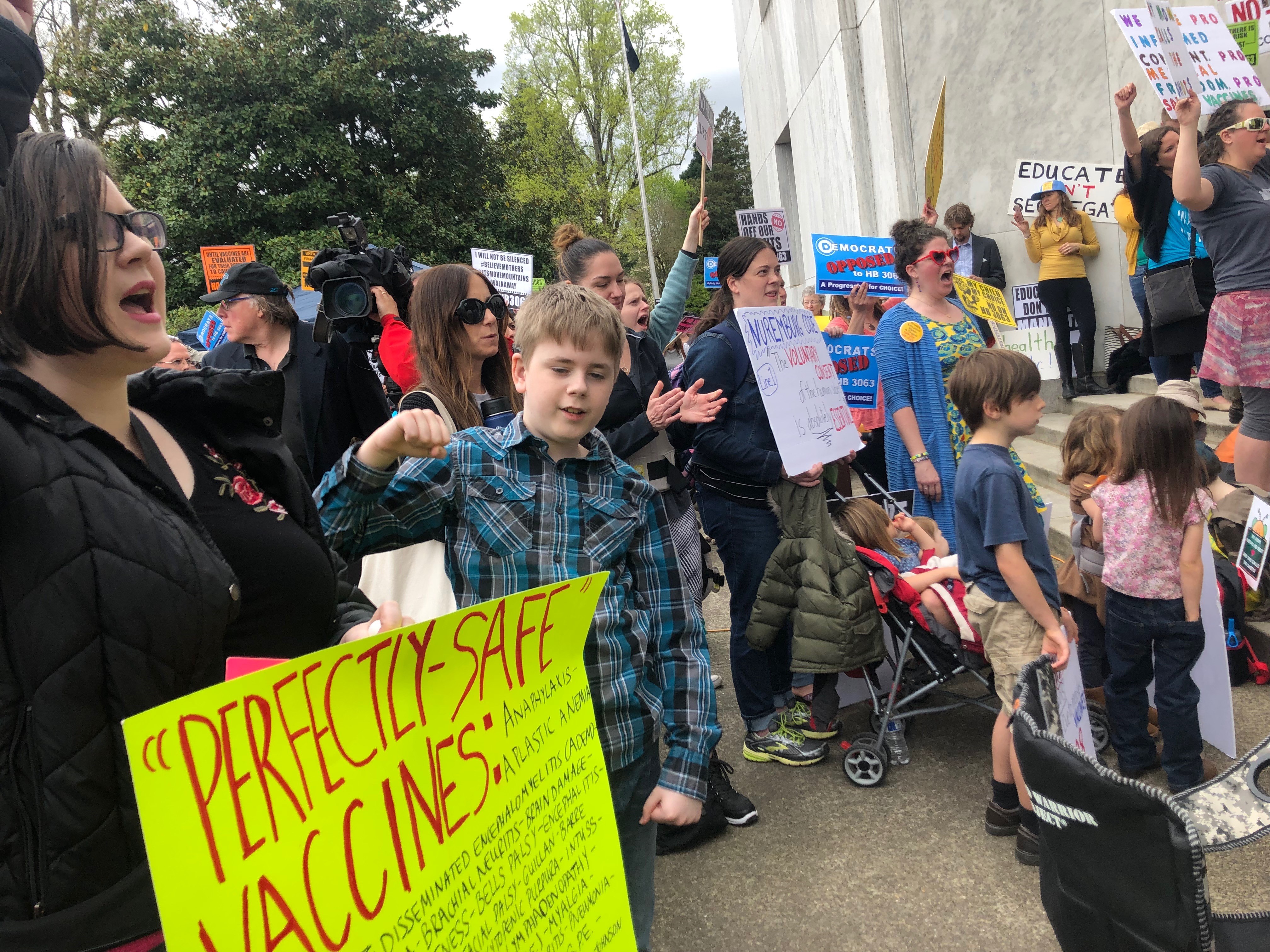 The vaccination bill that has roiled the Oregon Legislature, spurred large protests and emotionally charged testimony will get a full vote in the state House of Representatives next week.

The House has scheduled a Monday floor vote for House Bill 3063, which would remove non-medical exemptions for school aged children. Passage of the controversial bill would end Oregon's long-standing practice of granting religious and philosophical exemptions to parents who choose to alternate their child's vaccination schedule or decline to vaccinate them entirely.

HB 3063 is expected to pass the House, where Democrats have claimed their largest majority in more than four decades, 38 to 22. Votes to advance the bill out of the House Committee on Health Care and the Joint Committee on Ways and Means earlier this session passed largely on party lines, with Democrats supporting and Republicans opposed.

With Rep. Cheri Helt, R-Bend, supporting the bill, at least nine Democratic no votes would likely be required to defeat it on Monday.

Passage would send the bill to the Senate, where it could face a narrower path to the 16 votes needed to be send to Gov. Kate Brown's desk. Brown has said she supports it.

Democrats have an 18-12 advantage in the Senate, but at least two Democrats – Sen. Lee Beyer, D-Springfield, and Sen. Jeff Golden, D-Ashland, have said they'll vote against it. Yet the bill has at least one Republican supporter in Sen. Chuck Thomsen, R-Hood River. The bill would pass 17 to 13 if Beyer, Golden and Thomsen were the only defectors.

Proponents of the bill, including numerous doctors, nurses and other medical officials that have testified in House and joint committees, call HB 3063 a sensible step to prevent resurgences of once-eradicated preventable illnesses like measles from spreading in Oregon. Large outbreaks this year of the highly contagious and preventable disease infected more than 70 Clark County children and more than 500 people in New York. Los Angeles County is currently grappling with a measles outbreak, and each pocket of the disease's resurgence has been attributed to populations of unvaccinated children or teenagers.

About 31,000 Oregon children aren't fully vaccinated according to the Centers for Disease Control and Prevention's recommended schedule. The state has the highest rate of kindergarteners lacking one or more vaccines due to a non-medical exemption in the country – 7.5 percent.

But opponents of mandatory vaccinations have called those concerns overblown and assailed HB 3063 proponents for wanting to control how they care for their children. Starting in 2020, school aged children who aren't fully vaccinated would be barred from attending public or private schools in the state if the bill passes, though they could pursue their studies online.

Numerous parents who have not vaccinated their children fully or at all have given anguished testimony about the burden they would face if they had to pull their children out of school. Some have said they'll leave the state if HB 3063 passes.

Protesters have staged several large rallies outside the Capitol and recently taken to placing tape over their mouths, claiming evidence they've offered that vaccines are harmful to children have been ignored.

The CDC and a vast majority of the medical community conclude that vaccines benefit public health.