Last session, when Senate Bill 99 passed the Legislature, consumer groups expressed disappointment because the exchange wouldn’t have the ability to negotiate insurance rates
By:
Amanda Waldroupe 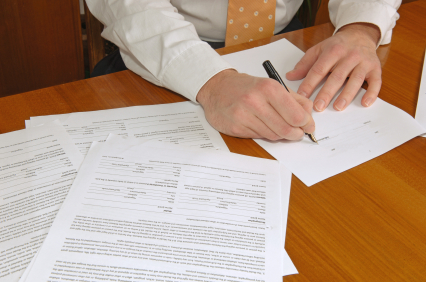 January 12, 2012 — Leaders of some of Oregon’s most progressive consumer groups signed onto a letter this week advocating for six priorities the staff and board of directors of Oregon's health insurance exchange should have this year as they work to create the exchange.

They include leveraging the buying power of individuals and small businesses to improve the quality of insurance plans and lower costs; accountability and transparency; offering more than one insurance plan; consumer-friendly enrollment processes, and the ability for as many Oregonians as possible to use the exchange.

Rick Bennett, the lobbyist for AARP Oregon, voiced his organization’s strong support when the exchange board met yesterday to discuss the business plan that goes before the Legislature next month.

“We believe that this exchange [has] a tremendous opportunity to provide benefit to our citizens,” Bennett said. “We want to be as supportive as we can of your work.”

For organizations such as AARP Oregon, this represents an about face from what occurred last year when Senate Bill 99, which created the exchange, worked its way through the Legislature. The other organizations include the Oregon Center for Public Policy, Oregon Health Action Campaign, Children First for Oregon, the Oregon Primary Care Association and OSPIRG.

At the time, those organizations refused to support that bill because there were no assurances the exchange would be able to negotiate rates with insurance companies.

“We wanted to see a very strong piece of legislation passed. We were disappointed, and in the end, we could not actually come to support the bill,” Bennett said. “That’s in the past.”

The exchange will become a one-stop shopping place for uninsured individuals and small businesses to learn about, compare and purchase affordable healthcare coverage. It will become operational in January 2014.

“If the exchange is done right, it can help consumers find affordable coverage, and better coverage,” said Laura Etherton, OSPIRG’s healthcare advocate. “We have a lot of hope. It could be top notch.”

Etherton, and other consumer groups, view the exchange’s work as critical this year. Aside from finishing the business plan, its board and staff are laying out the groundwork for developing the web infrastructure needed for consumers to easily navigate and compare plans, as well as other components.

With healthcare costs and insurance rates quickly rising, Etherton said the exchange will play a key role in determining whether costs will continue to rise to the point of collapsing with no one able to afford coverage.

Because of rising rates and premiums, “Individuals and small businesses are hanging on by their fingernails,” Etherton said.

If the exchange can permanently lower rates and, thereby, healthcare costs, it could be a game changer, she added. The worse case scenario is that the exchange turns into a “fancy website making it easier to sell insurance.”

Following the release of