Both emphasized the need for a strong safety net, self-sufficiency to improve health outcomes
By:
Christen McCurdy 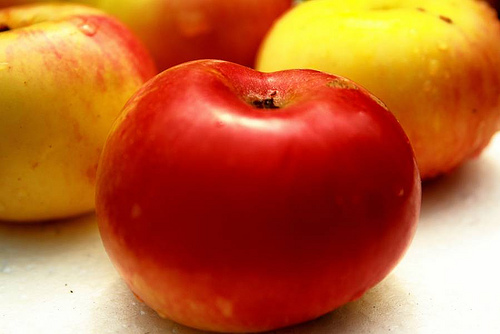 Steiner Hayward's remarks emphasized the continued need for a strong social safety net, and Conger concurred, adding only that the safety net should be equipped to bounce people out rather than let them get trapped inside.

“I think of Oregonians who need our help deserve to be treated with the kind of dignity that's going to get them truly self-sufficient,” said Steiner Hayward, a family physician at Oregon Health & Science University who sits on the Senate Committee on Health Care and Human Services.

In rural areas in particular, she said, access to transportation makes a big difference, especially for people with chronic health conditions who need to be able to travel to appointments. “We don't operate in a vacuum.”

Conger said he was focused on making sure people who are in safety-net programs get off if they can. “Not everyone can,” he said.

Shifting more specifically to coordinated care and cost-cutting, Conger said, “If it was easy to bed the cost curve in healthcare, someone would have done it already.” When Steiner Hayward alluded to Gov. John Kitzhaber's oft-repeated air conditioner story – used to explain the concept of a global budget that would allow billing for things other than drugs or doctor visits that can nonetheless improve a patient's health – Conger laughed and said, “Oh gosh, don't tell it again.” But he nodded as Steiner Hayward ticked off the importance of transportation, housing and nutrition for health outcomes, and praised a Lane County program where pregnant women are given small cash rewards to stop smoking.

But gathering data on what patients need is still a challenge: “As a family physician, I've been asking these questions for years,” she said. “I bet every other provider here has too. We just couldn't do anything about it.”

That's because patient privacy laws prevent data from questions asked during a routine visits – as opposed to a formal study – from being collected and analyzed.

“I would hope and expect that we will start to use those kinds of data as a benchmark,” Steiner Hayward said, later referring to Senate Bill 450 – which she co-sponsored and which was signed into law this summer – as a “barrier buster” that, because it creates a task force on the delivery of human services, could help. The task force is intended to investigate the ways different human services agencies are already trying to streamline their delivery processes, and make recommendations for improved communication between silos.

“I agree that we have to protect privacy,” she added, but accessing patient information is also important so social services providers can, for instance, contact the majority of supplemental nutritional assistance program (SNAP, or food stamps) recipients who've received letters about enrolling in the expanded Oregon Health Plan.

“It seems to me there is a cross fertilization between mental and physical health,” Conger said, adding there isn't a central repository for data on physical and mental health.

Image for this story by Vivek Raj (CC BY 2.0) via Flickr.