By December his office estimates there’ll be 1,000 new garden plots which will give people more access to fresh produce and healthy foods
By:
Christen McCurdy

August 23, 2012 -- Portland City Commissioner Nick Fish's office is more than four-fifths of the way toward fulfilling its 1000 Gardens initiative, which he announced in 2009. By December, the city will have added 1,000 new community garden plots to existing gardens, parks and spaces not currently used for gardens.

The initiative is part of a larger push to ensure more access to fresh produce and healthy foods – and includes an education program about how to grow and prepare foods. 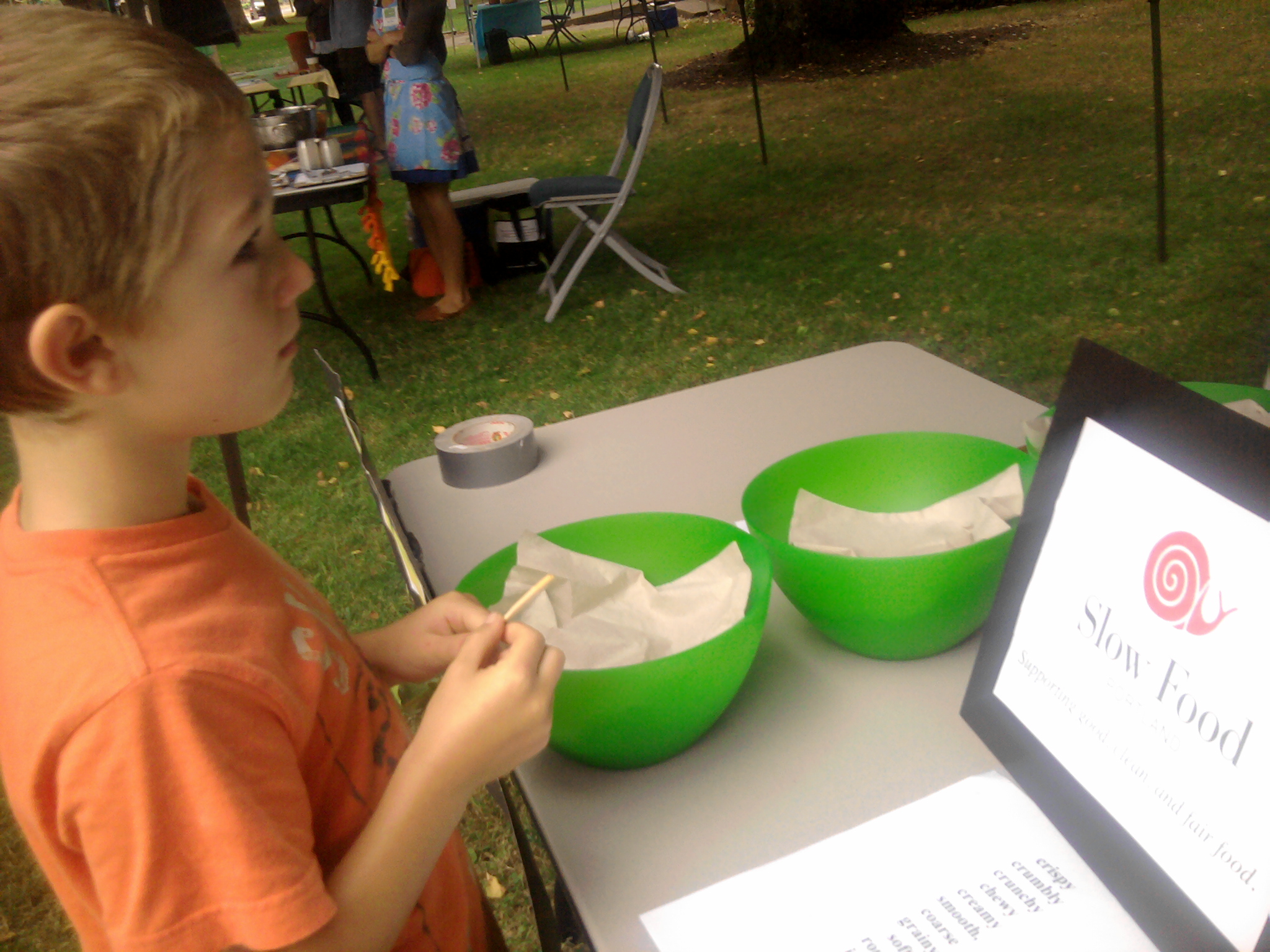 An event held last weekend in St. Johns called Kids Cook included vendor booths with samples of locally produced foods. Children who tried all the foods were eligible for prizes, and the event included cooking demonstrations from local officials and cooks.

Abby Warren, community gardens liaison for Fish's office, helped distribute small planter pots and showed children how to fill them with soil. After kids selected free seeds distributed at the event -- all
crops like broccoli, spinach and peas, which grow well during the winter months – Warren showed them how to plant the seeds. Recipes for the dishes served at vendor booths, and prepared during the cooking demonstrations, were also available.

“The hope is to increase access to healthy foods,” Warren said, especially among Portland's children. Plots in Portland's community gardens cost as little as $20 and as much as $80, depending on their size and whether the gardener requests an ADA-accessible raised bed. That fee includes water and access
to a community garden shed. (More information on available garden plots, including an application, is available here.)

While gardeners are responsible for providing their own seeds, plants, soil amendments and tools, scholarships are sometimes available to assist with plot costs, and supplemental nutritional assistance cards (also known as food stamps) can be used to buy food-producing seeds and starts.

Vendors at Kids Cook included other community organizations dedicated to healthy food access, including Slow Food Portland, Grow After School (an after-school program at the St. Johns Community Center, which includes gardening classes and the chance to try new foods, as well as craft projects and homework help) and Growing Gardens, a nonprofit that assists with installation of home gardens.

The Portland Kitchen, a new non-profit at the event, is offering a culinary after-school program at Madison and Parkrose high schools. Co-founder Abigail Herrera said the program's focus is job skills and addressing high youth unemployment rates in the Portland area, but the curriculum also has a nutrition component.

“When you cook more food at home, you eat fewer calories,” according to Herrera, who said that some research studies have shown that cooking regularly at home is a greater predictor of good health outcomes than family income.

Madison and Parkrose were chosen because they each have a high percentage of students eligible for free meals, and teachers had told Herrera that many students seem to come to school only to eat, showing up early for breakfast and leaving school after lunch. Providing food after school may increase attendance, and help students develop healthier long term habits, she said.

Image for this story by Christen McCurdy.