A tight deadline has insurance brokers working overtime to help a group of Pacific Islanders to get insurance, but a rule requiring them to pay deductibles upfront has some members facing collection agencies.
By:
Chris Gray 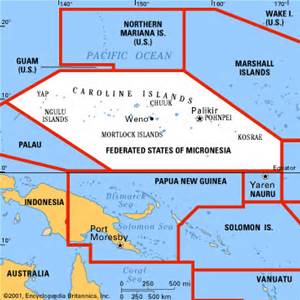 The state is aggressively signing up people for a special health insurance program for Pacific Islanders, but the design of the program has barriers that are making it hard for the recipients to use their care, and some have been sent to collections.

A 1996 federal law bars using federal Medicaid funds for these islanders, who are natives of former U.S. territories included in the Compact of Free Association, or COFA. The restriction had meant that a couple thousand of these Oregon residents were shut out of the Obamacare healthcare expansion and remained uninsured.

In addition to covering the cost of the premium, the COFA Premium Assistance Program was also intended, like the Oregon Health Plan, to cover any out-of-pocket costs that Oregon residents from these islands might face, including copayments and deductibles.

The state, with help from the federal government, is covering these costs, but only on the back-end. Recipients must pay the bills upfront and then get reimbursed by the state later.

The health plans that the Department of Consumer & Business Services has approved for the COFA residents are generous -- with deductibles limited to $100 and an out-of-pocket maximum of $800.

But even $100 can be difficult to come by for someone in poverty, and those needing surgery or other services beyond a simple office visit have been challenged by the arrangement, forcing some to scrounge for help from family members or in their church community, while others have ended up in arrears. Of about 500 people in the program, possibly 10 percent have unpaid medical bills and this is jeopardizing their ability to renew coverage for next year.

“People are losing their coverage because they can’t pay upfront,” said David Anitok, a COFA community leader. Anitok said the debt, however small, was especially hard on some islanders because of their particular Christian faith: “They’re so religious, if you owe one penny, you’re in debt, you’re in debt to heaven.”

Elizabeth Cronen, the spokeswoman for Oregon’s health insurance marketplace, which helps run the COFA Premium Assistance Program, said other ideas for covering the out-of-pocket costs, including directly billing the state or offering COFA members a preloaded debit or EBT card for expenses had been considered and rejected.

“We’re very sensitive to the financial hardships that COFA program participants face, and have tried to create a process that serves its members, and balances good stewardship of public dollars and patient privacy,” she said.

“Preloading debit cards puts public dollars at risk, as that would offer funding to program participants without confirmation they had received health services eligible for reimbursement. And the program doesn’t accept direct billing from providers … because of privacy restrictions under HIPAA. We need the patient to submit the documentation to the program.”

It was still unclear from Cronen’s response why the state couldn’t direct the COFA members to submit unpaid medical expenses for payment instead of paid bills, and Rep. Alissa Keny-Guyer, D-Portland, said she would like an administrative fix if one were possible.

“That is a program design flaw that people are being asked to pay upfront,” Keny-Guyer said. “I think the hospitals should also step up and provide some charity care. They’re already getting a better deal than they would otherwise. I think it’s on them to do their part as well.”

Ultimately, Keny-Guyer would like Congress to change the law that prohibits COFA residents from receiving Medicaid while living in the United States. She was also open to shifting them to the Oregon Health Plan, with the state paying full freight, as it as does with unauthorized immigrant children and new mothers.

Cronen acknowledged the imperfection of the program: “Program staff at DCBS definitely understand that the reimbursement process has unmistakable downsides for the people it serves. The COFA program is new, nearly unique in the U.S., and right now it is operated entirely as a manual process. Input from participants and COFA community leaders is vital for finding a balance and improving the program as it continues, and the viability of a smoother process for reimbursements is constantly being considered.”

The state has been very proactive in getting people to sign up for insurance, and despite the challenges some members have faced in its first year, 2017, the program’s enrollment could double for 2018.

The Trump administration’s decision to cut this year’s Obamacare enrollment period in half -- from three months to six weeks, Nov. 1 to Dec. 15 -- created a time crunch for the COFA islanders, who must gather a number of other documents through a manual process, in addition to picking a plan online.

They must document that they are ineligible for Medicaid and prove their legal residence both in Oregon and the United States, along with their origin in the islands in the compact -- Micronesia, Palau and the Marshall Islands.

“They have to prove they are from the COFA islands,” said Josh Osborne, an insurance agent whom the state has hired to assist applicants with enrollment. Osborne said he has signed up 177 new people since early October, when the state issued a form to prove state residency. “I’ve personally been helping people fill out that application,” often at the applicant’s home, he said.

In addition to the challenging deductible rules, this can also be a taxing process for COFA islanders. Many of them do not have the documents that middle-class Oregonians take for granted. They often do not have a driver’s license, a paystub, a lease or even a utility bill. Many of the islanders are older people who are living with family members and walk to their destinations.

Applying for a state identification card costs $39.50, and may require a family member to vouch for them. Osborne said they can also have their name added to a lease agreement if a landlord is available and cooperative.