Coalition of CCOs and Doctors' Groups Pour $1.4 Million into Elections

The Coalition for a Healthy Oregon proved an effective political counterweight to insurance, pharmaceuticals and hospital interests, backing legislation to create and strengthen CCOs.
By:
Christopher David Gray 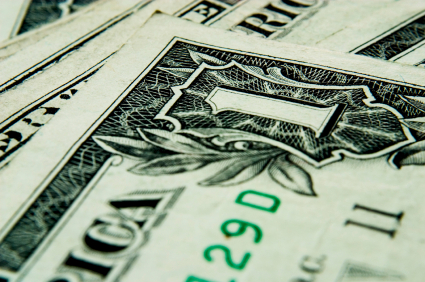 Editor's Note: The WVP Health Authority represents the Salem area on the Coalition for a Healthy Oregon, but its CCO does not belong to the organization. We regret the error.

The combined efforts of a coalition of CCOs and doctor’s groups shelled out nearly $1.4 million in the last election cycle, roughly the same money spent by the Oregon hospital association, health insurance companies and drug companies combined.

The Coalition for a Healthy Oregon, a political action committee that represents members of seven coordinated care organizations, spent $478,000 since 2011 on political campaigns.

Each CCO in the state has been allowed to form organically, creating different makeups at each one, but the CCOs in the Coalition for a Healthy Oregon are heavy with physician groups, while others give a more prominent role to hospital systems or insurance companies.

Members of the Coalition for a Healthy Oregon are also key players at Trillium in Lane County; FamilyCare in Portland; Cascade Health Alliance in Klamath Falls and AllCare in the Medford area. The WVP Health Authority, a Salem physicians' group and key organizer of Willamette Valley Community Health, is also a member.

Jeff Heatherington, the CEO of FamilyCare, said the organization formed a political action committee 10 years ago to comply with campaign finance law and influence health policy after the state Medicaid plan was hit with big cuts and faced an uncertain future.

“We were concerned about adequate funding for the Oregon Health Plan,” Heatherington said candidly. “Now it’s a matter of survival. We need to be at the table.”

Heatherington said bigger moneyed interests like drug companies, insurance companies and hospital systems have an outsized presence in healthcare, and the coalition allows the physician groups to even the playing field.

As a comparison, the Oregon Association of Hospitals and Health Systems spent $246,000 and 19 drug companies handed out $491,000. Leading insurer Regence BlueCross Blue Shield spent $236,000, almost entirely on Republicans, many of whom lost their elections.

The dollar amount is still lower than the combined total of four major unions — AFSCME, SEIU, the Oregon Nurses Association and the Oregon Education Association. The labor groups spent just under $2 million in the past election cycle.

SEIU spent $700,000 through two funds close to evenly split — one borne out of union dues and the other from a political action committee, Citizen Action for Political Education, in which thousands of SEIU members gave directly for political causes.

Heatherington said the coalition was effective in pushing legislation like Senate Bill 725 that gave more certainty to CCO contracts as well as keeping pressure on Salem Health to drop a lawsuit against the Willamette Valley CCO through the bad actor bill, House Bill 3309.

“It was used very prominently to get Salem Hospital to the table,” he said. “We hope that it calmed down everything.”

The bill died in the House Rules Committee, but the two parties agreed to a settlement just before the end of the session.

The coalition’s money was bolstered by doctor’s groups in several counties, including Douglas, Marion, Polk, Jackson and Josephine.

The Douglas Physicians spent $413,000, most heavily on Roblan, giving him $37,500. They also gave $28,500 to Sen. Laurie Monnes Anderson, despite her seat being across the state in Gresham. Monnes Anderson chairs the Senate Health Committee and wields hefty over healthcare bills.

The doctors in Marion and Polk counties, who worked to form the Willamette Valley Community Health CCO, paid out $441,000 under their political action committee, Doctors for Healthy Communities.

Bates was not up for re-election in 2012 but he faces a tough rematch in 2014 with his 2010 nemesis, retired Marine Col. Dave Dotterrer, whom he bested by just 275 votes last time, nearly sweeping Bates out of office in the Republican Tea Party wave.

The political action committee of the Mid Rogue Independent Physician Association chipped in another $50,000, about half of which went to Bates, who practices medicine in that region. Rep. Wally Hicks, R-Grants Pass, received $9,000, followed by Kotek with $5,000.

To review previous articles on campaign finance in Oregon click here and here.