Clinic for the Uninsured Sees Surge in High Needs Patients 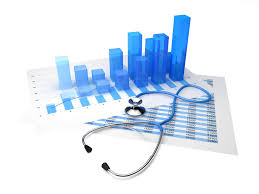 A community-sponsored health clinic that serves the uninsured in Hillsboro and Portland is busting at the seams with low-income patients who have complex medical needs.

The Southwest Community Center initially saw an 18 percent patient decline following the passage of the Affordable Care Act, but those numbers have gone back up, said Samira Godil, executive director. “We’re at capacity at both locations.”

The center does not bill for Medicaid and is not a Federally Qualified Health Center, but relies on community and private donations.

Recently, the center has seen a higher demand from patients, meaning longer visit times, with the clinics often booked out one to two weeks.

“Our sense is that since the ACA, those left uninsurable are people who have higher needs as well,” said Tamar Farber, development and project manager.

“At SWCHC, it has become clear that following the Affordable Care Act in 2014, those who remain uninsured are accessing healthcare sicker and in need of more extensive services. All these factors translate into more time invested into each patient,” according to the report.

Average visit times have also gone up from about 20 minutes to an hour. The center, which started 14 years ago, typically sees migrant workers, the undocumented and those with low incomes who cannot afford health insurance or have had difficulty navigating the federal system.

Some patients are transients who’ve not seen a doctor for several years and may have multiple health problems, Farber said. “We’re not at all downsizing or decreasing. We’re consistently adding more services to accommodate the patients.”

In January, the center is adding a dental hygiene program in January and hopes to hire case management staff to help patients with more complex needs.