As much as $20 million in private funding could be leveraged with a $5 million state investment in new housing for people with mental illness, opening up spots for people stuck in more institutional settings like the Oregon State Hospital. The money would also relieve pressure on the state rental market, since state policy will limit the units for people with disabilities to 20 percent of the apartment complexes, allowing them to blend in with the general population.
By:
Christopher David Gray 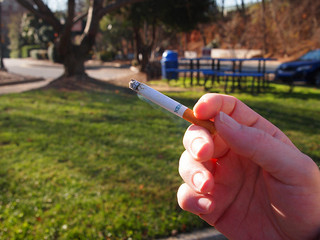 With every pack they buy, Oregon smokers may be inadvertently working to reduce the state’s housing shortage while helping the state move people with mental illnesses back into their home communities.

That’s because last October the Legislature passed a graduated 15-cent cigarette tax, which will raise an expected $20 million through July 2015. The Oregon Health Authority has $10 million of those dollars dedicated to helping people with mental disabilities meet their housing needs.

A human services legislative budget committee learned Monday that the state will pump $5 million into a fund to provide rent subsidies for people with mental health disabilities, while $5 million is being put into an account to fund an idea proposed by the National Alliance on Mental Illness last session -- leveraging private funds to build more housing.

“We can’t have someone on a rental subsidy forever,” Kevin McChesney, the president of the Oregon Residential Provider Association, told The Lund Report. “We have to create some of that housing.”

Some of the construction money may provide additional crisis centers around the state, but much of it may go toward building apartment buildings, with 20 percent of the rooms set aside for people with disabilities, allowing them to live semi-independently in an environment that will blend them into the rest of the community. The remainder of the apartments would be made available to the open rental market.

“We have not given [people with mental disabilities] an opportunity to be more integrated into the community,” said Chris Bouneff, the executive director of NAMI-Oregon. “We can move them out of hospital settings and into community settings.”

Part of the problem is that Oregon has a shortage of housing on the rental market for the general population. Bouneff said landlords can be very choosy about whom they rent to, and people with mental illness have historically been discriminated against. The blended concept would relieve some of the stress on the rental market while ensuring that one-fifth of the slots were designated for people with serious and persistent mental illness.

In the 2013 session, NAMI pushed forward a bill with Rep. Carolyn Tomei, D-Milwaukie, that brought the private-public partnership for new housing to the Legislature’s attention, but that bill died for lack of funding. In the autumn special session, Senate President Peter Courtney, D-Salem, won the funding for housing as well as other mental health services with the dedicated cigarette tax.

The blended housing concept fits in with Oregon’s cooperation of an investigation from U.S. Attorney General Eric Holder into the state’s compliance with the American Disabilities Act.

“We’re no longer going to build any housing that is exclusively for people with serious mental illness,” said Pam Martin, the director of the Addictions and Mental Health Division at the Oregon Health Authority.

Holder’s office has been concerned that the state may have been placing people arbitrarily in the Oregon State Hospital or other segregated facilities without making a serious attempt to find alternatives in the community, which violates the 1999 U.S. Supreme Court decision Olmstead vs L.C.

McChesney said the blended model would also do such a seamless of job of integrating people back into the community that such apartments rarely run up against “Not in My Backyard” protests, a concern of Sen. Elizabeth Steiner Hayward, D-Portland.

Under the concept outlined on Monday, the state cigarette money would be just a down payment on the housing, with builders coming up with 80 percent of financing for the new apartments. That means if the full $5 million was spent on new apartments, the state could leverage $20 million in private funds, resulting in a $25 million construction investment.

That may be a small drop in the bucket, but anything helps in a rental market that legislators said is at about 97 percent of capacity.

“The new normal is people with a minimum wage do not have access to affordable housing,” lamented Sen. Alan Bates, D-Medford.

Last week, the state opened three new facilities in Pendleton for mental health services, spending $1.4 million to rehab buildings  that had once been operated by the old Eastern Oregon Training Center, a former institution for people with intellectual disabilities.

Two of the three five-bed units will serve as transitional housing for people with mental disabilities, one for adults, the other for youth. The third facility will serve as a crisis center for people in acute situations, and become an alternative to an emergency room or local hospital psychiatric ward.

Image for this story by Fried Dough (CC BY 2.0) via Flickr.