Morrison Child & Family Services, which takes in about 200 of the youth a year, says in a statement that it has been “shocked, horrified and heartbroken by the change in policy and practice at our southern border and its terrible impact on immigrant families.”
By:
Allan Brettman 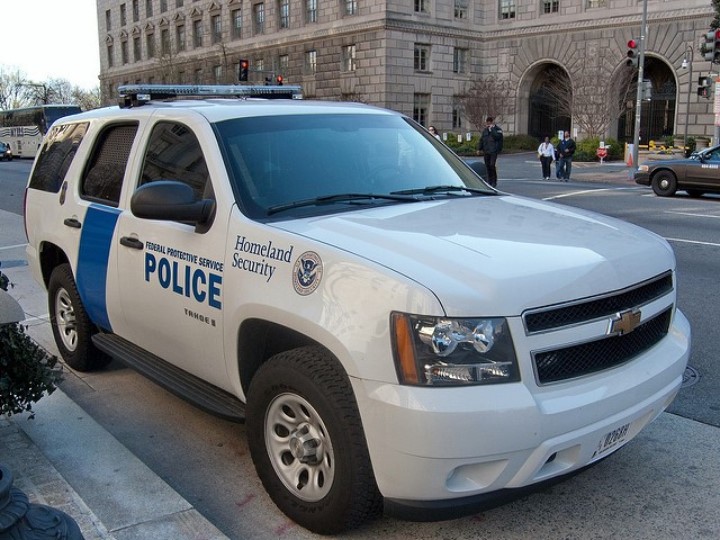 A Portland-based nonprofit that provides health and other services to children entering the country illegally has emerged into the limelight amid the anti-immigration policies of President Donald Trump’s administration.

Morrison Child & Family Services had largely stayed out of the news until recently when reports surfaced that the agency was housing children separated from their families as a result of the administration’s heightened enforcement of illegal immigration.

But the nonprofit has been helping needy children and their families from its Portland base for more than 70 years.

And for nine years, Morrison has run a 50-bed shelter under a federal contract to provide support for immigrant youth coming into the U.S. illegally. Most of the children cross the southern U.S.-Mexico border without a parent or guardian. The agency has a separate 16-bed facility for youth with more serious issues. Another 20-bed, long-term group home serves youths who entered the country illegally and who immigration authorities have determined experienced violence or a threat of violence in their home country.

Of the 7,000 youths Morrison serves annually, about 200 are placed at the nonprofit’s facilities by federal immigration authorities.

When Portland media reported that some of that 200 included children taken from their parents at the border, Morrison issued a statement last week:

“Our role under this contract was and remains to find homes and provide other needed services for these youth who range from 13-17 years of age until more permanent solutions can be found,” the statement says. “These young people, who comprise less than 5 percent of the total population we serve, are housed in one of two locations in Portland and are free to leave our facilities anytime they choose.”

Morrison houses the children at two Portland buildings, providing food, education, medical and other services. The agency attempts to place them “in an appropriate environment in the U.S., they choose to leave on their own, or they turn 18 years of age,” the statement says.

“We too have been shocked, horrified and heartbroken by the change in policy and practice at our southern border and its terrible impact on immigrant families,” the statement says. “Our mission is and remains to serve children throughout the Portland metro region and the state who need support and services regardless of where they come from.”

The center is fiercely protective of its children. It does not disclose the location of its buildings and will not allow the news media inside unless they go through a special approval process.

But Morrison Chief Executive Drew Henrie-McWilliams did agree to an interview he Lund Report. Henrie-McWilliams carefully avoided talking about the children his agency has served as a result of the Trump administration’s policies. (Multnomah County said in a news release that Morrison officials assured them county funds were “not contributing in any way to this Trump Administration debacle.”)

The questions and Henrie-McWilliams’s answers have been edited for clarity and brevity:

Q: Generally, what has been the health of the children who've been brought to the center as a result of the recent increased detention? Are there any common health ailments among these children? Who provides treatment for the children?

A: Immediately upon when kids come to us, wherever they come to us, we screen and get them a physical appointment. We ask them myriad questions, sometimes discovering kids who need glasses, have a toothache, or they have some cut or ache or pain that we want to immediately get them to an emergency room or urgent care. We contract out through the health insurance that is provided to these youths. All of these youths when they come to us are officially in the custody of the Office of Refugee Resettlement. (The office) is responsible for a quick assessment if a kid is having significant distress, they have to make a determination of what is the best location in the country for a youth who right out of the gate is experiencing any significant mental health issues. We’re not one of those centers where they are to send, nor can we can receive, a youth who is having a mental health crisis.

Q: How has the increased enforcement of people entering the U.S. affecting Morrison Child and Family Services?

A: The biggest thing that has been difficult is the misperceptions and inaccuracies that have been out there and trying to get accurate (information) out there. There are some (people) who have had experiences with us before and (are) grateful for the kinds of good services we’ve given. I know there have been some former staff who’ve had frustrations with (federal resettlement) rules we’ve followed and had to follow in helping youth, which is our only goal.

Q: Will there be attempts to settle these children in the United States or will they be returned to their origin countries? If they were separated from family how will they be reunited with family?

A: I can’t give particulars or parameters. In general, all these nine years, sometimes kids change their minds upon coming into this country and do want to be repatriated back to home country. That’s a minority of the kids who end up asking for that. The majority, we are getting them to family in this country.

Q: What kind of access do these kids have to legal representation?

A: All of the youth have access to what is provided by Immigration Counseling Services in the Portland area. They’re contracted through a grant ultimately from(the refugee resettlement office). All kids are (told) by a legal team about their rights. As the days go by, those youths who request to have an attorney to help them with immigration processes, they request that and what Immigration Counseling Services is outstanding in doing, they work with a network of attorneys that provide work pro bono for kids at the appropriate times where that is needed.

Q: Attention has been paid to children being separated from parents at the border. Yet your website says “the vast majority” of youths sent to your facility by the refugee office “attempted to cross our border without a parent or guardian.” Why is that?