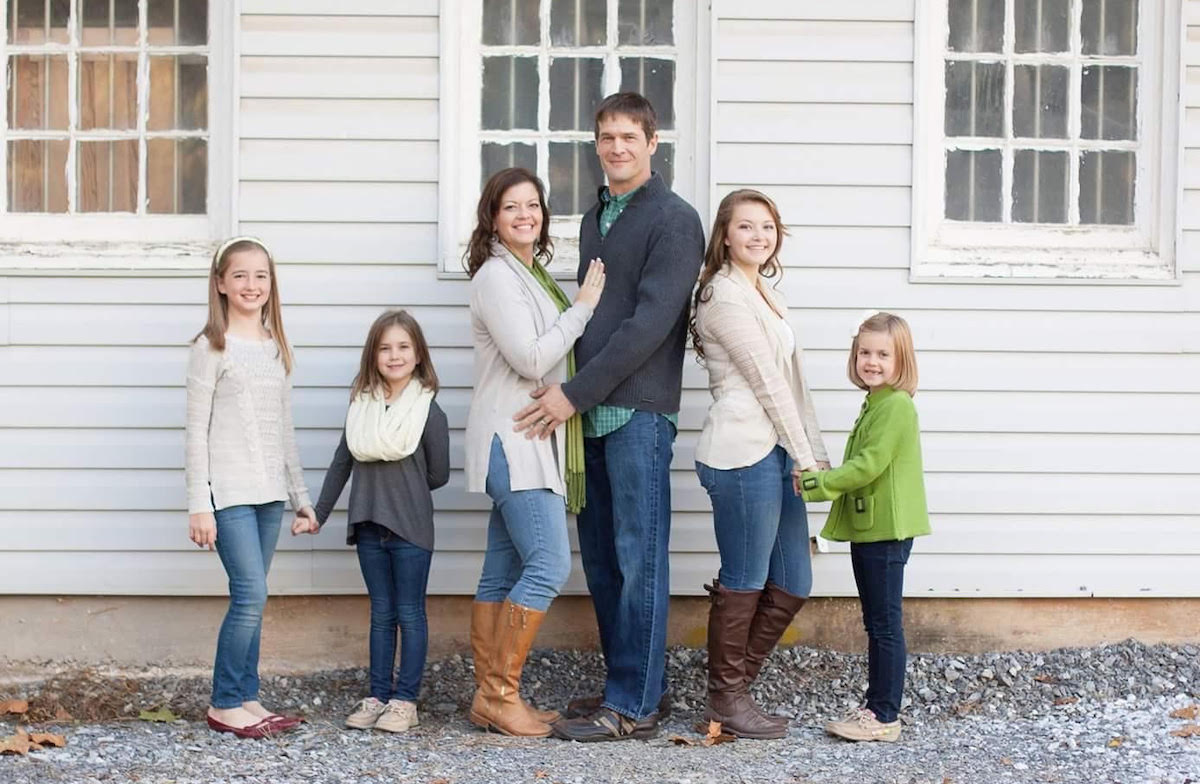 The Weirich family in Maryland in 2015 before they moved to Oregon. From left: Grace, Maggie, Angela, Eli, Maya and Kati./Angela Weirich

Over the last four years, Angela Weirich’s daughter cycled in and out of emergency rooms, residential treatment, and outpatient therapy.

The 16-year-old had treatment and medication but still she acted out. She attacked family members, ran away and skipped school.

Last spring she tried repeatedly to end her life.

Following specialized hospital treatment, she was ready again for treatment in a residential setting.

But none was available.

“That was the last straw,” Weirich told the Capital Chronicle.

The family moved in June to Pennsylvania where they have obtained treatment for the teen that was lacking in Oregon.

“Our daughter was going to die in Oregon,” Weirich said.

Their situation is not unique.

Other families have moved out of state to find mental health services their children couldn’t get in a timely fashion in Oregon, providers say.

Mental Health America, a nonprofit advocacy organization that tracks mental health services nationwide, has repeatedly ranked Oregon in its annual reports as having a high rate of youth mental illness and low rates of access to care.

A year ago, a state audit slammed the state’s behavioral health care system for children, calling it fragmented and operating without accurate and comprehensive data. The audit found that state agencies were not monitoring public funding and that children were cared for by “overworked direct care workers who are leaving the mental health system in high numbers.”

The situation was bad then, and now it is even worse, providers said in recent interviews.

Providers in recent months have repeatedly warned the state that the children’s behavioral health care system is imploding — saying they don’t have enough money to maintain the needed workforce to meet the demand.

She subsequently directed the Oregon Health Authority and the state Human Services Department to come up with a plan to fix the problems within two days.

They produced a document listing actions already taken during the pandemic to bolster providers and then suggested more improvements.

Officials with the health authority said they were talking with the governor’s office and lawmakers about potential sources of workforce funding. They’ve since dedicated $15 million in federal funds for child care and bonuses to those working in behavioral health residential facilities. But the money is for those who treat either adults or children:  The state agency didn’t allocate a set sum for children’s providers.

Other proposals will take time to enact, said Charles Boyle, Brown’s deputy communications director. He said the governor will take them up with the Legislature this coming February.

“OHA and ODHS are poised to move forward with short-term investments that will incentivize workers to stay in these critical care roles,” Boyle wrote in an email. “We also recognize there is more to do.”

He stressed that Brown earlier this year had obtained from the Legislature a “groundbreaking” $350 million investment in behavioral health. But it takes time to move money through the bureaucracy.

“There were some really wonderful investments and attention paid to the behavioral health sector by the state Legislature this last session,” said Heather Jefferis, executive director of the Oregon Council for Behavioral Health, which represents mental health and addiction treatment providers. “But the government moves at a different pace, and so it takes time to implement any program in the health care world.”

“If we don’t build a bridge to those investments, there’s not going to be anything to build out,” Bouneff said.

The system for caring for Oregon children suffering from behavioral issues has been pounded by demand. The number in need isn’t readily available from state officials, but there have been fewer services available.

“Programs where children went to stay for care started having Covid outbreaks, and they started to have dramatic challenges with staffing,” said Dr. Ajit Jetmalani, director of child and adolescent psychiatry education at Oregon Health & Science University. “The staff would get sick, and they’d have to shut down beds. The program would then hemorrhage funds because they only make money if they have children in their program. This happened across the board in terms of intensive services for kids.”

With residential beds limited, demand for outpatient services was higher than ever, with waits stretching to months in some cases.

“The length of waits are just enormous, and they’ve worsened dramatically since the pandemic started,” Jetmalani said. “Hospitals oftentimes will have 20 people on the waitlist” for a bed.

Outpatient care changed, too, as providers switched to televisits.

He said that change created even more inequities in access to care. Low-income households often lacked good broadband service and technology to benefit from televisits. In crowded homes, children didn’t have their own rooms or a quiet, private corner for a therapy session.

“We saw a lot of despair,” Jetmalani said.

EDITOR’S NOTE: This is the first of a four-part series on the problems facing children’s mental health care providers in Oregon. Deputy Editor Lynne Terry interviewed more than a dozen providers, parents and state officials and reviewed state records. For anyone needing immediate help, call the Lines for Life for youth at 877-968-8491 or seek help in a nearby emergency room.

THE SERIES PART 4: Improvement is slow for distressed Oregon families