The organization has primarily been funded by conferences, which it plans to continue, but is also exploring other funding sources.
By:
Christen McCurdy 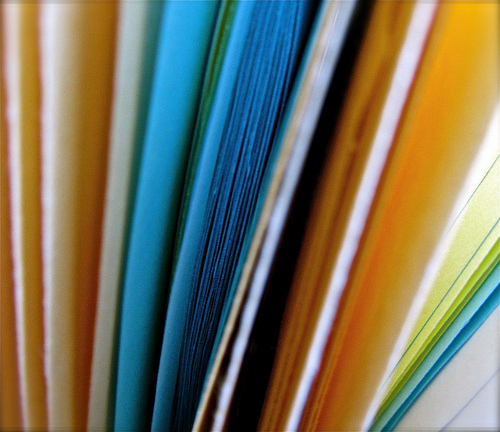 June 11, 2013 – Earlier this year, CCO Oregon, the private start-up dedicated to raising awareness about healthcare transformation – and which prior to 2012 was run under the banner Oregonians for Healthy Communities – became a nonprofit organization, which staff and board members say should broaden the organization's opportunities for fund-raising and outreach.

The Secretary of State's Office certified CCO Oregon's articles of incorporation as a public benefit corporation in February, and it made a public announcement earlier this spring.

"Being a nonprofit allows us to have a broader group of supporters and a more inclusive network of stakeholders – geographically, culturally, and professionally diverse, all of whom will help shape the future of CCO Oregon,” said Ben Hoyne, CCO Oregon's executive director, adding that its 501(c)3 status will broaden the organization's opportunities to raise funds.

Up to this point, CCO Oregon has primarily raised money by hosting conferences and other events, and Hoyne said staff intend to continue doing that – but also hope to find other ways to bring stakeholders together, including those on the Oregon Health Plan.

"We’re most recognized for our events, which we’ll continue to hold. But we’ve also hosted collaboration calls to share best practices in Oregon,” Hoyne said. “I’ve engaged every Community Advisory Council that has welcomed us. I’ve personally participated in numerous CAC meetings throughout the state, from Coos Bay to Pendleton and many more in between. As we move forward, I anticipate us continuing to build upon the stakeholder engagement and best practices components while adding a variety of elements, including technical assistance and policy development."

The organization has a nine-person board, chaired by CareOregon's public policy director, Martin Taylor, and will hold a CCO summit June 18 in Salem, where leaders from coordinated care organizations will discuss their progress in keeping costs under control while improving the quality of healthcare. Results of public polling will be shared, along with an update on the current legislative session and participants will learn how to better engage stakeholders, including consumers.

Past CCO Oregon events have included the Transforming Care conference held earlier this year, a small event in Eugene featuring presentations by the Oregon Health Authority's Cathy Kaufman and Bevin Hansell, and a fall 2011 event called “Planning for the Future of Health Care.”

“CCOs represent the ideals of local control, coordinated care, service to the community and accountability for positive outcomes (both clinical and financial).  CCO Oregon is committed to advancing these ideals,” Henderson said. “We believe the best structure to accomplish this mission is as a not-for-profit association that is governed by a diverse and broad group representing providers and consumers.”

Hoyne said CCO Oregon is generally supportive of transformation efforts, but didn't have specific comments on how the process is going thus far.

“We support the governor in his transformation efforts but don't have any official position on how it's progressing at this point. Like everyone else, we’re looking forward to the continued development of coordinated care in Oregon."

Hoyne has been CCO Oregon's executive director since last November 2012, taking over from Doug Riggs. Earlier, he was the organization's community outreach director for the organization. His focus is environmental health – especially water pollution – and he holds a master's of business administration as well as an MA in international policy, both from the American University in Washington, D.C.

Image for this story by Melissa Venable (CC BY-NC-SA 2.0) via Flickr.