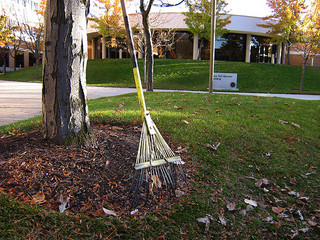 It's often said that what happens in a doctor's office accounts for just a fraction of a person's total health.

With that in mind, CareOregon has created a pilot program to help members help each other meet day-to-day needs, including services like hair care, organizing or cleaning that may be beyond their reach financially.

“CareOregon as an organization is really taking a focus on helping people with their wellbeing and their overall health and not just the delivery of healthcare,” said Rose Englert, senior manager of regulatory affairs for the insurer, which provides coverage to people on the Oregon Health Plan.

Here is how Give2Get works: members can sign up for the program, go through a background check (which prohibits violent offenders and those convicted of sex crimes from participating) and then are entered into a database, which includes what type of work each member is willing to do, as well as what he or she needs help with.

“One woman gave somebody a haircut, and he came to her house and helped her move a bunch of boxes up in closets,” since she had difficulty lifting, Englert said. Staff are toying with the idea of a “time bank,” where participants would not necessarily provide one-to-one trades, but could log their time helping others to become eligible for services from a different member.

The program is administered by three staff members, who log the hours members spend participating, so that someone who gives an hour of time assisting another member is eligible for an hour of assistance.

Engler said the idea for Give2Get, which was developed over the summer and started last fall, came out of a series of brainstorming sessions among CareOregon staff and with members to identify what they saw as barriers to their overall well-being.

“We heard a lot from our members that they feel socially isolated – and people in poverty don't have the money they need for services they can use,” Engler said.

So CareOregon staff put two and two together, and started asking members what they would need to be comfortable assisting, and receiving assistance from, their peers – hence the background check, and the referral structure, so that members choose who they deal with rather than being sent an assistant. The insurer has begun publicizing the program at clinics in its network and hopes to have enough participants so they don't have to travel far to help people or get help. Brochures note that participants may be incented with awards ("Giver of the Month") and possibly benefits not included in their existing plan -- such as reading glasses, gym memberships or gift cards.

A British study on the effects of social isolation among senior citizens, conducted over a period of seven years, found that participants were considered extremely socially isolated were 26 percent more likely to die before the study was completed. While American Medicaid patients are younger on the whole and face other barriers to health, CareOregon officials hope that addressing their isolation and day-to-day needs will improve mental health outcomes and long-term health.

So far, about two dozen people have signed up for the program, and Engler said staff are expecting 30 to 50 more during the next phase of the pilot. CareOregon is collecting data on health costs, depression and mental health outcomes to see how the program affects long-term health outcomes.

“We're hoping to get some actual, hard, empirical data saying people's health costs went down, or their utilization went down,” Englert said.

Englert said she's not aware of similar programs elsewhere in the country, or in other healthcare networks.

“There's nothing like this that we can find that really exists, especially not for a Medicaid population,” Englert said. “One of the things we hear a lot is that people feel like they don't have any value. And folks are really saying that they're getting a lot of personal esteem from this.”

Image for this story by Ben Crowder (CC BY-NC-SA 2.0) via Flickr.

WHAT DOES THIS HAVE TO DO

WHAT DOES THIS HAVE TO DO WITH HEALTHCARE? I just don't get it. When is CareOregon going to use their money....TAX PAYER money.. which is supposed to go towards healthcare, to PAY FOR HEALTH CARE? They continue to engage in frivolous and in many cases- silly enterprises with LIMITED funds that arent even theirs to begin with. Trips to Alaska for managers for "research", employee perks like pool tables and free massages, renting out the Portland Spirit for an entire night, free downtown parking for employees , Large bonuses for executive staff, etc, etc, etc, - when will it end? I guess the question is no longer, "When will it end?" it is more so- "Will it EVER end?"