CareOregon and CedarSinai Park have joined forces to create a new affordable housing project in downtown Portland – to fund a low-income housing initiative that would offer some health and social services to residents, but not at the level of an assisted living facility.
By:
Christen McCurdy 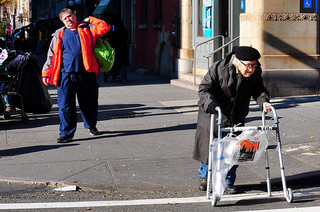 CareOregon and CedarSinai Park have joined forces to create a new affordable housing project in downtown Portland – to fund a low-income housing initiative that would offer some health and social services to residents, but not at the level of an assisted living facility.

A limited liability corporation including stakeholders from the insurer and the nursing-care provider has purchased four Section 8 apartment buildings: The Rose Schnitzer Tower, The Park Tower, The Lexington and the 1200 Building, which house 538 tenants in all. Home Forward recently selected 4 additional buildings, housing approximately 664 tenants, to be part of the project as well, according to documents released by CareOregon.

The project grew out of CedarSinai Park's decision several years ago to diversify – and out of Portland State University-conducted research showing that low-income seniors had worse health outcomes than peers with higher income, said Howard Klink, a consultant with CedarSinai Park.

“We found that elders living in affordable housing are two to four times more likely to need help with activities of daily living – getting dressed, managing bathing, things of that sort – and to have health problems, as compared to peers of the same age living in other housing,” said David Fuks CEO at CedarSinai Park. “This, of course, is an effect of poverty.”

Fuks said that's partly because seniors at higher income levels are able to purchase services that enable them to stay independent for a longer period of time – including basic primary care.

“This is home and community based services we're talking about,” not assisted living, Fuks said.

Some of the grant funding will go toward a research project led by Portland State researcher Paula Carder, which will evaluate the success of the project based on claims data from the residents' insurers.

“The sustainability of the project will be built on relationships with the insurance providers,” Fuks said. “We will coordinate with whomever we need to in order to be successful.”

“It's not just the goodwill of a few well meaning social worker types” that will make the project work, Klink said. “This is not something this will be created with a grant and end when the funds dry up.

If it's viable, it can become a model to keep people successfully at home and reduce healthcare costs.”

“We are conducting a pre- and post-intervention survey of resident health characteristics so that we can assess whether the intervention improved resident's quality of life, improved access to services, and reduced hospital use. In addition, we will assess program costs, and resident and staff satisfaction. Our report to the OHA will include a case study that describes the development and implementation of a collaborative approach to providing housing with services that can be used by other cities or organizations,” said PSU researcher Paula Carder, who will be the lead on the evaluation project.

Bob Weir, project lead at the Aging and People with Disabilities office, said some funding for the project – including the evaluation by Portland State University– comes from a state transformation center, and that funding an evaluation was particularly important to stakeholders.

“In a dream sense, want it to be successful, of course, to be a model for the nation of good care,” Weir said. “We want to be objective enough not to get too close to it – and make sure there's this objective entity evaluating.”

Image for this story by Ed Yourdon (CC BY-SA 2.0) via Flickr.