A review of the spending records of a dozen key healthcare players shows spending coming along, much of it for Kitzhaber’s election campaign but also sizable amounts to legislative leaders and election races that are sure to be close, like Sen. Alan Bates’ in southern Oregon.
By:
Christopher David Gray 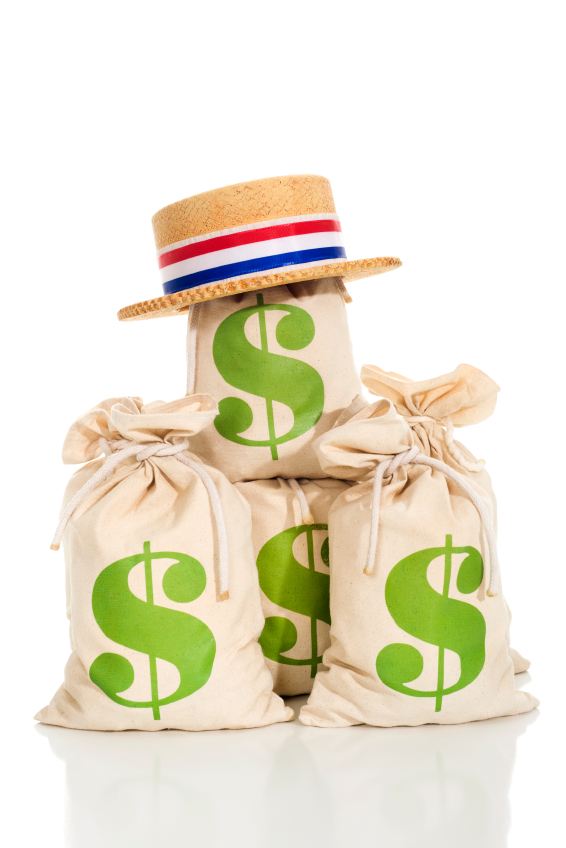 The money from the healthcare industry continues to flow like pinot noir into the casks of Oregon politicians this election season, with a review of 12 key players showing receipts of nearly $1.3 million designed to influence elections as well as policy and budget decisions made by our powers that be.

The Oregon Health Care Association, an historical big spender that represents nursing homes and other businesses serving senior citizens, topped the list, so far dishing out $247,000. The organization has given $15,000 to three committees focused on the state Legislature: Sen. Alan Bates, D-Medford; Sen. Richard Devlin, D-Tualatin and Oregonians for Rural Jobs, a group organized by Rep. Bob Jenson, R-Pendleton, that supports moderate Republicans in eastern Oregon.

Bates, an osteopathic physician and key healthcare leader, is locked in a tough re-election rematch with retired Col. Dave Dotterrer, whom Bates bested by just 282 votes in 2010. Devlin is a heavy favorite for re-election in Portland’s south suburbs, but as the chairman of the Committee on Ways & Means, he controls the state’s purse strings, which has made many recent investments in senior services, some provided by the OHCA.

The campaign finance records, which date to the end of the 2013 legislative session, are compiled from the Oregon Secretary of State online database.

The Coalition for a Healthy Oregon, a federation of doctors’ groups that operates out of the same Portland address as the FamilyCare Coordinated Care Organization, has spent $149,000, followed closely behind by Doctors for Healthy Communities, an allied group based in Salem, with $134,000.

COHO has directed $20,000 to Gov. John Kitzhaber’s re-election campaign, while spending $10,000 on a local race, helping Deborah Kafoury take over as the chair of the Multnomah County Commission. Its favorite legislator is House Majority Leader Val Hoyle, D-Eugene, who received $8,500, followed closely by her sidekick, House Speaker Tina Kotek, D-Portland, ($7,000) with whom Hoyle shares power in the lower chamber.

The Salem docs have moved to shore up Bates’ campaign, giving him $10,500, along with the same amount to Hoyle. They also gave $10,000 to Kitzhaber, and reflecting the bipartisan nature of the Willamette Valley, sent $9,000 to Sen. Jackie Winters, R-Salem.

Winters is a veteran lawmaker who has a long history on the budget committee and looks closely at the state’s healthcare spending.

The Oregon Medical Association has spent $97,000, and the top four politicians for the state’s largest physician organization are all doctors. The OMA has spent $10,000 on Dr. Kitzhaber’s gubernatorial campaign and $15,500 for Dr. Bates’ state Senate campaign. Dr. Elizabeth Steiner Hayward, a senator in a district that bridges Beaverton and northwest Portland, received $4,500 towards her re-election.

The OMA is trying to add a fourth doctor to elective office by supporting Dr. Knute Buehler’s attempt to replace Rep. Jason Conger, R-Bend, who gave up his seat in an unsuccessful attempt to win the Republican nomination for U.S. Senate. The OMA has given Buehler $11,000.

Among health insurance companies, the political action committee of Regence BlueCross BlueShield has spent just $44,000 so far, chiefly on Rep. Mark Johnson, a moderate Republican from Hood River trying to hold his seat even as that community has trended Democratic in recent elections. Johnson has received $4,500, while Regence gave Senate Republicans $2,500 to do as they please.

Regence also gave $2,500 to Kafoury and $2,500 to Brian Tosky in his unsuccessful bid to take the Democratic nomination for an open Beaverton seat in a race won by labor-backed Ken Helm. Regence gave a much larger check -- $15,000 -- to the conservative business group Associated Oregon Industries as well as $2,500 to Stand for Children, an education group that has challenged teachers’ unions.

By contrast, Moda Health has spent just under $1,000, all on Kitzhaber.

Cambia Health Solutions, the parent company of Regence, has spent $85,000, mainly to bankroll the Regence PAC, while also giving $10,000 directly to Kitzhaber’s campaign. Cambia also appears to be a leading force behind Every Oregon Voter Counts, giving that ballot measure campaign $25,000.

The ballot initiative would dramatically alter the Oregon election process, ending partisan primaries in favor of a top-two runoff system like in California and Washington where independents get a better chance to select who represents them.

The effort by business groups seems primarily aimed at taking back the Republican Party from its right wing, who dominate primary elections and have skewed the Republican representation. Moderate Republicans like Rep. Jim Thompson have been tossed out of office while the party has become largely un-electable in statewide elections.

But it’s also hated by the official Democratic Party, which has defeated previous efforts to make Oregon’s elections more progressive. Under the current system, the Democrats are able to limit their primaries to just party members and have better control on who serves Democratic-leaning districts, since politicians often leave before their term expires, allowing the party to pick their replacement instead of the voters.

The money spent by Regence and Cambia is a far cry from the $236,000 Regence spent last election cycle and the insurance company is probably deliberating its options after getting burnt backing a handful of loser Republican candidates last time around. Regence most recently sent a check of $1,000 to Mike Nearman, the Tea Party upstart who knocked off Thompson, the vice-chairman of the House Health Committee.

Money from all groups is much less than it was last cycle, but there’s still four months to go as general election races heat up.

Among other healthcare players, the Oregon Association of Hospitals and Health Systems has spent $112,000 while the Oregon Nurses Association has spent $116,000 -- although an additional $72,500 was spent by an affiliated group, Nurses United, whose money was tailored to ballot campaigns organized by Our Oregon and the gay marriage campaign.

Those checks were clearly aimed at influencing policy and state budgets as much as elections, as they were given to party leaders who face easy re-elections and the budget chairmen -- Devlin and Buckley.

The nurses association heavily favored one of its own, Rep. Rob Nosse, D-Portland, who was appointed to his seat Monday. His labor-backed campaign successfully won nomination for a southeast Portland district seat in May. Nosse, an ONA labor representative, took in $30,000 from the Oregon Nurses Association alone.

The ONA less successfully supported Rep. Thompson, with $8,500 in his losing bid, and the nurses have spent $7,000 on Rep. Mitch Greenlick’s campaign in northwest Portland. He’s all but assured of re-election, but as the House Health chairman, he’s in charge of much of the state’s healthcare policy.

To round out the list of political donors in the healthcare sector, the Service Employees International Union Local 49, which represents healthcare workers in the Portland metro area, has spent $53,000. SEIU-49 gave $10,000 to Kotek, $10,000 to the local election campaign of Jim Francesconi and $10,000 for YES on Oregon Safe Roads.

Additionally, Citizen Action for Political Education, a political action committee most closely associated with SEIU Local 503, which represents state employees, spent $85,000. Almost half of that -- $40,000 -- went to Jenson’s Oregonians for Rural Jobs, in an unsuccessful attempt to ensure that Jenson’s replacement in the House would be attuned to the interests of state employees in eastern Oregon.

This group also spent nearly $16,000 on Nosse and slightly more than $10,000 on Francesconi, who lost his race to Kafoury.

Jul 10 2014
News source:
The Lund Report
Keywords:
political donations
×
This article is for premium subscribers. If you are one, please sign in below.
You can see two more premium stories for free. To subscribe, click here. We depend on premium subscriptions to survive, and they are tax deductible.
Sign InGo Premium Not now