California Wants To Slash Insulin Prices By Becoming A Drugmaker. Can It Succeed? 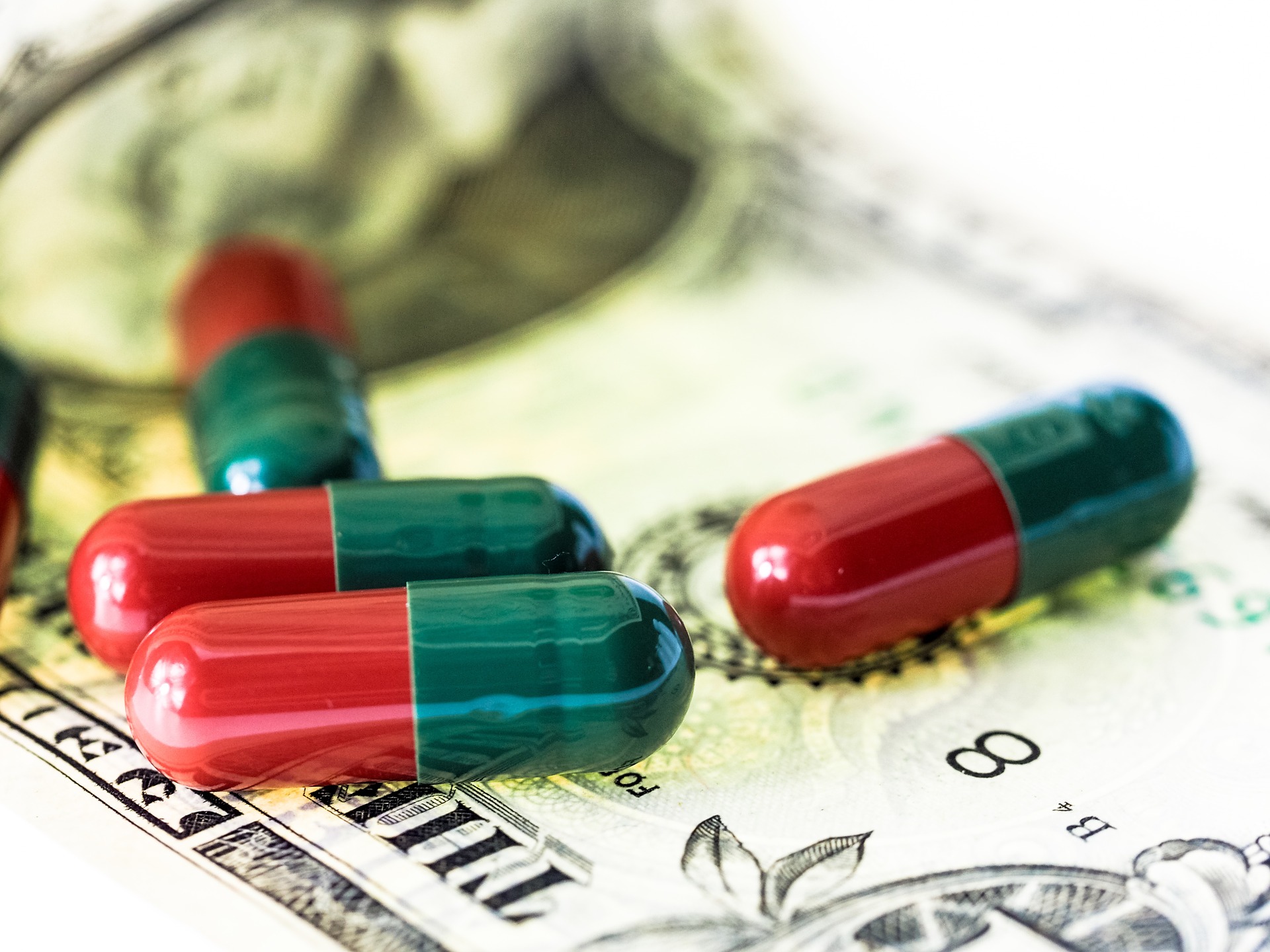 SACRAMENTO — California is diving into the prescription drug business, attempting to achieve what no other state has done: produce its own brand of generic insulin and sell it at below-market prices to people with diabetes like Sabrina Caudillo.

Caudillo said she feels like a “prisoner” to the three major pharmaceutical companies that control the price of insulin, which ranges from $300 to $400 per vial without insurance. The price Caudillo paid in 2017, when she was diagnosed, is etched into her memory: $274.

“I remember crying my eyes out at CVS and realizing it’s going to be like this for the rest of my life,” said Caudillo, 24, a college student who lives in La Puente, in Southern California. She now has insurance that covers the entire cost of the lifesaving drug but still has trouble affording her insulin supplies and paying the monthly premium for her plan.

“This disease is really expensive, and I’m barely making it every month,” Caudillo said.

Gov. Gavin Newsom’s administration said roughly 4 million Californians have been diagnosed with diabetes, a disease that can destroy organs, steal eyesight, and lead to amputations if it’s not controlled. One in 4 people who have diabetes and rely on insulin cannot afford it, forcing many to ration or forgo the drug, the administration added.

Newsom is asking state lawmakers to pump $100 million into an ambitious initiative to launch California’s generic drug label, CalRx, and begin producing insulin in the next few years, said Alex Stack, a Newsom spokesperson. The state is also working to identify other generic drugs it could bring to market, targeting those that are expensive or in short supply.

To start, the goal is to dramatically slash insulin prices and make it available to “millions of Californians” via pharmacies, retail stores, and mail order, said Dr. Mark Ghaly, secretary of the California Health and Human Services Agency.

But state health officials are still negotiating a contract with a drug manufacturer to make and distribute insulin and have not answered key questions such as how cheaply insulin could be produced and what patients would pay. To be successful, California — and the company it partners with — must navigate a complicated pharmaceutical distribution system that relies not only on drug manufacturers but also middleman companies that work hand in hand with health insurers. Those companies, known as pharmacy benefit managers, negotiate with manufacturers on behalf of insurers for rebates and discounts on drugs — but insurers don’t always pass those savings on to consumers.

“Insulin has long epitomized the market failures that plague the pharmaceutical industry, which have resulted in keeping insulin prices high,” Vishaal Pegany, assistant secretary of the Health and Human Services Agency, told lawmakers in May. He argued that high prices “have directly harmed Californians.”

Newsom said in early May that disrupting monopolistic drug prices requires state intervention and that California can pull it off because the state — with 40 million residents — “has market power.”

But the nonpartisan Legislative Analyst’s Office questioned whether California can produce its own drugs and achieve lower insulin prices. Luke Koushmaro, a senior fiscal and policy analyst with the office, warned at a legislative hearing in May that the effort could be hampered by “considerable uncertainties” — a sentiment echoed by some Democratic lawmakers.

The Newsom administration thinks state-made insulin could cut some insurers’ spending on the drug as much as 70% — savings it hopes would trickle down to consumers. But “there is no guarantee” that the administration’s predictions of dramatic savings or wide distribution of insulin will materialize, state Assembly member Blanca Rubio (D-Baldwin Park) said at the hearing. “Who is going to write the prescriptions for this magic insulin?” she asked. “Hope is not a strategy. I’m not hearing any strategies as to how this is going to become available.”

“Insulin manufacturers lit the fuse on skyrocketing prices by matching each other’s price increases step for step rather than competing to lower them, while PBMs, acting as middlemen for insurers, fanned the flames to take a bigger cut of the secret rebates and hidden fees they negotiate,” U.S. Sen. Ron Wyden (D-Ore.) said when the report was released.

Contacted by KHN for comment, the trade associations that represent brand-name drugmakers, pharmacy benefit managers, and California health insurers blamed one another for the increase in prices.

Under Newsom’s plan, generic forms of insulin — known as “biosimilars” because they are made with living cells and mimic brand-name drugs on the market — would be widely available to insured and uninsured Californians.

If Newsom’s $100 million initiative is approved by lawmakers this summer, the state would use that money to contract with an established drugmaker to begin supplying CalRx insulin while the state constructs its own manufacturing facility, also in partnership with a drugmaker.

The administration is currently negotiating with drug companies that can produce a reliable supply of insulin under a no-bid contract, but no partnership has been formalized. The insulin would be branded with images associated with the state, such as the “California Golden Bear.” And, Pegany said, the packaging could boast that the lower-priced insulin was brought to patients by state government.

“There’s a short list of people who would even compete for this,” Ghaly told KHN in May. “We’re going to put together competition and get a partner we think is going to deliver not just the soonest, but something that we think is sustainable.”

On the short list is Civica Rx, a nonprofit drugmaker based in Utah. Civica announced independently in March that it was preparing to produce biosimilar insulin — exactly what California is seeking. The FDA last year approved the first biosimilar, interchangeable insulin product, and Civica plans to make three types of generic insulin to compete with the brand-name versions made by Eli Lilly and Co., Sanofi, and Novo Nordisk.

Allan Coukell, Civica’s senior vice president of public policy, told KHN that the drugmaker has had discussions with the Newsom administration and is in talks with other states.

Civica aims to market insulin for close to the cost of making it, rather than charging markups and making profits, he said. Coukell said the company plans to bring biosimilar insulin to the market for roughly $30 per vial and $55 for a box of five pen cartridges.

Coukell acknowledged that Civica may have to work with pharmacy benefit managers, which also help health insurers determine which drugs they will cover, to distribute the medicine but doesn’t expect that to cause a big price increase. “Our goal is to make these insulins available to any American who needs them,” Coukell said. “Our goal is to have market impact, not market share.”

The state has had discussions with other companies, including celebrity investor Mark Cuban’s for-profit drug company, the Mark Cuban Cost Plus Drug Company. It is building its own manufacturing plant, like Civica, but for now sells drugs online to anyone at wholesale cost plus a 15% markup. Founder Dr. Alex Oshmyansky said that the company’s talks with California fizzled out early on but that he’d be open to future discussions. Cuban is the chief investor in the company, Oshmyansky said.

“America is the wealthiest country in the history of human civilization, so for our citizens to not be able to afford medications, including insulin, due to market manipulations is terrible,” Oshmyansky said.

For people with diabetes like Caudillo, relief can’t come fast enough. She stockpiles insulin in case she can no longer afford health insurance and donates extra to other people in need.

“I know how expensive it is when you aren’t covered, and if you don’t pay that money, you’re going to be in the hospital fighting for your life,” she said. “Your body goes into decay, and your organs slowly shut down. It’s very painful. No diabetic should have to go through that.”