State insurance regulators largely approved the high rate increases for individual health plans for 2017, accepting the insurers’ argument that they were needed to stop the losses felt since the launch of the Affordable Care Act. Meanwhile, Moda Health will be offering health plans in most of the counties after all, ensuring rural consumers have adequate competition. The state believes the troubled company is now doing well enough and should have its probation lifted soon.
By:
Chris Gray 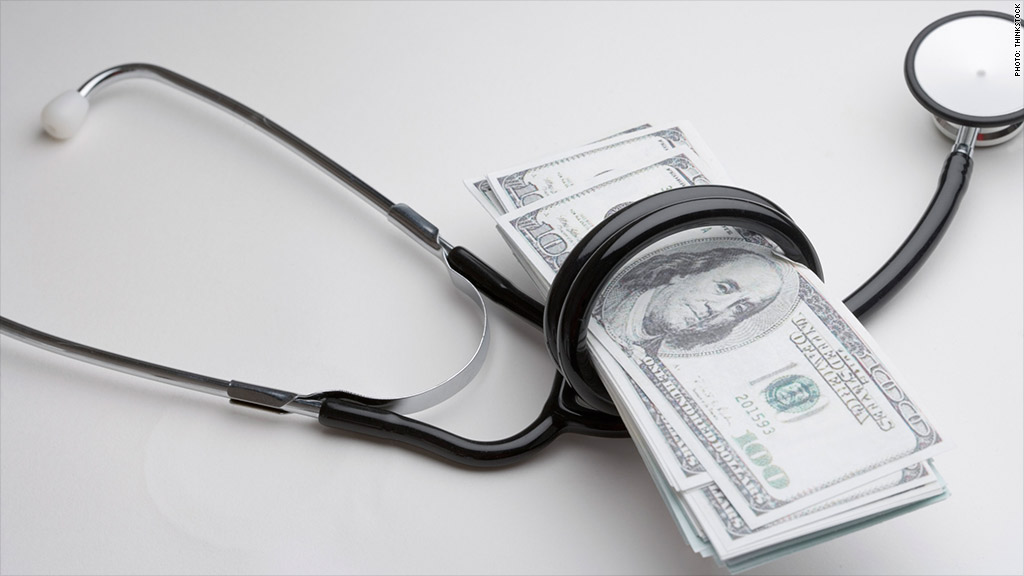 Insurance Commissioner Laura Cali decided to largely sign off on the giant rate increases for 2017 that Oregon insurers have proposed for the individual health insurance market, meaning all consumers rates will go up at least 10 percent from 2016, and some nearly a third.

“It’s important that these rates be able adequate to cover costs,” Cali said. “There is a range of reasonableness.”

As long as the insurers submitted their rates without any glaring errors, she said that it was fair to accept proposed rates as actuarially sound, even if they are a big leap from the previous year.

Cali told The Lund Report that the high prices reflect the end of federal and state reinsurance programs that buffered the cost of moving sick people from the high-risk pool to the mainstream insurance market, as well as a further correction from rates that have lagged the actual cost of care.

Oregon had some of the lowest insurance rates in the country after the Affordable Care Act was launched in 2014, but those rates were largely below the cost of doing business, she said.

Meanwhile, Pat Allen, the director of the Department of Consumer & Business Services, informed The Lund Report that his agency had succeeded in convincing Moda Health to restore sales to 13 counties, heading off a potential situation faced in Alaska and Wyoming, where one insurer has a monopoly on those states’ insurance exchanges.

Moda, PacificSource and Providence Health Plan had all decided to stop offering statewide plans for 2017 and instead retrench into their most profitable local markets, while Lifewise Health Plan left the state completely. Several rural counties would have been down to just two carriers on the exchange. Now, because of Moda’s reconsideration, all of Oregon will have at least five carriers in the overall individual market, with at least three carriers selling exchange plans eligible for subsidies.

At the same time, Allen said Moda’s financial health has improved to a degree that the state should be able to soon loosen its grip on the company, especially now that it has left the Alaska individual health market. “We’ll be able to lift the consent order,” he said.

The giant rate increases may just be a leveling off in prices but they may be exposing the failures and broken promises of the Affordable Care Act.

As Jesse O’Brien, the health policy expert at the Oregon Public Interest Research Group noted in his blog, “Rising medical and prescription drug costs are far and away the most significant driver of rising health insurance costs. ... Oregon insurers do not appear to be achieving savings from reductions in costs to Oregon hospitals, or sharing these savings with their members.”

Savings from the end of uncompensated care have shown up only for hospitals, and individual health insurers are proving helpless in their ability to hold down costs -- even when the insurer is owned by a health system.

Providence Health Plan rates for 2017 are going up 24 percent over this year, despite a $6 billion surplus in the company-wide operating margin at Providence Health & Services. Providence had asked for a 30 percent rate hike but will have to settle for 24 percent. They were one of the few insurers whose requested rate hikes weren’t just passed through intact.

Providence spokesman Gary Walker did not explain the disconnect between the windfall at the provider side of his company with the high rate increases for its Oregon individual insurance product, but he did note that the $6 billion is spread out over five states, 38 hospitals and 600 clinics, as well as other health facilities. "It's not just Oregon alone," he said.

Allen said it was important to look at Providence’s rates as to how they fit in the overall market -- about average -- as opposed to examining just their rate of increase. “That focus perpetuates pricing below costs,” he said. But he also said that it seems clear that Kaiser came out with the most affordable rates because of the leverage they have with their own integrated provider system.

O'Brien credited state regulators for pushing back on the increase from Providence by 20 percent, given the company's outsize role in this market. The company sold 65,000 exchange plans in 2016, almost half of all plans sold on the exchange. Cali said the reduced rate increase came from dialing back the health plan's projected profit margin.

"It does look like that reflected soem of the things we were concerned about, but not all of our concerns were addressed and we will continue to press our case," said O'Brien, who believed similar measures should have been taken to proposed rates from Regence and PacificSource.

Consumers who had received tax credits will see no difference in their premium rates so long as their income has not gone up; the increased tab will be assumed by the federal government. Individuals with incomes below 400 percent of poverty are eligible for these subsidies, but only if the cost of the premium is more than a certain percentage of their incomes, which is set on a sliding scale of up to 9.5 percent.

That has meant most younger adults cannot receive subsidies, even if they have an income below 400 percent of poverty, since insurance rates for them are lower than older adults and have been deemed “affordable” by the formula.

The giant rate increases mean many more will get financial assistance to maintain their premiums, presuming they don’t drop out of the market entirely when faced with buying insurance with nearly 10 percent of their income. The tax penalty tops out at 2.5 percent of income next year.

“Anyone who’s relatively healthy may want to make that calculation,” Allen said. “That’s a really high-risk decision to make. Anybody is one step away from tens of thousands of dollars in medical expenses, either a traffic accident or an unexpected illness.”

After Kaiser Permenante’s $312 premium, Health Net was approved for the second-best rates at $325 per month, but those plans are not available on the health insurance exchange -- healthcare.gov -- and therefore ineligible for tax subsidies.

Atrio Health Plans, an insurer with a coordinated care model that is tied to two of the state’s CCOs, has the second-cheapest exchange health plan at $329 per month, but Atrio does not sell plans in the Portland tri-county area. The company, which is owned by Oregon physicians, insures people in Salem, Bend and southern Oregon.

Portland consumers wanting another option besides Kaiser may finally turn to Bridgespan, a tiny affiliate of Regence BlueCross BlueShield that was launched with the Affordable Care Act, but which last year sold only 514 plans. Bridgespan is priced at $347 per month this year.

All individual rates described are for silver plans sold to a 40-year-old Portlander. Atrio rates are given for Salem.

The small group market, which has had traditionally higher rates in Oregon is starting to feel like a better deal -- five insurers were actually given rate decreases for 2017.

Regence BlueCross BlueShield had its proposed 3 percent decrease approved, giving it the best rates in Oregon at $266 per month. Kaiser was second at $276 per month. Moda Health will now have the highest small group rates at $401 per month.