Building on a bill from 2015 that gives pharmacists the ability to dispense birth control without a doctor’s prescription, HB 4124 allows them to bypass physicians when selling Naloxone, which is used to reverse the effects of an opiate or narcotic overdose, including from heroin and prescription drugs like Vicodin and Oxycontin.
By:
Chris Gray 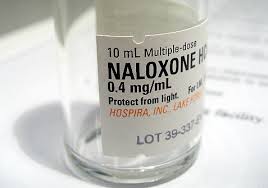 Rep. Knute Buehler, R-Bend, is promoting a bill that would give pharmacists the ability to quickly dispense a life-saving drug for use in opiate overdoses without the prescription of one of his fellow physicians.

Building on the groundbreaking legislation that Buehler and Rep. Val Hoyle, D-Eugene, sponsored late in last year’s session, which gives women access to birth control without a prescription, people would be able to get Naloxone directly from a pharmacist after showing certification that they know how to administer the drug.

Naloxone is is a nasal spray that blocks the effects of opioids on the brain and restores breathing within minutes, after which victims still need to seek emergency medical attention. It is also known by the brand name Narcan.

Additionally, House Bill 4124 would improve the prescription drug monitoring program by requiring the Oregon Health Authority to improve its software format so that it’s compatible with programs that physicians are already using -- such as the Emergency Department Information Exchange -- instead of requiring them to open a separate computer program, a hurdle that he said has kept physicians from monitoring their patients’ opiate use with the system.

“This deals with a full-blown public health epidemic,” said Buehler, noting that 16 percent of Americans surveyed have known someone who’s had a drug overdose, and 9 percent of people have had prescription painkiller addiction hit their families.

He traced the epidemic to a change in prescribing practices in the mid-1990s, when narcotic use went from something given to cancer patients in acute-care settings for use to treat chronic conditions. He cast blame for the widespread use of Oxycontin and Vicodin on the pharmaceutical companies, which, he said, promoted the change and downplayed the risk for abuse. “We’ve seen devastating effects across the country,” he said.

He said policymakers were so misguided that, 15 years ago, the Oregon Legislature passed a bill encouraging the use of narcotics for chronic pain medication.

Once hooked on prescription narcotics, he said, people no longer able to obtain a prescription turned to a strong flow of black tar heroin out of Mexico.

According to the Oregon Medical Association, a quarter of Oregonians received a prescription painkiller in the past year, and the state has the second-highest rate of non-medical use.

Buehler, an orthopaedic surgeon, told The Lund Report that he believed Naloxone should be available over-the-counter -- it’s non-toxic and non-addictive, and has no effect on someone without opioids in their system. But placing it on the open pharmacy shelves would need to be authorized by the federal government.

The 2015 pharmacy clinical services law creates a method for pharmacists to prescribe Naloxone to anyone who can certify that they know how to administer the drug, a certification that may be obtained through the Oregon Health Authority’s Public Health Division website, which offers a Naloxone training protocol and online test.

In addition to family members, this would ease the way for homeless shelters and sobering facilities to keep Naloxone on hand in case of emergency.

The House Health Committee had its first hearing Wednesday on Buehler’s proposal, which he is co-sponsoring with the new House Majority Leader, Rep. Jennifer Williamson, D-Portland.

“Three Oregonians die every week from prescription drug overdose” Williamson said, while recounting her own scare when her mother misunderstood a narcotic prescription, took twice the recommended amount, and ended up in the hospital.

Williamson also introduced an amendment that would give specially trained pharmacists the ability to dispense two more forms of birth control -- hormonal injections and vaginal rings -- without the need for a doctor’s prescription.

In 2013, Williamson helped pass a bill that allowed family members and others who may come into contact with someone vulnerable to an opiate overdose the ability to get a Naloxone kit, but that would still require a doctor or nurse practitioner’s prescription.

Dr. Mike Henstrom, an emergency room doctor at Oregon Health & Science University, a Level 1 trauma hospital, said the 2013 law had an immediate effect, and dramatically reduced the overdoses that he witnesses.

HB 4124 did produce one hang-up: Dr. Katrina Hedberg, the state epidemiologist, said the bill, particularly its information technology section, would likely come with a fiscal cost and need to pass through the Committee on Ways and Means in a year when the Legislature can only fit small expenses within the existing budget passed last year.