Brown On Tobacco Taxes: ‘We're Going To Keep Working It’ 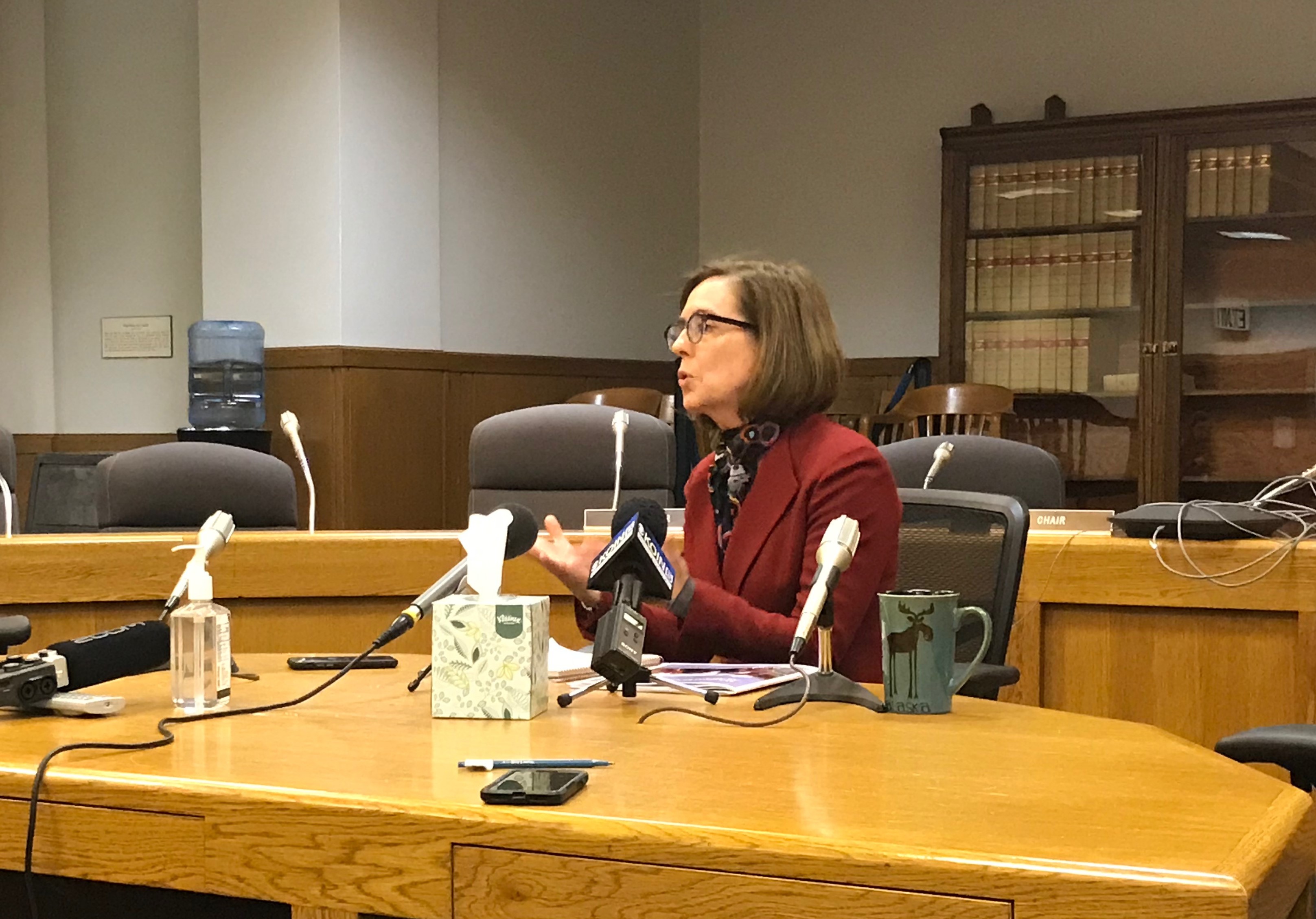 SALEM – Another pillar of Gov. Kate Brown's Medicaid funding plan may be in peril.

Brown acknowledged last week she's uncertain she has the House and Senate votes needed to pass a $350 million package of tobacco taxes, which Brown and Democratic leaders have called vital to fund the Oregon Health Plan over the long term.

The taxes, a proposed $2 per pack tax hike on cigarettes and a new e-cigarette tax, aim to help close a Medicaid funding gap that stood at more than $900 million at the start of the legislative session. The gap comes at a time when Oregon and other states that expanded Medicaid under the Affordable Care Act prepare to take on the full cost burden of the expansion for the first time next year.

The tobacco bills are stalled in the House Committee on Revenue, where they have sat since a pair of public hearings in early April drew support from medical practitioners, but heavy opposition from the tobacco and e-cigarette industries, convenience stores and small grocers. Some opponents have threatened to refer the taxes to voters if they pass.

"We're going to continue to fight for this measure," Brown told The Lund Report. "I see it as a public health measure, and it provides long-term, sustained funding for the Oregon Health Plan. My goal is to keep fighting until they drop the gavel down. We're going to keep working it."

But because the bills raise revenue through new taxes, they'll need three-fifths majorities to pass each chamber instead of simple majorities. Democrats are two members above such a majority in the House, and have exactly a three-fifths majority in the Senate. That means Brown can afford virtually no Democratic defections if all Republicans oppose the tobacco tax hikes.

Asked if she could count on the votes she needs to pass the bills, Brown said, "I don't have the answer to that."

Should the bills fail this session, it would amount to a major rebuke to Brown's Medicaid funding strategy. She easily filled half of the funding gap in March after taxes on hospitals and insurance premiums breezed through the House and Senate. But another pillar, a tax on large employers that don't provide health benefits to workers, died in committee last month. The state will dive into general fund dollars to maintain Oregon Health Plan benefits to the nearly 1 million low-income Oregonians as a result.

"The employer tax was a hiccup, but it's going to be a tough pill for us and the governor to swallow if (the tobacco taxes) fail this session," a House Democrat involved in early discussions about the bills told The Lund Report, speaking off the record to candidly discuss the bills' status. The Democrat added that lawmakers would be put in a difficult position during next year's short session of trying to replace the more than $450 million in Oregon Health Plan funds they would need without the tobacco and employer taxes, to avoid entering the next long session in 2021 with a massive structural imbalance for the health plan.

Further complicating the discussions are other major bills that await committee hearings and votes ahead of this session's June 30 adjournment date. Despite the urgency surrounding the tobacco taxes, Brown called public employee pension reform and a carbon pricing bill her biggest priorities for the remainder of the session. The pension bill narrowly passed the Senate May 23 and the House last week, but the carbon bill – arguably the most controversial bill this session – awaits committee hearings.

Other Democrats remained hopeful about the tobacco taxes' prospects this session. Lawmakers and stakeholders are meeting behind the scenes to tweak the legislation and try to improve its chances of passing, Rep. Nancy Nathanson, D-Eugene, who chairs the House Committee on Revenue, told The Lund Report.

"We’ve long anticipated that these bills would be ready in a final form late in the session," Nathanson said. "Currently, there are technical changes being worked out as we determine the best way to proceed. I remain hopeful that these bills that would provide additional funding for the Oregon Health Plan will pass."

Jun 3 2019
News source:
The Lund Report
Keywords:
oregon health plan, medicaid, tobacco taxes, legislature
×
This article is for premium subscribers. If you are one, please sign in below.
You can see two more premium stories for free. To subscribe, click here. We depend on premium subscriptions to survive, and they are tax deductible.
Sign InGo Premium Not now