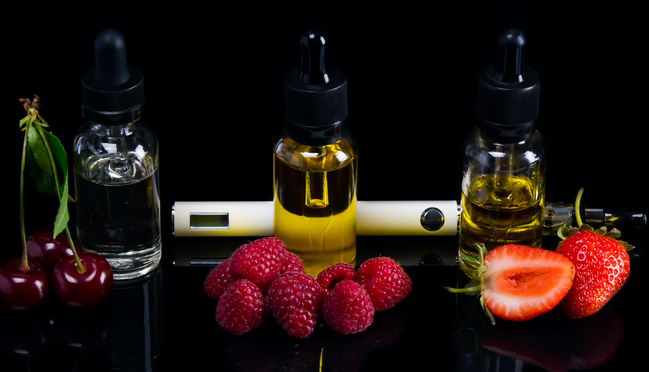 Responding to the rising alarm over vaping, Oregon Gov. Kate Brown on Friday issued a temporary ban on the sale of flavored vaping products and directed state agencies to identify and ban other vaping products that cause lung injury or death.

The move falls well short of a total ban and leaves intact for now the sale of vaping products that are unflavored and contain cannabis, tobacco or other unflavored products. Some cannabis and tobacco vape products are flavored, however, and sales of these are now banned.

The ban on flavored products is for six months. It is aimed at “keeping potentially unsafe products off of store shelves and out of the hands of Oregon’s children and youth,” Brown said.

Oregon law already bans the sale of vaping products to those under 21. Despite that, according to Brown’s directive, vaping among youth has proliferated. Banning the sale of flavored products is an additional way to protect youth, Brown said. Youth are said to be drawn to flavored vapes, ranging from bubble gum to blueberry and strawberry.

Brown’s move states that once state agencies identify “in an evidence-based manner” additional “sources causing or contributing to vaping-associated lung injuries,” they must take “immediate action and adopt additional emergency rules necessary to ban the sale of products containing these specific sources.”

In other words, bans on vaping products with tobacco or cannabis ingredients might still be in the cards.

The governor stressed that it is best no Oregonian use any kind of vaping products. But she took no immediate steps to curtail use of non-flavored vaping products by those who are legally allowed to use them: people 21 and over.

With vaping, a so-called “e-liquid” containing extracts of cannabis, tobacco, other materials, or flavors, is inserted into a device that vaporizes the material for inhalation.

No one has established exactly which ingredients seem to be harming people who vape.

Nationwide concern over vaping has burgeoned in recent months. As of Oct. 1, the federal Centers for Disease Control had identified 1,080 cases of lung injury “associated with using e-cigarette, or vaping, products.” It said 18 deaths have been confirmed in 15 states, including two in Oregon. “Most patients report a history of using THC-containing products,” the agency said. THC is a component of cannabis. More than 60 percent of the patients were 21 or older, the CDC said.

Brown also directed state agencies to develop vaping-control proposals for the Oregon Legislature. She also ordered creation of a task force to establish “the causes and effects of vaping-related lung injuries.”

Brown further directed state agencies to come up plans for consumer warnings about the dangers of vaping, ingredient disclosure requirements, testing of vaping products to determine their safety, and establishment of a statewide education campaign.

The Oregon Medical Association lauded Brown’s move but also advocated for raising the price of tobacco products and vaping devices “as the next important step to deter tobacco and nicotine use among Oregonians of all ages. “