The Centers for Disease Control and Prevention issued an unusual alert on Tuesday, saying all romaine from any source should be tossed.
By:
Lynne Terry 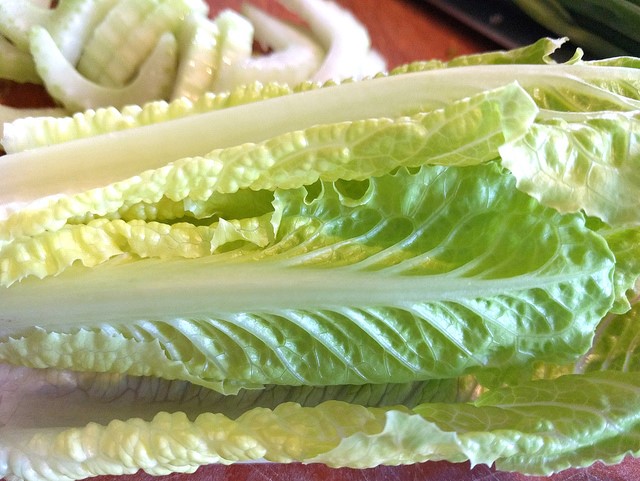 The Centers for Disease Control and Prevention issued an unusual alert on Tuesday, warning the public to avoid all romaine lettuce over an outbreak of E. coli.

The outbreak started last month and so far has sickened 32 people in 11 states, including California but excluding Oregon and Washington. Thirteen people have been hospitalized. The type of E. coli involved, O157:H7, is virulent, potentially causing kidney failure or death.

The alert comes two days before Thanksgiving and comes amid a salmonella outbreak traced to whole and ground turkey and turkey parts. Consumers can avoid salmonella poisoning by properly handling birds during preparation -- don't wash them in the sink -- and cooking them thoroughly. But romaine is eaten raw. Washing does not eliminate the bacteria.

The outbreak comes on the heels of another one also linked to romaine lettuce that the CDC declared was over in June. A total of 210 people got sick, 96 were hospitalized and five died. That outbreak was traced to lettuce from Yuma County, Arizona.