The 42-16 vote in favor of HB 2541 came over the objections of the Red Cross and Rep. Alissa Keny-Guyer that there’s no evidence that blood drives with nurses are always safer than those without one.
By:
Chris Gray 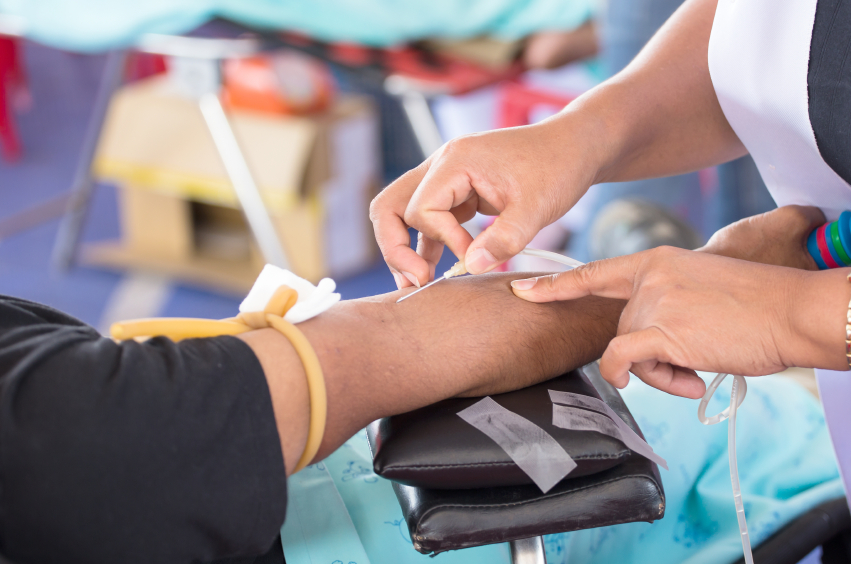 The House approved a bill Monday that will require a nurse or physician at all blood drives with just a few exceptions.

“The expectation of most of us is that there is a professional there who can handle a problem as a problem arises,” said Rep. Mitch Greenlick, D-Portland. “I believe as a former healthcare researcher and a patient that we need to have a nurse available.”

Nurses are already staffed at nearly all blood drives in Oregon because of a collective bargaining agreement between the Red Cross and the Oregon Nurses Association, but House Bill 2541 puts that policy into Oregon law amid a growing practice in other states of making do with just phlebotomists or certified nursing assistants.

The bill does allow a blood drive to be held without a nurse if the nurse cancels less than 48 hours before the event. If the blood drive collects more than 50 pints of blood, two nurses must be present.

The debate pitted two well-respected organizations against each other -- the Oregon Nurses Association and the American Red Cross.

“Ninety-five percent of the drives in Oregon are already following the requirements,” ONA lobbyist Jen Baker told The Lund Report.

The Red Cross cast HB 2541 as a labor issue rather than a donor safety issue, and warned that they may have to schedule more blood drives in nearby states to get around a new law. Rep. Bill Kennemer, R-Oregon City, a chief sponsor of the bill disputed this, noting that California has had a similar law in place at blood drives for 20 years. “It hasn’t negatively impacted their ability to assure an adequate blood supply,” he said.

Although HB 2541 passed easily by a 42-16 margin, Rep. Alissa Keny-Guyer, D-Portland, broke ranks with her party and joined the 15 Republicans to vote against the measure.

“I don’t think it is a good use of our workforce,” Keny-Guyer told The Lund Report. “I felt the national standards that have been used for a long time have been working.”

Baker said that Oregon isn’t experiencing a nursing shortage and blood drives are often located in towns with nursing schools. “A lot of good nurses start at blood drives and move on from there.”

But Keny-Guyer said any efficient healthcare system built on quality needs to be data-driven, but the data wasn’t there to show that blood drives had to have nurses. If anything, adverse incidents are higher on the West Coast where nurses are more commonly used than in other states, although there is no statistically significant difference between those that do and those that don’t.

Keny-Guyer said the 48-hour rule undermined the nurses’ association’s argument that blood drives needed to have nurses: “If it’s not safe, it’s not safe. It’s a little ironic that at 48 hours, we can say it’s OK to go without one.”

Jeffrey Allen, the chief executive officer of the Pacific Northwest blood services region for the Red Cross, argued the bill would increase his organization’s cost, hamper its ability to be nimble, and make it harder to do blood drives in rural areas where there are fewer nurses, but Rep. Deborah Boone, D-Cannon Beach, argued that rural areas are where blood drives need nurses the most, since if there is an adverse incident, it will take longer for emergency medical technicians to show up.

“A higher level of medical technician could save someone’s life,” Boone said.

Keny-Guyer is one of the few Democrats who did not receive donations from the Oregon Nurses Association in the last election cycle. And unlike other unions, the nurses’ union was bipartisan in its political giving. Kennemer, the chief Republican sponsor, received $2,500 and several other supportive Republicans, including House Minority Leader Mike McLane, R-Prineville, also received campaign funding.

The Oregon Nurses Association is Greenlick’s biggest supporter, giving him $8,000.