Blind vendors and workers will get first priority for any food contracts on state and local government properties, hoping to boost employment for blind people, most of whom are left out of the workforce.
By:
Chris Gray 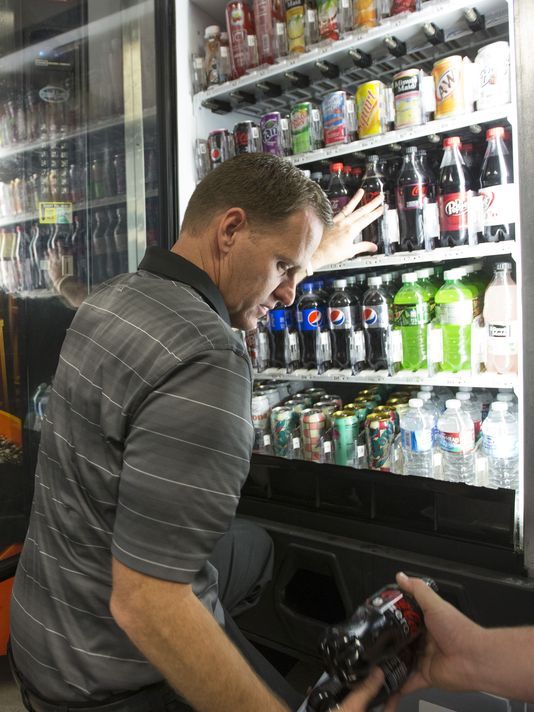 The House unanimously cleared a bill from Rep. Alissa Keny-Guyer, D-Portland, on Wednesday that will revamp the state’s vending machine program to increase jobs and business opportunities for blind people and encourage healthier snacks.

President Franklin Roosevelt signed a law giving blind people first priority to operate vending machines in federal buildings as part of the New Deal in 1936. The U.S. Census has reported that only 42 percent of blind Oregonians are employed, and the vending machine program has been a key way for them to find gainful employment.

But Oregon’s program only gives blind vendors preference, not priority, and it has only 14 blind vendors, compared to 115 in Tennessee, which gives first priority to blind vendors for any food and vending contracts on public property.

HB 3253 would give this first priority to blind business owners and require vending machine operators to pay fees to the Commission for the Blind. The bill now goes to the Senate.

“The change from preference to priority is the biggest thing to ever happen for this program,” said Eric Morris, director of the Business Enterprise Program for the Commission of the Blind.

The bill also addresses another quirk in the Oregon program -- the blind vendors are given free rent and utilities for the vending machines, but most of the blind entrepreneurs actually contract out nearly all of the work of stocking and procuring items for their machines to regular vending machine companies, owned and operated by fully abled people.

This subcontracting occurred despite state rules against the practice, and the state has been locked in a fruitless legal dispute with these blind business people for years.

HB 3253 gives legal clearance to these subcontractors, but it attempts to encourage greater involvement for blind people by discounting the Commission for the Blind fees if the business owners hire blind managers or blind stock people. They will get smaller discounts for hiring people with other disabilities or military veterans.

“We’re trying to have this so it’s a real program for business and employment,” Keny-Guyer told The Lund Report.

Keny-Guyer also backed fee discounts for vending machines whereby at least half of their items are healthy or locally produced food and drinks.

Randy Hauth, a blind vendor, said HB 3253 would restore integrity in the program and was modeled after Tennessee’s successful program. “They have by statute enforced the intent of the federal law,” Hauth said.

Rep. Jodi Hack, R-Salem, a co-sponsor, said the rules would also apply to food carts, mini-markets and cafes and cafeterias on state and local government property, encouraging contracts for blind business people as well as the hiring of blind people, veterans and others with disabilities.

In 2013, Keny-Guyer tried to mandate that vending machines in public buildings sell only healthy snacks and diet soda pop but her bill was scuttled amid complaints of a nanny-state that imposed healthy food rules for school children onto adults’ and their snacking habits.

The blind vendors also complained that while they do offer healthy snacks, but they sell poorly and often go bad before they can be purchased.

However, according to Karen Girard of the Oregon Health Authority, the Public Health Division has coordinated with the Commission for the Blind to stock vending options that are both healthier and more appealing in the Barbara Roberts Human Services Building, and sales have risen for these items this year.