Senate Bill 491 would allow teens to bypass their parents when seeking help for mental health issues, which can arise from conflicts with their parents.
By:
Christopher David Gray

May 7, 2013 — Teens struggling with a problem at home could have a better chance to access mental health services under a bill debated Monday in the House Health Committee.

Senate Bill 491 allows teenagers 14 to 17 to seek mental health therapy from a licensed professional counselor or a marriage and family therapist — without their parents’ knowledge or consent.

“Sadly, some teens have parents who are sexually and emotionally abusive or neglectful, or they may face problems of their own, such as alcohol or drug dependence,” said Larry Conner, the president of the Oregon Mental Health Counselors Association. “All of these can create barriers for their teens wishing to seek help.” 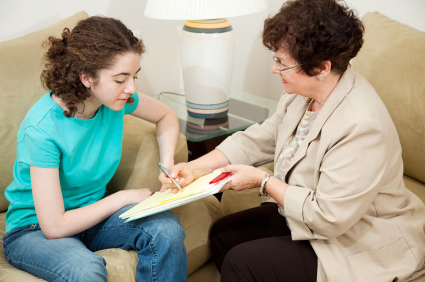 Conner said teens who want help managing the emotional fallout of a divorce may be inhibited by having to ask permission from one of their parents.

Current law that dates to 1985 does allow teens to bypass their parents and seek help from a social worker or a psychologist. And, they can also seek medical attention from a doctor or a nurse practitioner. SB 491 simply expands their options and allows teens to seek care from a professional counselor or a marriage and family therapist.

The bill breezed through the Senate with little debate and opposition from only three Republicans, but it caused a stir in Monday’s House Health Committee, after emails circulated to legislators, warning of a loss of parental rights.

Rep. Jason Conger, R-Bend, said he understood there were circumstances when parents are abusive and must be excluded from the process, but said parents are usually a teen’s best advocate.

“Families are the best institution in society to protect children,” Conger said.

Conger, along with Rep. Jim Weidner, R-McMinnville, went so far as calling for an overhaul of the existing law, tightening it so that parents would have a better chance to know when their teenager was seeking counseling.

But Rep. Bill Kennemer, a Republican from Oregon City and a retired psychologist, said he’d treated teenagers who needed to speak with him privately. When appropriate, he said, their parents were brought into the discussion early on.

“It’s not the dramatic change that it sounds like,” said Rep. Bill Kennemer, R-Oregon City, a retired psychologist.

Under the current law for existing providers — which would be extended to counselors and therapists if SB 491 passes — parents or guardians must be notified before the end of treatment, unless there’s a clinical reason to withhold the information.

In his practice, Kennemer said this happened very quickly — both to ensure trust in the relationship with his teen clients — and to determine payment.

Rep. Mitch Greenlick, D-Portland, the chairman of the Health Committee, held off a vote on SB 491 until Wednesday to allow legislators to collect their thoughts, but he was adamant about the need to give teens the opportunity to seek confidential help from a counselor or therapist.

“Our first order of business is not to protect parents, it’s to protect children,” Greenlick said. “I am terrified by high suicide rates.”

Greenlick told detractors of the bill that while he loved “The Adventures of Ozzie and Harriet” TV show growing up, that 1950s ideal of family life was a fantasy then and only more so now.

“We don’t live in an Ozzie and Harriet world,” he said. “We live in a world where lots of families are screwed up.”

Wendy Curtis, a licensed professional counselor, said that suicide is the leading cause of death for young people ages 14 to 24, and that she sees teenagers struggling with mood disorders and substance abuse. “It’s important that teens have access to mental health services.”

Curtis said with the rollout of coordinated care organizations, counselors and therapists are worried that they’ll be shut out if access to teenagers is restricted. Rep. Jim Thompson, R-Dallas, said he supported SB 491 for this reason — it helps keep more providers at the table.

Rep. Alissa Keny-Guyer, D-Portland, insisted that any new changes to the 28-year-old law not happen until after the legislative session ends and, then, only upon the recommendations of a comprehensive work group.

“These professionals are better equipped to make decisions than some on the list,” she said.