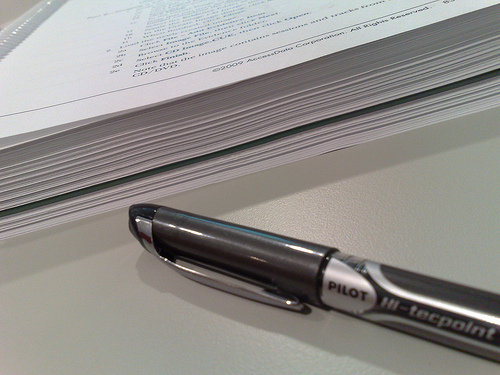 July 24, 2013—Oregon’s new insurance commissioner thinks there’s an opportunity to make insurance companies more accountable to consumers and drive healthcare costs down as the Affordable Care Act is implemented and the state seeks ways to bolster its rate review process.

“We have a responsibility [to consumers] that insurance companies are charging an appropriate rate,” Laura Cali said. “We need to be very strong in terms of the questions we ask [and] the documents we request.”

Cali became insurance commissioner July 15, replacing Lou Savage. She has worked for the Division for two years as the Division’s chief actuary and product regulation manager. Her responsibilities included overseeing the review of health insurance rates.

The Insurance Division published its approved rates earlier this month, after slashing the proposed rates from a couple percentage points to 35 percent. Cali said the decreased rates are a sign of the impact that health reform will have on insurance costs.

For example, she said, it’s no longer permissible for an insurance company to deny someone coverage because of a pre-existing condition starting next January. “That’s huge,” she said. “That does factor into how insurance companies develop their rates.”

Another major change is the requirement that all health plans offer an “essential benefits package,” ensuring that a broad range of services insurance companies are required to individuals and small groups.

Because of the changes under the Affordable Care Act, Cali said it’s impossible to make an apples-to-apples comparison between the rates offered in 2013 compared to prior years. Instead, the rate changes reflect the difference between what the insurers requested, and the rates approved by the Insurance Division.

She told The Lund Report that her biggest priority as commissioner will be her involvement in the continuing changes to Oregon’s rate review process.

The state’s rate review process—which analyzes, reviews, and suggests changes to insurance company’s proposed premiums —can be used to get detailed, more descriptive information about why costs are increasing and how those costs can be lowered, she said.

“The filings are pretty technical. We don’t get a lot of quantitative detail,” Cali said. “It varies from carrier to carrier, but some will just give us a qualitative description of what they do [and how much it costs].”

By getting more information about the healthcare costs from insurance companies and learning the reason for those costs, the Insurance Division can help stabilize the market and incentivize more efficient and less costly healthcare.

“The more detailed kind of information we can have on the financial side, we [will] see in real dollars how that adds up to the premiums,” she said. “That’s going to be something that’s really key for us.”

She thinks the Division can work with insurance agents, suggesting they offer information to their clients. Its consumer information department, comprised of advocates who respond to questions and concerns from the public, could offer more outreach services, such as meeting with consumers.

Noting that the changes brought about by the Affordable Care Act are happening very quickly, Cali is hopeful these reforms will not only lead to more affordable and efficient healthcare, but also motivate consumers to become more educated.

“More transparency for the consumer is going to help them better understand what they’re paying for, and what [their health plan] is covering,” she said.

Image for this story by Stig Andersen (CC BY-SA 2.0) via Flickr.