Biden’s Executive Order Includes Drug Pricing. But Will It Do Enough? 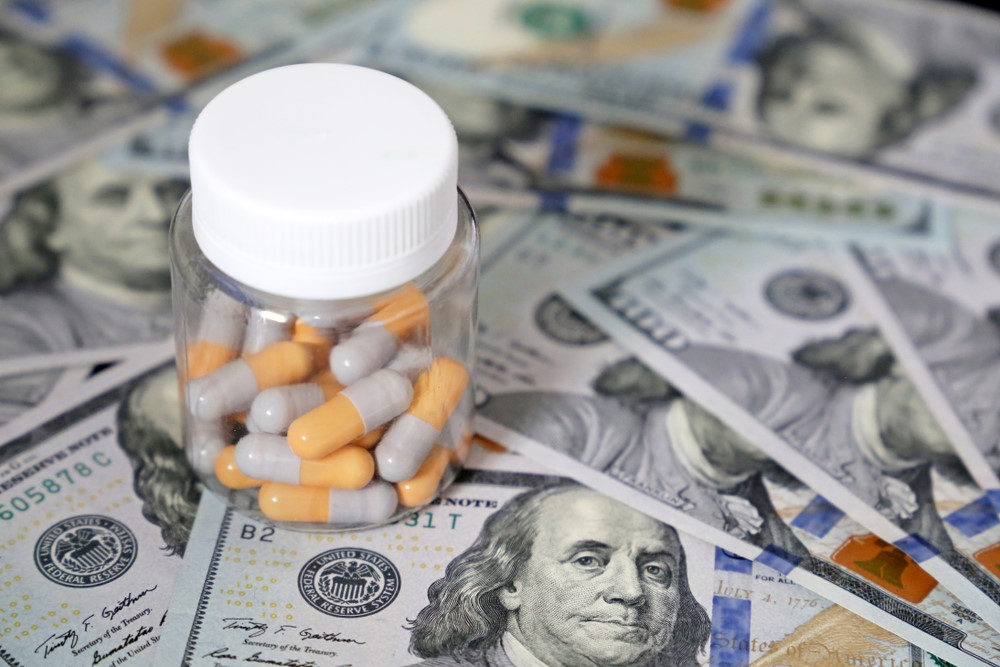 President Joe Biden’s executive order of July 9 included various steps toward making good on campaign promises to take on pharmaceutical companies by allowing the importation of prescription drugs and curbing the high cost of medicines.

These issues were key to candidate Biden’s 2020 health care platform, which stated he would “stand up to abuse of power” by drugmakers. Biden promised on his campaign website that he would allow consumers to buy prescription drugs from other countries, as long as the Department of Health and Human Services deemed it safe. In speeches, candidate Biden also pledged to bring down drug costs by 60%.

Nearly six months into his term, Biden issued an executive order on promoting economic competition, which included moves toward fulfilling these promises.

KHN has teamed up with our partners at PolitiFact to analyze Biden’s promises during the 2020 presidential campaign — and, so far, experts generally say the jury is still out on how meaningful these efforts will be.

Promise: “To create more competition for U.S. drug corporations, Biden will allow consumers to import prescription drugs from other countries, as long as the U.S. Department of Health and Human Services has certified that those drugs are safe.”

The July 9 executive order directed the Food and Drug Administration commissioner to work with states to develop a program allowing prescription medications to be brought in from other countries, particularly Canada.

However, several drug pricing experts told us that, of all the policy ideas aimed at reducing the cost of drugs, importation seems the least likely to happen.

“Other countries are not interested in facilitating this,” said Benedic Ippolito, a senior fellow in economic policy studies at the American Enterprise Institute.

Matthew Fiedler, a fellow with the USC-Brookings Schaeffer Initiative for Health Policy, agreed.

“This policy is unlikely to ever work as intended because Canada is unlikely to allow the export of drugs to the United States,” Fiedler wrote in an email.

That’s because drug manufacturers would then probably demand higher prices in Canada, since those would become the de facto U.S. prices, he said. “That would cause a big increase in prices in Canada that Canada likely wishes to avoid.”

This is not the first time a president has suggested importing drugs, notably from Canada. President Donald Trump put forward the same idea during his time in office. Democrats and Republicans alike have supported similar proposals.

During the Trump administration, a rule was finalized allowing states to seek the FDA’s permission to import drugs. Several states then passed laws to that end, but Florida is the only state to have formally applied to the FDA. The agency has yet to make a decision on the request.

The Pharmaceutical Research and Manufacturers of America, the trade industry group representing major pharmaceutical companies, sued HHS in 2020 in an attempt to get this drug importation rule overturned. The litigation is ongoing, though the Biden administration has asked for the case to be dismissed.

In a May court filing, the administration argued the case was pointless because it’s unclear whether any state importation plan would be approved anytime soon.

Canada has signaled its concern that exporting drugs to the U.S. could trigger shortages within its borders, and after the Trump-era rule was finalized, the country moved to block bulk exports of medications in short supply.

“Drug pricing has been a big problem for several years now, and there are many policy ideas on the table. We don’t lack for policy ideas — we lack for actual implementation of those ideas,” Sachs wrote in an email. “So I don’t think it’s concerning at all if the administration chooses to advance existing policy ideas rather than developing new ones from scratch.”

It’s also important to remember that Biden has just released an executive order directing that these things happen. It is just a first step in a long line of steps, including issuing rules and allowing time for public comment.

That means details of how this importation policy would work are not yet available. The executive order calls for a report to be issued 45 days afterward with a plan outlining specific efforts to reduce prescription drug prices.

The High Cost of Drugs

Promise: “I’m going to lower prescription drugs by 60%, and that’s the truth.”

On this pledge, the recent executive order outlined the president’s vision for how to proceed.

The order included an initiative designed to shore up the approval framework for generic drugs and biosimilars, working with the Federal Trade Commission to address efforts to impede competition for these types of drugs and help Medicare and Medicaid incorporate new payment models to cover them.

The administrative actions outlined in this executive order do have the potential to reduce prescription drug prices, said Fiedler of the USC-Brookings Schaeffer Initiative. But it depends on more than just what the order says.

“In each of these areas, whether prices actually fall will depend on the details of the proposals the administration ultimately puts forward,” Fiedler wrote in an email. “However, these are all areas where there are opportunities to make changes that would have a meaningful impact.”

Again, more will be known in 45 days, the deadline for the release of the plan to reduce prescription drug prices.

It’s important to note that the FTC is an independent agency, so Biden’s principal means of influencing drug policy comes from his appointments to the agency, said Fiedler. It does seem likely, though, he added, that the newly appointed FTC chair would be sympathetic to cracking down on market conduct that delays the entry of generic drugs or biosimilars.

“And the most disruptive drug pricing reforms — those that could even sniff that kind of price reduction — are also the most unlikely to pass,” Ippolito wrote in an email. “In short, I suspect that this executive order isn’t going to make much headway.”

Trump also promised last year on the campaign trail that he would lower drug prices by 60%, after repeatedly promising to reduce medication costs during his four years in office. However, little progress was made toward that goal despite several related executive orders in 2020.

While Biden’s executive order has a different focus than most of the Trump-era drug pricing orders, the Biden administration has signaled it may still be open to embracing some of those policies.

Trump’s directives focused on rebates paid to pharmacy benefit managers being rerouted to beneficiaries, reducing the cost of insulin by compelling federally qualified health centers to make the drugs available at low prices to low-income people, importing drugs from Canada and tying drug prices to the prices paid in other countries.

Three proposed rules that resulted from Trump’s orders are being kept around by the Biden administration — at least for the time being. One is the “Most Favored Nation Model.” This rule is supposed to match U.S. prices for certain classes of drugs with the lower amounts paid in countries that negotiate drug prices.

According to Politico, the Biden administration’s regulatory office received the rule this month, which means there may be a new public comment period before the rule is finalized — though it’s likely this would take some time.

And, of course, there’s the pending Trump administration rule on drug importation, currently tied up in court.

No other Trump drug pricing efforts made much headway. Instead, they drew a fair amount of industry pushback.

And it remains to be seen whether Biden’s directives will fare any better.

Experts agreed that most likely congressional action would be needed to achieve a 60% reduction in prices. With over three years left in Biden’s term, who knows what could still happen?

For now, we rate these promises “In the Works.”