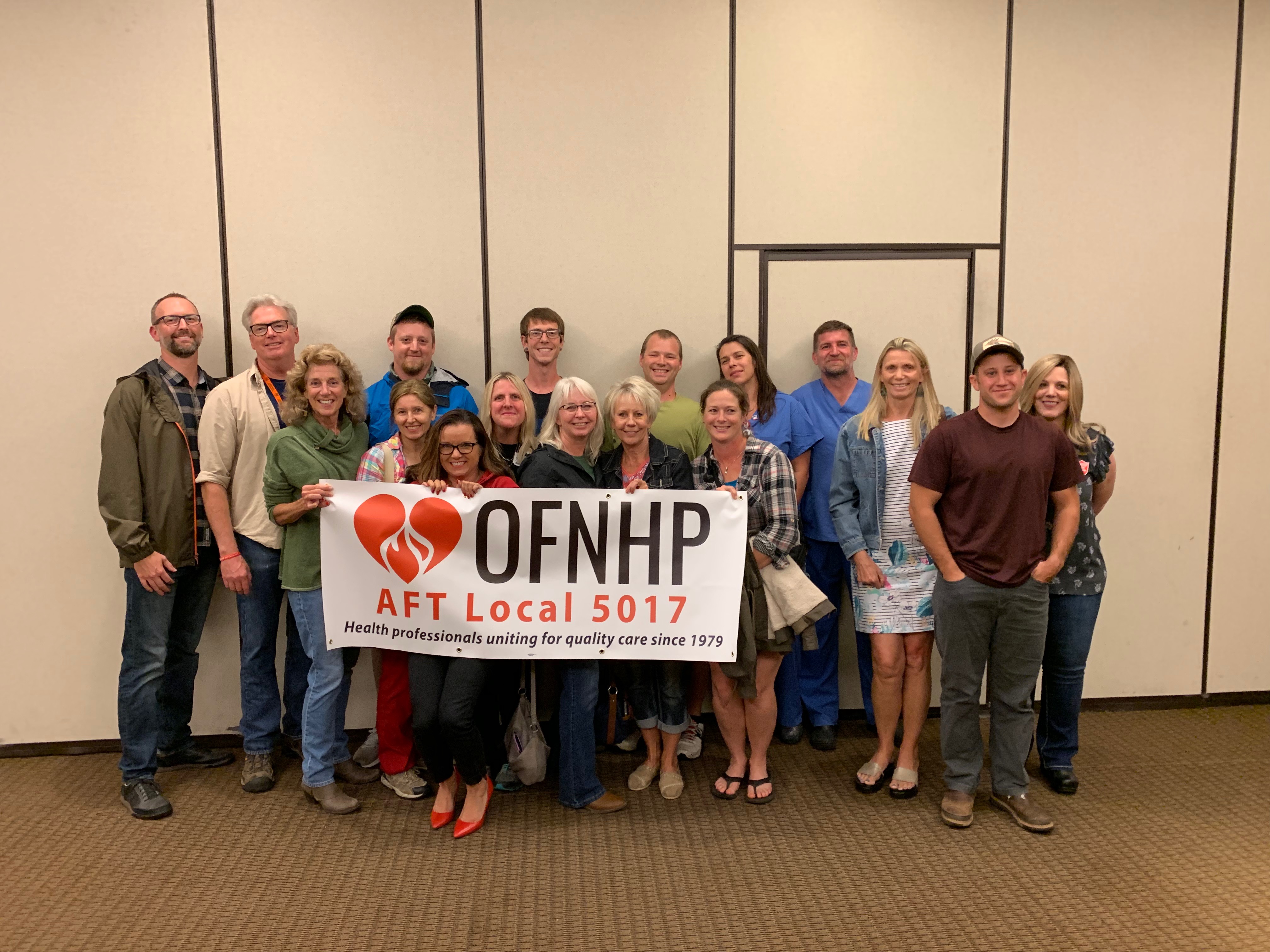 The St. Charles Medical Center in Bend is the latest Oregon hospital to be caught by the labor unionization wave in the health care sector.

Technical workers at the hospital have voted overwhelmingly to be represented by the Oregon Federation of Nurses and Health Professionals, an affiliate of the American Federation of Teachers, the union announced.

In the Sept. 5 vote, technical workers voted 90-34 in favor of organizing with the union, labor leaders said. The new union will represent about 160 tech workers, including technologists in surgical, imaging, respiratory care and other departments, the union said.

Officials with St. Charles, a four-hospital non-profit health care system, did not respond to requests for comment from The Lund Report. The vote affects only workers at the Bend hospital. The system’s three smaller hospitals, in Redmond, Prineville and Madras, are not affected, the union said.

The Bend hospital has about 3,200 employees, including workers at the system’s clinics in La Pine and Sisters, according to the St. Charles website.

St. Charles techs said they want contract negotiations to focus on short-staffing, scheduling problems, and ensuring wages keep up with the skyrocketing cost of living in the Bend area.

Unionization at the hospital has been conflict-ridden in the past.

Service workers at the hospital in 2011 narrowly voted to be represented by Portland-based Service Employees International Union Local 49. But a year later, workers booted out the union in a decertification vote. Some observers said the union had made only scant progress in contract talks. The labor unit had included some 600 workers.

Nurses at the Bend hospital, as well as its companion St. Charles hospitals in Prineville and Redmond, have long been represented by the Oregon Nurses Association, an AFT affiliate.

It’s unclear whether St. Charles intends to appeal the Bend vote, which was overseen by the National Labor Relations Board.

“I am organizing because I see a critical need for technologists to have a voice,” said ultrasound tech Dee Dee Schumacher in a news release. “I want to ensure that technologists following in my footsteps can stay as passionate and dedicated as I have been in my career.”

Adrienne Enghouse, president of the Oregon Federation of Nurses and Health Professionals, said tech workers have been organizing for about a year.

The key issue? "Over and over, it was respect. They did not feel respected at work and they want more of a say in workplace issues," she said.

Late last year, service workers at Providence Portland Medical Center voted by the narrowest of margins – 384-383 – to be represented by SEIU Local 49.

Also in Portland, nurses at the Unity Behavioral Health Center this year voted to be represented by the Oregon Nurses Association.

In November 2017, tech employees at PeaceHealth’s hospitals in Springfield and Eugene voted to be represented by the Oregon Federation of Nurses and Health Professionals. Earlier that year, SEIU Local 49 was voted in by about 200 medical and lab assistants, cooks, aides and other nonprofessional workers at PeaceHealth’s Peace Harbor Medical Center in Florence.

Many of the subsequent contract talks have focused on pay. The high cost of living in Bend is a sore point for tech workers at St. Charles, the union said.

Bend home prices have skyrocketed. The median single-family-home sales price reached a record $470,000 in July, up about 40 percent from four years earlier, according to The Beacon Appraisal Group of Bend.

The Bend hospital, with 259 beds, is by far the biggest of the St. Charles system’s four. It earned a profit of $10 million on operating revenues of $606 million in 2018, according to financial data filed with the Oregon Health Authority.

Sep 6 2019
News source:
The Lund Report
Keywords:
St. Charles Medical Center, Oregon Association of Nurses and Health Professionals, seiu local 49
×
This article is for premium subscribers. If you are one, please sign in below.
You can see two more premium stories for free. To subscribe, click here. We depend on premium subscriptions to survive, and they are tax deductible.
Sign InGo Premium Not now