Oregon is poised to become the third state in the nation allowing psychologists to prescribe drugs
By:
Diane Lund-Muzikant 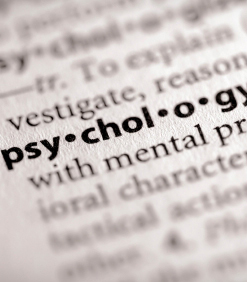 May 21, 2009 --  Despite intense lobbying pressure from organized medicine – including the Oregon Pediatric Society, the Oregon Psychiatric Association and the Oregon Medical Association – legislators may be close to declaring victory.

“This bill isn’t going away; I’m quite impressed with what the psychologists have done; it’s very workable,” said Senator Laurie Monnes-Anderson (D-Gresham), who held a public hearing on Wednesday (May 19). “The political dynamics in the Senate are huge. Now I need to educate the caucus.”
House Bill 2702 will be heard again on May 26 in the Senate Health Care and Veteran’s Affairs Committee chaired by Monnes-Anderson.
Earlier the House voted by an overwhelming margin, 47-11, to support the measure. Only psychologists who meet strict training and education guidelines could prescribe psychotropic medications to treat mental illness. A committee comprised of physicians and psychologists would oversee the drug list (formulary), the certification process and be charged with disciplinary authority.
Those requirements aren’t enough to satisfy the psychiatric community, which called the level of educational training “sub-standard,” according to Dr. John Bischof, president of the Oregon Psychiatric Association.
Psychiatrists are trying to water down the measure by creating a ten-member task force to develop recommendations for a medical training program. “We’d like to bring other stakeholders into the process, including consumers,” said John McCulley, who lobbies on behalf of the psychiatric association.
“We’ve already been there and done that,” insisted Lara Smith who represents the Oregon Psychological Association. In June 2007, on the request of Reps. Linda Flores (R-Clackamas) and Tina Kotek (D-Portland), the major stakeholders were brought together to discuss this issue, including the psychiatric community.
If this bill passes, publicly financed services will hire psychologists rather than physicians to diagnose and medicate patients, contended Tim Murphy, a child and family therapist who’s also been a hospital administrator and consultant. That will “create a lower standard of care for our most vulnerable populations,” he said. “This bill is bad for Oregonians. It’s bad policy and it’s bad medicine.”
That’s just not true, said Smith. “Psychologists aren’t trying to become doctors or psychiatrists. This bill is intended for psychologists who want to become specialists.”
The fears being generated are unfounded, she added. Psychologists must collaborate with a primary care physician before writing a prescription, and consult with a pediatric psychiatrist for children younger than 15.
The educational requirements are extremely strict, Smith said. Beyond their PhD training, psychologists would have to complete a two year master’s program in psychopharmacology and have 800 hours of clinically supervised training, with 160 of those hours in a public health setting and another 160 in a primary care setting.
“We’ll have the best trained folks compared to nurse practitioners and physician assistants,” Smith said. “These psychologists will be specialists in mental health drugs and understand how those drugs interact with other medications.”
But the opposition is pounding away at the potential harm and risks to children and adolescents. There could be “unintended consequences,” said Dr. Kristan Collins, representing the Oregon Pediatric Society, and “liability and malpractice vulnerabilities that are yet to be determined. These psychotropic medications are powerful agents.”
In 2004, Louisiana’s legislature overcame fierce opposition from the American Medical Association and gave prescribing privileges to psychologists. “Since then, no one’s been found dead in the streets in Louisiana,” said Glenn Ally, PhD, who flew in from the East Coast to testify, and is among 20 psychologists in Louisiana able to prescribe.  “Our bill is similar to Oregon. There’s a mandatory consultation clause and we must collaborate with physicians every step of the way. This has been done; we’re not speculating any longer.” New Mexico became the first state to allow psychologists to prescribe.
Licensed psychologists outnumber psychiatrists – about 1,400 to 400 – in Oregon. About 13 psychologists have completed the extra master’s degree.

Track what’s happening at the Capitol through the legislative Web site.
Find and write to your Legislator or Congressman here.
May 21 2009
Keywords:
oregon legislature, children, Psychologists, psychiatrists, prescription drugs, therapists