Sen. Alan Bates, D-Medford, said a bill ending Cover Oregon and moving its remaining functions and work with the insurance marketplace into the Oregon Insurance Division, will likely be the first law enacted by the 2015 session.
By:
Christopher David Gray 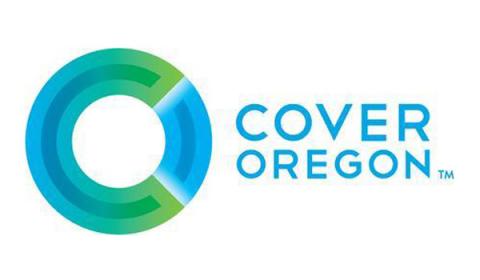 Even as the Cover Oregon board dawdled last week on a decision on where to operate the remaining functions of the state insurance exchange, another leading Democratic senator is saying publicly that the time is up on the independent agency.

“We have to close it down. It’s over,” said Sen. Alan Bates, D-Medford, who chairs the Senate Legislative Budget Committee for Human Resources. Bates admitted that he helped Senate President Peter Courtney, D-Salem, draft his own statement on the matter -- “Enough is enough.”

Unlike others who had mentioned the Oregon Health Authority as a possible home for Cover Oregon, Bates was adamant that it fall instead under the Department of Consumer & Business Services’ Insurance Division.

“It should be embedded in DCBS. I don’t want it in OHA,” Bates told The Lund Report on Tuesday. “They’re really not in the insurance business.”

He said legislation dissolving the independent agency and rolling its functions into the Insurance Division would be among the first bills passed in the 2015 session, which gets underway next February. The osteopathic physician serves the southern Oregon cities of Medford and Ashland in a district that is closely balanced between Democrats and Republicans. Bates is locked in a rematch with retired Marine Col. Dave Dotterrer in this November’s election.

The senator said the creation of Cover Oregon as an independent agency had been a bipartisan idea, led by Republicans, but that many Democrats, including himself were skeptical of yielding as much oversight as they did. “OHSU has been under that model. They do it well,” he conceded.

Bates said the health authority does a lot of good work, especially with the Oregon Health Plan, but the smaller Insurance Division, which already negotiates rates with the insurance companies, would be a more natural fit dealing with those large commercial insurers.

Much of the insurance exchange’s responsibilities have already been passed onto the federal government, including the website portal. Consumers wishing to purchase policies for 2015 on an online exchange where they may receive subsidies must use the federal site, healthcare.gov, between Nov. 15 and Feb. 15.

The health authority had been responsible for many of the management decisions that proved fatal to Cover Oregon being able to launch a fully functional insurance exchange and website. First Chief Information Officer Carolyn Lawson was forced to resign, followed a few months later by longtime Health Authority director Bruce Goldberg after an independent audit showed that he was partially responsible for the failure to supervise Oracle, the California software giant that Gov. Kitzhaber has placed most of the blame, and with whom the state is now locked in dueling lawsuits.

“It started at OHA,” Bates continued. “They had people who were not competent to oversee a project of that size. They weren’t able to tell us early enough we might not make it.”

Bates said it was possible a special session could be called after the November election, but the move to dismantle Cover Oregon will likely be made in February when the Legislature starts its next regular session. Consumer health advocate Jesse O’Brien of the Oregon State Public Interest Research Group expressed concerns that the entire Cover Oregon process, including recent declarations, had lacked transparency, and he is hopeful of hearing a fuller debate before any vote in February.

“We don’t have an opinion on if it will be an independent organization or part of a state agency,” O’Brien said of OSPIRG. “We just want to see it get its job done.”

Besides which agency will take over Cover Oregon, other questions remain unresolved, such as how the state will keep its promise of offering a SHOP exchange for small businesses. Even as individuals will be required to go to healthcare.gov, the state could still operate a program for small businesses wishing to offer insurance to their employees, much like Illinois has chosen.

Rep. Alissa Keny-Guyer, D-Portland, said that keeping state responsibility for the small group exchange would likely give Oregon small businesses more options for their employees, because the planned federal SHOP exchange is expected to be quite limited.

Keny-Guyer said she was interested in listening to the full range of ideas from OSPIRG as well as Cover Oregon officials about how the insurance exchange should continue at the state, but added that the idea of moving it into the health authority or the Insurance Division had a lot of merit.

“Many people are concerned with the lack of accountability,” Keny-Guyer said.

The Republican gubernatorial candidate, Rep. Dennis Richardson, R-Central Point, did not return a request for comment through his spokeswoman, Meredith Glacken, but Bates’ Republican opponent agreed that Cover Oregon needed to be rolled into a state agency.

It’s unclear whether the name Cover Oregon will be erased if the Insurance Division runs the exchange or whether it will stay a discrete unit within the division.

Cover Oregon spokeswoman Ariane Holm did not return a call seeking a comment from director Aaron Patnode on the future of the exchange. Patnode is expected to testify before legislators next Monday when both the Senate and House Interim Committees on Health Care and Human Services hold their quarterly meetings in Salem.

Bates added that he didn’t think the 156 employees of Cover Oregon should automatically keep their jobs once their responsibilities were moved to the Insurance Division.

He said any decision of whether the state would keep Patnode or any other employees would be up to their new bosses -- DCBS Director Pat Allen and Insurance Commissioner Laura Cali. “This is not the dance of the lemons,” Bates said.