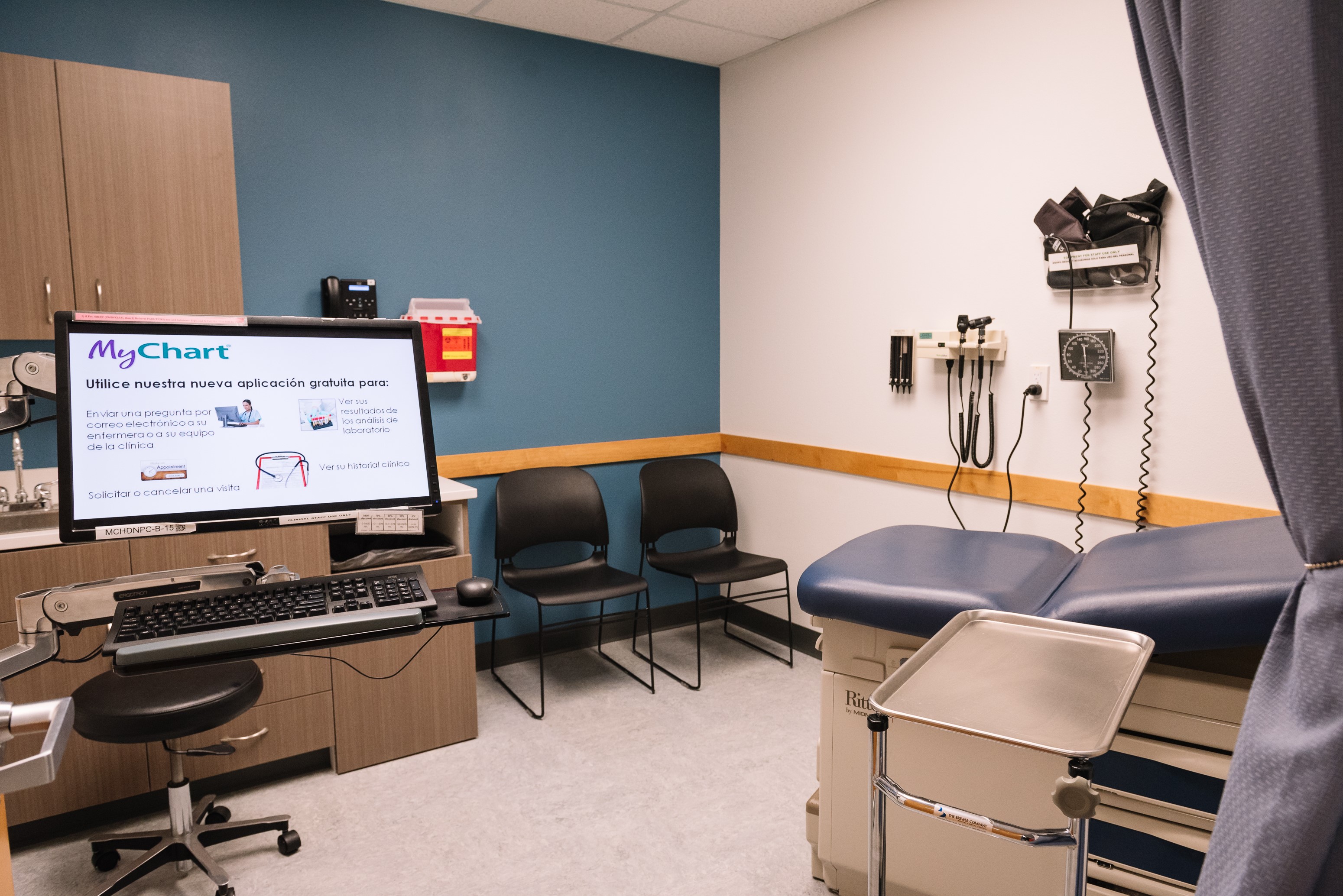 in a report released Thursday.

The audit said the county should do a better job of retaining doctors, nurse practitioners and physician assistants, pointing out that the relentless churn of providers hurts patients. The county has seven clinics which serve low-income residents.

In response, the county said it is searching for solutions. “Primary care provider turnover is a common concern nationally,” wrote Patricia Charles-Heathers, director of the county health department, and Deborah Kafoury, Multnomah County chair. “We are engaging our providers. They are telling us, in interviews and surveys, of a desire for more professional development opportunities and improved onboarding, initiatives we have begun undertaking.”

The audit, chosen by the county auditor’s office, comes as patient volumes at the seven clinics continue to drop, threatening clinic revenues. The audit suggested the decline was due to patients switching to other medical providers.

The clinics’ average billable visits per workday sank from 560 in the fall of 2017 to 460 by the summer of 2019, according to Nicole Dewees, a principal management auditor in the auditor’s office. That’s an 18 percent decline. In the March to October 2018 period, an average of 631 patients per month switched from the county-run clinics to other providers, Dewees told The Lund Report.

“Our finding was that the county needs to use this data to find out why people are leaving,” Dewees said. The departures are financially sapping to the county clinics: Fewer patients translates into less Medicaid revenue for the clinics.

Data on clinic revenues were not immediately available Thursday. The clinics are part of the county’s Integrated Clinic Services Division, which also runs six dental clinics, seven pharmacies, eight high school health centers, a lab and an HIV center. The division’s total annual budget is about $112 million, almost all of it Medicaid funding. It serves about 66,000 people a year.

Charles-Heathers in her response said the county is “taking aggressive steps to maximize the financial viability of the system.” She added: ”In recent years, this already complex mission to serve vulnerable people has grown ever more complicated by changes in Oregon’s financial reimbursement model, Medicaid expansion and work with different coordinated care organizations.”

The county also is evaluating productivity goals it sets for providers, she wrote.

The primary care health clinics, with a total of 43 primary care providers – doctors, nurse practitioners and physician assistants – are an important safety net for low-income and other vulnerable populations, including recent immigrants, non-English speakers and others. The audit offers a window into the operations of the clinics, especially the largest ones with the biggest volumes of patients who need interpreters and have complex medical conditions.

The auditor’s office looked at a number of aspects of the clinics but chose to focus on provider turnover and the working conditions for providers, including the number and complexity of visits with patients.

County pay and benefits “didn’t seem to be a driving factor” in providers leaving, Dewees said. Rather, the audit found that providers left because they felt management did not listen to them, and that workloads were difficult in part because of the large numbers of cases that involved long intake sessions using interpreters to help patients who spoke little English.

The county should reevaluate its requirement that each provider completes 16 patient visits per eight-hour shift, the auditors said.

“Most providers do not meet this goal,” the audit said. At the seven clinics, completed visits per provider averaged 10.9 to 12.7 per shift, the audit said.

The audit focused on one clinic as emblematic of the problems: Mid-County on Southwest  Division, east of Interstate 205. It’s the busiest of the county’s clinics and has by far the biggest turnover of doctors, nurse practitioners and physician assistants. On average 32 percent of the clinic’s roughly 11 primary care providers quit each year, the audit found.

It’s unclear what the solutions are. Turnover at safety-net federally funded primary care provider clinics is typically high due to a variety of factors, including the difficult work and the relatively modest pay.

The audit said providers want management to be more open to suggestions.

Managers said that providers often choose to work for the clinics because that qualifies them for a program that cuts their medical school loans, the audit said. Then, after a few years, providers leave for the private sector, the managers told the auditors. But the auditors said that some providers left due to  “the heavy workload, along with poor communication from management and management not considering provider insights.”

The county’s doctors, nurse practitioners and physician assistants all are covered by labor union agreements. For a 40-hour week, doctors are paid between about $170,000 and $214,000, and nurse practitioners and physician assistants are paid between about $102,000 and $130,000. They all receive a comprehensive package of benefits. Wages and benefits in the health care sector vary widely, but the pay scale at the county may be on the low side compared to the private sector.

Many patients at the clinics have highly complex needs that require more than a standard 20-minute time slot to address, the audit found. In addition to having serious health conditions, many patients must be served in a language other than English, and require interpretation services, which prolongs the visit, the audit said. Plus, some patients, especially those at clinics with high numbers of refugees, are unfamiliar with U.S. medical practices, such as how to obtain and take prescription drugs, the audit found.

At the county’s Mid County health clinic, 59 percent of the 35,000 annual visits require interpreter services, the highest percentage among the seven clinics, the audit found.

The county needs to  do a better job adjusting provider workload to the amount of time patients require, the audit found.

Auditor Jennifer McGuirk said the county needs to do a better job of finding out both why providers leave, and why so many patients transfer to other medical practices.

The audit also recommended that the Integrated Clinical Services Division – the unit that includes the seven clinics – hire a financial director as part of its leadership team. The division's annual revenues of about $112 million come almost exclusively from Medicaid. A financial director would be able to delve into issues such as provider workloads and their effect on revenues, and the so-called “leakage” problem in which patients leave the clinics and sign up with other providers, the audit said.

Thx for shining a light on this.  Deborah Kafoury lacks the basic leadership skills necessary to keep Mult Co. healthy and to serve our most vulnerable.  Mult Co Dems need to step up and ger her primaried out.