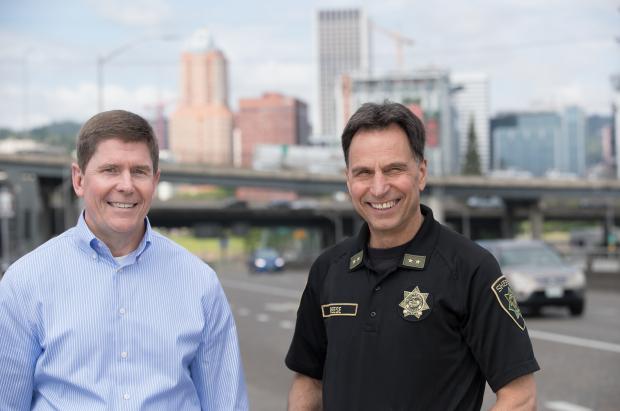 Conditions in the Multnomah County’s two jails are worse for people in custody who are Black and those who have mental health conditions, according to an audit released Wednesday by Multnomah County.

Multnomah County Auditor Jennifer McGuirk’s staff found deputies appeared to use force and discipline procedures in line with the jails’ standards. However, jail deputies used what they referred to as “minor force” at a higher rate and disproportionately doled out misconduct citations against Black detainees.

McGuirk’s staff recommended more training for deputies, as well as expanding the number of housing areas for people with mental health conditions. The report also recommended the jails’ staff stop isolating people as a form of discipline and that they track how deputies use misconduct citations.

In an eight-page response to the audit, Multnomah County Sheriff Mike Reese noted the jail “does not practice isolation, as it is commonly understood by the public nor as it is used in corrections vernacular, as a disciplinary sanction.” Rather, jail staff sometimes reduce the amount of “walk time” outside a person’s cell to between 15 and 60 minutes per day, according to a sheriff’s office spokesperson.

“The work of our collective Corrections Divisions to operate and manage Multnomah County’s adult custody settings is extremely complex and challenging,” Reese wrote in response to the audit. “I am committed to evaluating our policies and practices to ensure we uphold our values and the community’s expectations.”

Auditors examined minor and general use of force by deputies. Minor uses of force include pointing a Taser at a person in custody, but not using it; using handcuffs; and using physical strength to push and gain control of a person in custody who is resisting. The auditors did not find a statistically significant difference among racial groups for general uses of force, including takedowns, Taser use or pepper spray.

“As noted in the Audit Report, the use of force in Multnomah County jails is infrequent and that there is a one percent disparity in (minor) uses of force events involving Black adults in custody,” Reese wrote in his response to the findings.

The sheriff said his office is “committed to inclusively leading with race” and directed staff to conduct a more robust analysis of the agency’s use of force data “to better understand this finding so we may identify improvements to our policies, our training and our systems of accountability.”

Auditors also focused on mental health. The county auditor’s office said it compiled the report to follow up on a 2017 report from Disability Rights Oregon, which found “improper conditions for individuals with mental health conditions.”

The audit found deputies used force more often against people with mental health conditions than those without.

It found, on average, 44% of adults in custody have a known mental health condition. That translates to between 300 and 500 people in the county’s jail every day during the three years covered by the audit.

The audit also included a survey of nearly 600 people in custody.

“One theme that came up in the survey was that about half of those needing mental health medication said that they did not get it in a timely fashion or at all,” the report found.

Some adults in custody criticized the jails’ food calling it “terrible,” noting a lack of fresh fruits and vegetables.

A few survey respondents said they had been denied attorney calls because of low staffing levels at the jails.

“Most of the staff here were pretty good — professional and show a normal and decent concern for people regardless of being in trouble with the courts and in jail,” one unnamed survey respondent replied. “Medical was very good.”

McGuirk said the audit aimed to provide more transparency to the public about how their tax dollars fund operations at the jails.

“We hope the information in this audit report can help ground conversations about our legal system in facts that the public can trust,” she said in a statement.