Earlier, Dignity Health pulled out of the acquisition after the community raised concerns about emergency abortions and end-of-life care
By:
Christen McCurdy 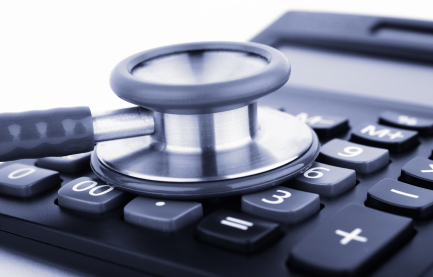 January 2, 2013 -- Ashland Community Hospital and Asante – a southern Oregon-based healthcare company that owns hospitals in Medford and Grants Pass – are hammering out the details of a proposed merger, and expect to continue those talks into early next year, according to Roy Vinyard, Asante's president and CEO.

Vinyard declined to comment on the specifics of the merger, which came on the heels of an abrupt decision this fall by California-based Dignity Health – formerly known as Catholic Healthcare West – to pull out of negotiations to acquire the hospital.

Dignity Health did not reply to messages from The Lund Report asking for a comment on the failed merger. Doug Gentry, president of the Ashland Hospital's board of directors, said city council discussions about the merger ended up focusing on two issues – abortion and physician-assisted suicide – and whether Dignity, now a secular organization, would offer such services.

“Those of us who got involved didn't think any church or any entity should tell us what to do as long as it was legal,” said Suzanne Marshall, who attended community meetings to discuss the proposed merger and voice her concern.

“They are actually issues the board had thought about that weren't really germane,” Gentry said, noting that Dignity is no longer a faith-based organization. “Neither of those [procedures] happen in the hospital. We thought of those as not being important enough. The community felt differently.”

During the negotiations, Dignity officials said they’d still perform emergency abortions, Gentry said, but questions lingered about whether physicians employed by the hospital could give prescriptions for lethal doses of medication to terminally ill patients.

In November, Dignity told hospital officials it was pulling out of the merger. “Their statement to us outside their letter was that the resistance to the community was more than they wanted to deal with,” Gentry said. “Frankly, we think there are other reasons why Dignity chose not to do it, but we'll never be sure. It turns out we were the first hospital they were acquiring since becoming Dignity. We think there were some internal issues about whether they wanted to pursue an Oregon strategy and so on.”

An editorial that appeared in the Medford Mail Tribune Nov. 11, written by activist Matt Wit, Marshall, noted that Dignity Health was carrying $95.6 million in debt, had just had its credit downgraded, and would have had to assume the debt of Ashland's hospital, which reported $2.5 million in losses last fiscal year.

From its founding in 1907 until the mid-1990s, Ashland Community Hospital was owned and run by the city, said Gentry. In the 1990s, it became a separate, private nonprofit, but the land is still city property, and the hospital pays a token rent.

Late in 2011, the hospital board – attributing its losses to low Medicare and Medicaid reimbursements, charity care and other unpaid medical bills – began investigating a potential partnership with other healthcare entities to keeps its doors open.

Asked if Asante plans to expand the hospital once the merger is finalized, Vinyard did not give a definite answer but did say, "The coming changes in healthcare will certainly drive hospitals and health systems to form alliances and partnerships and we expect to be an active participant in those discussions."