A constitutional amendment sitting in the Senate Rules Committee would put limits on campaign contributions
By:
Shelby Sebens 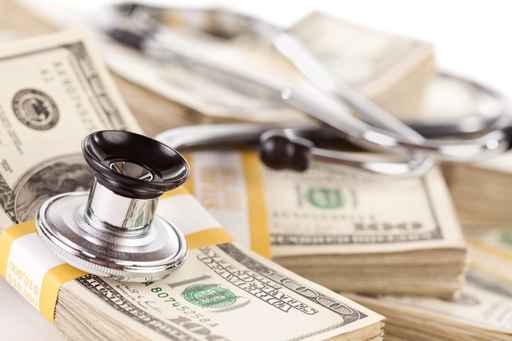 Healthcare advocates say a bill making its way through the Legislature that would allow Oregonians to put limits on campaign contributions is key to reforming the health industry.

Senate Joint Resolution 5 would amend the Oregon Constitution, allowing Oregonians and the Legislature the option of setting campaign contribution limits, and is awaiting action by the Senate Rules Committee.

Health professionals were the fifth highest campaign contributor among Oregon industries in 2014, giving $1.98 million, according to followthemoney.org. Hospitals and nursing homes were not far behind, contributing $1.48 million.

Supporters of the constitutional change say campaign finance reform is essential to leveling the playing field between those with deep pockets and those without.

Many of AARP’s members are low-income seniors who vote but can’t contribute like a large corporation or company.

“We need to make sure that our voice is heard as loudly as those folks,” he said.

“When you write a large check it gets you access. That’s one of the things that’s a flaw with the existing system.”

Rick North, former executive vice president of the American Cancer Society of Oregon, saw firsthand the impact of big money when he went up against tobacco companies in 1996. Advocates were outspent 6 to 1 in their push for a 30 cent cigarette tax increase.

“It was my introduction into big time politics,” he said. It was an eye-opening experience.”

Although the ballot measure to raise the tax passed, North said the American Cancer Society had to spend a large chunk of money.

“We had to spend hundreds of thousands of dollars in staff time and money,” he said.

It’s unfair not to limit campaign contributions, North said. Otherwise, it gives the message that your voice can’t be heard unless you make a contribution.

“It’s just too bad,” he said. You have to fight this battle, and so often the playing field is uneven. Corporate money is going to drown out public interest money. Their megaphone is a lot bigger than ours.”

Common Cause is also pushing another bill, Senate Bill 75, which is also sitting in the Senate Rules Committee – it would set campaign contribution limits. The exact number is being worked out but could be close the federal limit of $2,600 for an individual contribution, Lewkow said.

Bartholomew said the AARP is a fan of clean election models where there is either a public funding match or full public financing for campaigns, and wants a longer conversation about what campaign contribution limits.

Setting the right limit is tricky, Lewkow said, because you want to ensure it’s not too low and ineffective or too high so that big money takes over.

Advocates say the impact of campaign finance reform could be huge not just for the health industry but for many issues pressing the state.

“I think it would really change the whole political dynamic around issues where special political interests are trying to block progress when the majority of the public agrees something needs to happen,” said Jesse O’Brien, OSPIRG healthcare advocate.

Here’s a look at some of the largest campaign contributions by the healthcare industry I the 2014 election.

May 20 2015
News source:
The Lund Report
Keywords:
Senate Rules Committee
×
This article is for premium subscribers. If you are one, please sign in below.
You can see two more premium stories for free. To subscribe, click here. We depend on premium subscriptions to survive, and they are tax deductible.
Sign InGo Premium Not now