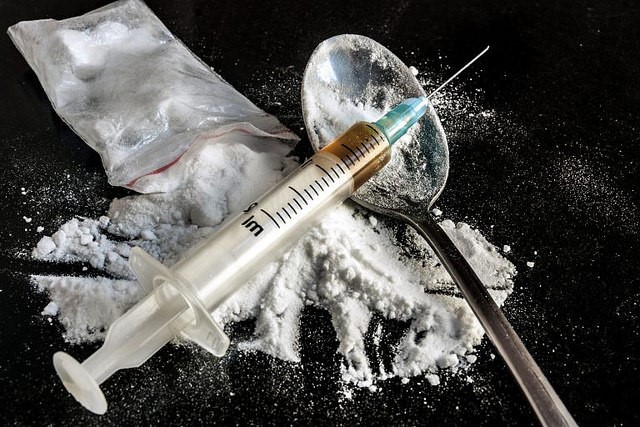 A push is underway in Oregon to create safe sites for users to inject drugs.

Members of Gov. Kate Brown’s Opioid Epidemic Task Force recently traveled to Vancouver, British Columbia, where the an injection site opened in 2003, to see how one operates. And last week advocates pitched the idea to lawmakers in Salem.

They told members of the Oregon House Interim Committee on Health Care that setting up safe sites for people to safely inject illegal substances would prevent the spread of infectious diseases associated with shared syringes, like HIV and hepatitis C; save the cost of ambulance rides and ER visits, keep dirty syringes off the streets and prevent overdose deaths.

In 2016, about 400 people died in Oregon from a drug overdose, including more than 100 who took heroin, according to the latest published statistics by the Oregon Health Authority.

Data gathered at the Vancouver site indicate it’s been a success in preventing deaths and disease. But the idea of a legal site where drug users can shoot up is controversial in the United States. Nevertheless, advocates are pushing to establish safe injection sites in more than a dozen cities, including San Francisco.

It’s unclear whether Oregon lawmakers will bite though experts on Brown’s opioid task force are looking into it.

“While the concept does not appear in their 2019 legislation, (the Opioid Epidemic Task Force) will continue to examine this policy,” Kate Kondayen, Brown’s press secretary, said in an email.

Rep. Rob Nosse, a Portland Democrat and vice-chair of the House health care committee, told The Lund Report that although drug addiction should be viewed as a chronic illness like diabetes it is often seen as a weakness, potentially posing a major hurdle to establishing a site in Oregon.

Neighborhood associations have lined up against the sites in Seattle and elsewhere.

King County and Seattle leaders have tried for two years to establish safe injection locations there. Opponents have fought back, saying they would enable drug users to continue their addiction rather than getting them into treatment. They tried to get an initiative on the ballot that would have banned public funding for the sites, but that was just overturned by the Washington Supreme Court, according to a report in the Seattle Times.

They’ll still face resistance from the Trump administration. An official in the Justice Department has threatened that the agency would prosecute safe injection sites as drug houses.

Nevertheless, officials in a handful of cities, including San Francisco, New York and Philadelphia, are pushing for the option. In August, the California Senate approved a measure allowing a pilot site in San Francisco, but Gov. Jerry Brown vetoed it.

Dozens of sites exist outside the United States, with the first ones pioneered in The Netherlands in the mid-1980s. Vancouver’s site, Insite, was set up 15 years ago. Last year, the site helped prevent more than 2,000 overdoses, according to the site’s statistics. Heroin, methamphetamine and cocaine were the most common substances injected.

In addressing lawmakers last week, Dan Epting, a self-described former heroin addict, said that safe injection sites might seem “revolutionary” but that they should remember that giving drug users opiates like methadone or suboxone to wean them off narcotics was also once considered radical. Their use is now commonplace.

Without injection sites, drug users shoot up where they can. Epting said he used to inject drugs in public restrooms because they were dry, safe and secluded.

“I thought I would die on a Starbucks toilet,” Epting said.

You can reach Theresa Novak at [email protected].

Dec 19 2018
News source:
The Lund Report
Keywords:
opioids, Kate Brown, legislature, injection sites, heroin
×
This article is for premium subscribers. If you are one, please sign in below.
You can see two more premium stories for free. To subscribe, click here. We depend on premium subscriptions to survive, and they are tax deductible.
Sign InGo Premium Not now