Advocates Cautiously Optimistic About Opportunities for Mental Health in CCOs

Pointing out that many patients with mental health diagnoses have shorter life expectancies, advocacy organizations intend to be more involved in helping patients access peer support and navigation
By:
Christen McCurdy 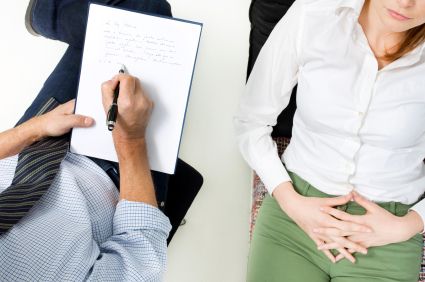 Yet often, people with mental illness die younger because of poorly managed physical health conditions – such as hypertension, diabetes or smoking-related deaths – rather than due to causes directly linked to mental illness.

Bouneff, speaking at a breakout session on mental health at CCO Oregon's annual coordinated care conference last week, said there are many things people often get when seeking traditional physical healthcare that they don't get in mental health settings: navigation, peer support or hope.

A person who ends up in the emergency room or urgent care after a mental health crisis is more likely to be sent home with a prescription for psychiatric medication –without a referral or assistance navigating the mental health system. Patients in crisis are rarely referred to peer support workers who can help them, and some mental health diagnoses are presented as grim, disabling life sentences rather than manageable conditions.

The mental health system is also much less family-friendly than the physical healthcare system. “If you are a family member with a loved one with mental illness, the system won't engage you,” Bouneff said, though the situation has improved somewhat. “Ten years ago, we were still very much blaming families for a child's behavior. Nobody's really sharing, How do I parent my child or how do I advocate for my child?”

Much of NAMI's work has focused on advocating for peers and families, particularly children and youth, since the onset of many major mental illnesses usually occurs between 14 and 25 years of age.

“For those of us who've had children in the system, you run into a lot of caring people, but they're not very helpful because they don't know what to do,” Bouneff said.
Following Bouneff's talk, Corbett Monica talked about the founding of Dual Diagnosis Anonymous, an organization created to helping people with mental health conditions (or even those without them) commit to healthy, clean and sober living. The organization was formed when Monica, along with some others who had both mental health diagnoses and substance abuse issues, began attending Alcoholics Anonymous meetings – and was asked not to bring two individuals with schizophrenia back to the meeting because their behavior was unusual. Instead, he decided to form a second group.

The organization's model is based on the traditional 12-step model – “we have what we call the 12 steps, plus five” – but in addition to having a few extra steps, meetings are run differently, with anywhere from 30 to 70 people in a room talking one on one rather than listening to a speaker.

Some members don't have a mental health diagnosis, he said: “The only requirement we have is to develop a healthy, drug and alcohol-free lifestyle.”

Amy Zulich, executive director of Mental Health America of Oregon, talked about her organization's work connecting people with support, as well as advocating and coming forward with their stories of mental health challenges. A key part of the organization's message is that people get better, she said.

“What tends to happen is that when people do get better, the last thing they want to do is talk to you about it,” Zulich said. “We're out there talking about our experiences.”

“There's a reason there's a variety of organizations,” Bouneff said. “Recovery is a very individual thing.” He said NAMI is developing a community health worker curriculum for peer support specialists.

During a discussion session after their presentations, the presenters stressed that folding mental health into primary care presents both a challenge and an opportunity to better represent the voices of the people being served.

“We are facing an opportunity for change,” Bouneff said. “We are scared to death that it's going to go backwards.