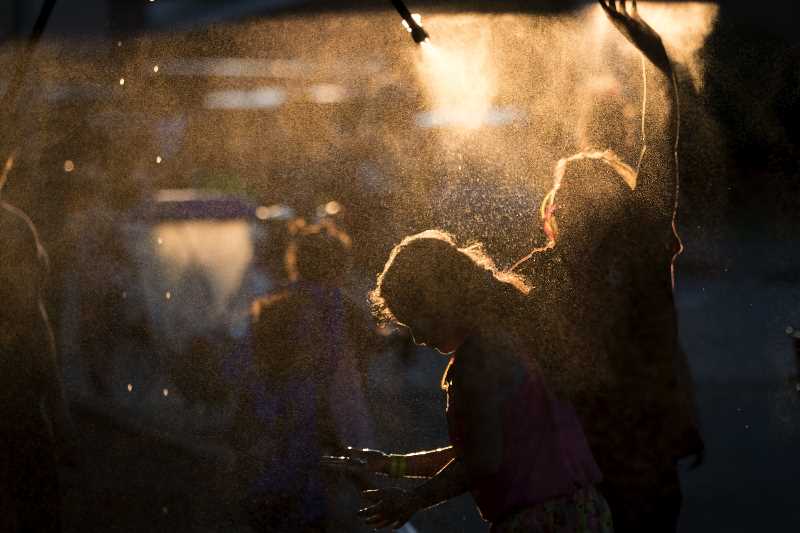 Last summer's triple-digit temperatures proved to be one of the deadliest recorded natural disasters in Oregon’s history.

At least 96 people died during the late June heat wave, when temperatures topped out at 116 degrees, according to data the Oregon Medical Examiner's Office released to OPB. Most of the people who died lived alone and did not have access to air conditioning, according to the report. The total amount of heat-related deaths could be even higher, the New York Times reported.

This catastrophe has pushed some state lawmakers to get a head start on policy to address citizens' rights to "coolness."

"We as lawmakers have a responsibility to carefully analyze how people are being impacted by extreme heat and take action to protect those who are least likely to survive," Jama told Pamplin Media Group.

Jama's bill would tackle the barriers renters face in installing portable AC units in their homes.

Air conditioning units aren't commonplace in apartments in the Willamette Valley due to its historically mild climate.

While there is statutory language laying out what landlords are required to do to keep a property "habitable," there are no references to keeping a dwelling "cool." Landlords are even allowed to prohibit tenants from installing their own portable AC units.

"If you're someone with a disability and you're asking for an accommodation, that's really the only way you could get air conditioning and many people don't understand their rights sufficiently to understand that they can make that kind of request, said said Kim McCarty, executive director of the Community Alliance of Tenants. "So essentially the law does not allow it, and so most Oregonians at this point just don't have that as an option."

The issue came up last August when property owners in Beaverton told tenants to remove their portable AC units while a state of emergency of the heat was still in effect. That prompted Mayor Lacey Beaty to step in and ask local landlords and property owners to ease up on AC restrictions.

Jama, a Northeast Portland Democrat who was appointed to a Senate seat representing a swath of outer east Portland and suburban Clackamas County in January, hopes his bill will ensure things don't have to go that far again.

"Everybody deserves to live in a healthy and safe home," he said. "Blanket prohibitions on lifesaving air conditioning should never be allowed, and the range of technology available means that there are safe options for different types of housing."

Barriers in affordability are something Jama hopes to address as well.

"Even if someone is allowed to install an air conditioning unit, demand spikes for them when the weather forecasts an extreme heat event and prices are prohibitive for some low-income families," Jama said. "That's why state action to ensure tenants' right to cooling pairs well with programs like the Portland Clean Energy Community Benefits Fund's rapid response program for delivering cooling units to those who cannot afford them."

Additionally, Jama's bill would require landlords to maintain safe indoor air temperatures in at least one portion of the property. He said the details of that portion of the bill are still being worked out.

Meanwhile, Marsh — an Ashland Democrat — is working on a bill through the Committee on Environment Natural and Resources that would give citizens better access to cooling infrastructure.

"(The bills) are complementary but different approaches to the fact that we had a summer in which people died," said Marsh, who also saw wildfires fueled by unusually hot and dry conditions tear through communities in her district, like Phoenix and Talent, in September 2020. Thousands were displaced by those fires.

Marsh added, "As we see temperatures steadily increasing, we have an obligation to go out, probably for the first time in our state's history, and help people figure out the necessity of having cooling devices."

Marsh's bill focuses on both emergency air conditioning deployment in the short term, as well as establishing a heat pump deployment program through the Oregon Department of Energy.

Heat pumps can cool and heat homes at a much lower carbon cost than AC units and furnaces by transferring heat from one place to another, she said.

"It's a really efficient way to heat and cool spaces," Magenera said. "It's the best possible technology, which is what we're focusing on incentivizing in these bills."

While the specifics have yet to be hammered out, lawmakers are motivated, Marsh said. They want to avoid more preventable deaths from extreme weather.

"There is definitely a sense of urgency in my mind," Marsh said. "We cannot go through another summer like we did last year. We have to know where the vulnerable places are, which are largely manufactured homes and people who live in multistory buildings.

This story was originally published by Beaverton Valley Times.

Nov 18 2021
News source:
Beaverton Valley Times
Keywords:
heat, cooling
×
This article is for premium subscribers. If you are one, please sign in below.
You can see two more premium stories for free. To subscribe, click here. We depend on premium subscriptions to survive, and they are tax deductible.
Sign InGo Premium Not now