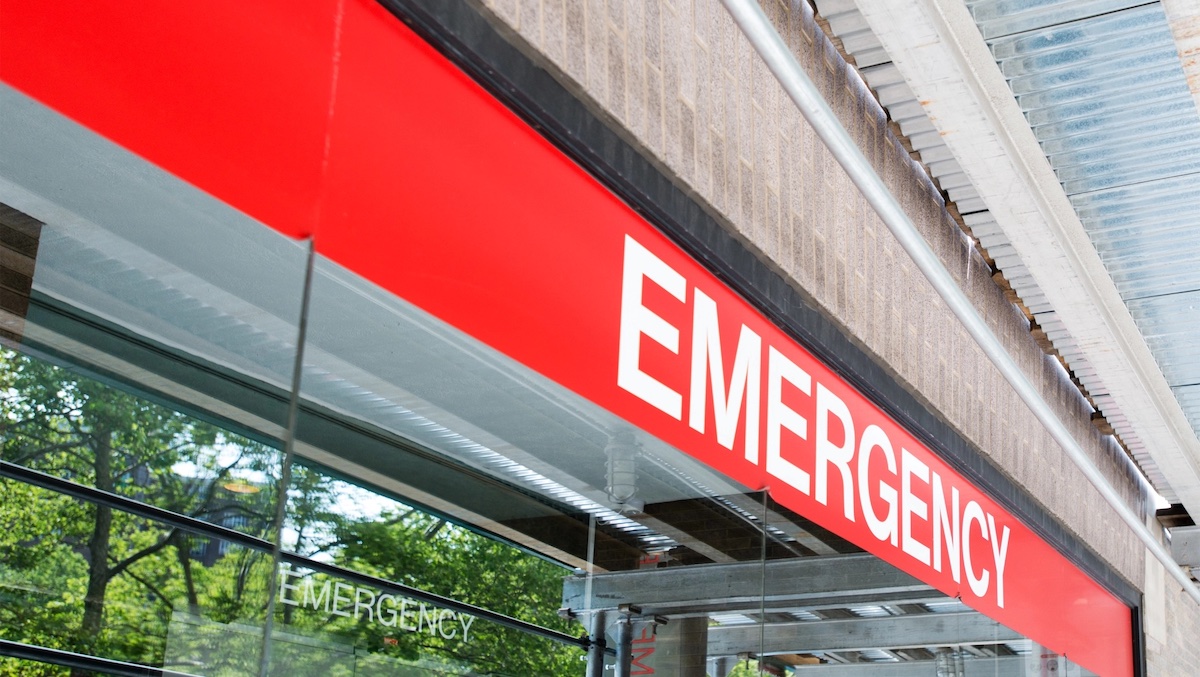 Each week, Dr. Kim Puterbaugh sees several pregnant patients at a Cleveland hospital who are experiencing complications involving bleeding or infection. The OB-GYN has to make quick decisions about how to treat them, including whether to remove the dead or dying fetus to protect the health and life of the mother. Leaving in place a fetus that has no chance of survival dramatically increases the chance of maternal infection and permanent injury.

But now her medical decisions are complicated by Ohio’s new abortion law, which generally prohibits abortions after six weeks of pregnancy if cardiac activity is detected in the embryo or fetus — which can persist for hours or days even if a pregnancy has no chance of progressing. Given the new law, University Hospitals Cleveland Medical Center has streamlined its system of having an administrator and legal team on call for Puterbaugh and other physicians if anyone questions whether the planned treatment is allowed under the law.

Since the Supreme Court erased the constitutional right to abortion in June, Puterbaugh said these cases put her and doctors like her in an impossible position — squeezing doctors between anti-abortion laws in Ohio and other states and the federal Emergency Medical Treatment & Labor Act. That 1986 law requires hospitals and physicians to provide screening and stabilizing treatment — including abortion, if necessary — in emergency situations.

“It’s a challenge to balance both those two things,” said Puterbaugh, president of the Society of OB/GYN Hospitalists. “But it’s not really a challenge to me because, in my mind, the life and health of the mother always comes first.”

The Biden administration argues that EMTALA trumps state abortion bans in emergency situations. On Aug. 2, the U.S. Department of Justice filed a federal lawsuit challenging an Idaho law that bans abortion in nearly all circumstances. The suit claims the law would make it a criminal offense for medical providers to comply with EMTALA’s requirement to provide abortion, if needed, for women experiencing emergency pregnancy complications.

In a July policy guidance and letter, the U.S. Department of Health and Human Services reaffirmed that EMTALA requires hospitals and physicians to offer life- or health-saving medical services, including abortion, in emergency situations. The letter refers to situations such as ectopic pregnancies, severe blood pressure spikes known as preeclampsia, and premature ruptures of the membrane causing a woman’s water to break before her pregnancy is viable.

The guidance stressed that this federal requirement supersedes any state laws that bar abortion, and that hospitals and physicians who don’t comply with the federal mandate could face civil fines and termination from the Medicare and Medicaid programs.

There are no known reports so far of EMTALA investigations arising from denial of emergency care in pregnancy situations.

But elected officials in states that have sharply restricted abortion disagree with the federal judgment. Texas Attorney General Ken Paxton sued the Biden administration last month to prevent the federal government from using the EMTALA law to require abortions in emergency cases. The suit claims that EMTALA doesn’t specifically mandate particular medical procedures such as abortion.

Abortion foes argue that state anti-abortion laws already include adequate exceptions when a pregnant woman’s life or health is in danger. John Seago, president of Texas Right to Life, said one of Texas’ laws specifies that treatment for ectopic pregnancies or miscarriages is not prohibited. In addition, the law defines a medical emergency allowing abortion as a condition in which a woman is at serious risk of a “substantial impairment of a major bodily function.”

Seago blamed the news media and medical associations for deliberately sowing confusion about the laws. “The law is very clear,” he said.

Legal wrangling aside, in practice, physicians and hospital lawyers say much depends on the interpretation of vaguely worded exceptions in state abortion bans, and that’s further complicated by the existence of contradictory laws, such as those banning abortion based on cardiac activity. And medical providers don’t want to risk criminal prosecution, fines, and loss of licensure if someone accuses them of violating these confusing laws.

Louise Joy, an attorney in Austin, Texas, who represents hospitals and other health care providers, said her clients perhaps are being overly cautious, but that’s not surprising. “I try to encourage them to do the right thing, but I can’t assure them they’ll be risk-free,” she said.

A lot hinges on when a pregnancy-ending complication is deemed an emergency, a moment that is hard to define. Some Missouri women have come to the hospital emergency department with mild cramping and bleeding and were found to have an ectopic pregnancy that hadn’t ruptured yet, colleagues have told Dr. Alison Haddock, a Houston emergency physician who chairs the board of the American College of Emergency Physicians. The standard treatment is to provide the drug methotrexate, which can terminate a pregnancy.

“You’re stable until it ruptures, then it becomes unstable,” she said. “But how unstable do you need to be? The woman’s life is not clearly at risk yet. It’s not clear if EMTALA applies. There will be a lot of gray areas that make it really tough for emergency physicians who want to do what’s right for patients without violating any laws.”

Physicians and hospital attorneys are hoping for clearer federal guidance and guarantees of protection from state prosecutors who might oppose their medical judgment on political grounds.

“This is when we need the federal government to step up and say, ‘Doctors, you must provide the standard of care, and we will prevent the prosecution of anyone who is following appropriate medical practices and doing the right thing for patients,” Joy said.

They are also hoping that the federal government will proactively investigate without waiting for complaints from individuals whenever appropriate emergency medical care might have been withheld because of the new laws. The New York Times reported last month that a 35-year-old woman in the Dallas-Fort Worth area was denied a dilation and evacuation procedure for her first-trimester miscarriage, despite severe pain and bleeding. The hospital reportedly sent her home with advice to return if she was bleeding heavily. The hospital did not respond to a request for comment for this article.

“If a hospital has a policy saying that when the correct medical procedure for a woman in the emergency department is abortion but physicians can’t do that, that’s a violation of EMTALA that CMS should find actionable,” said Thomas Barker, a former general counsel for the Centers for Medicare & Medicaid Services who advises hospitals on EMTALA compliance issues.

In another potential EMTALA case, Dr. Valerie Williams reported that after Louisiana implemented its near-total ban on abortion with criminal penalties last month, her hospital in the New Orleans area blocked her from performing a dilation and evacuation procedure on a pregnant patient whose water broke at 16 weeks. The patient was forced to go through a painful, hours-long labor to deliver a nonviable fetus, with heavy loss of blood.

“This was the first time in my 15-year career that I could not give a patient the care they needed,” Williams wrote in a court affidavit as part of a case seeking to block the state’s abortion law. “This is a travesty.”

But CMS often relies on state agencies to investigate alleged EMTALA violations. That raises questions about how seriously those investigations will be conducted in states where officials have embraced strict limits on any medical services they deem abortion-related.

Last month, the Texas Medical Association warned that hospitals are pressing doctors to send pregnant patients with complications home, to wait until they expel the fetus — known as expectant management — rather than treating them at the hospital to remove the fetal remains, according to The Dallas Morning News. In a letter to the Texas Medical Board, the medical association said delayed or denied care risks patients’ future reproductive ability and poses a serious risk to their immediate health.

A study published last month in the American Journal of Obstetrics and Gynecology found that after Texas implemented its tight abortion restrictions in September, patients with pregnancy complications experienced much worse outcomes than similar patients in states without abortion bans. Of those treated with expectant management at two major Dallas hospitals, 57% suffered serious complications such as bleeding and infection, compared with 33% who chose immediate pregnancy termination in other states.

OB-GYNs and emergency physicians say they expect to be on the phone frequently with lawyers to get advice on complying with state anti-abortion laws while they are seeing pregnant patients with emergency and near-emergency complications.

“This will endanger women’s lives, no question about it,” Puterbaugh said.

And privacy of individuals healthcare data is a related issue

I agree with Louise Joy, quoted in this article, related to the federal government stepping up to provide clarity where state trigger laws in many states have left Doctors and patients fearful. Our organization also supports policy making and technology solutions that protect women's healthcare records from being mined by law enforcement to prosecute physicians and patients, perhaps even when they seek care over the state line in another community. See https://www.healthcareitnews.com/blog/opinion-its-time-congress-change-h...

We believe who your data is shared with and for what purposes should be your decision.