By:
Rachana Pradhan and Phil Galewitz 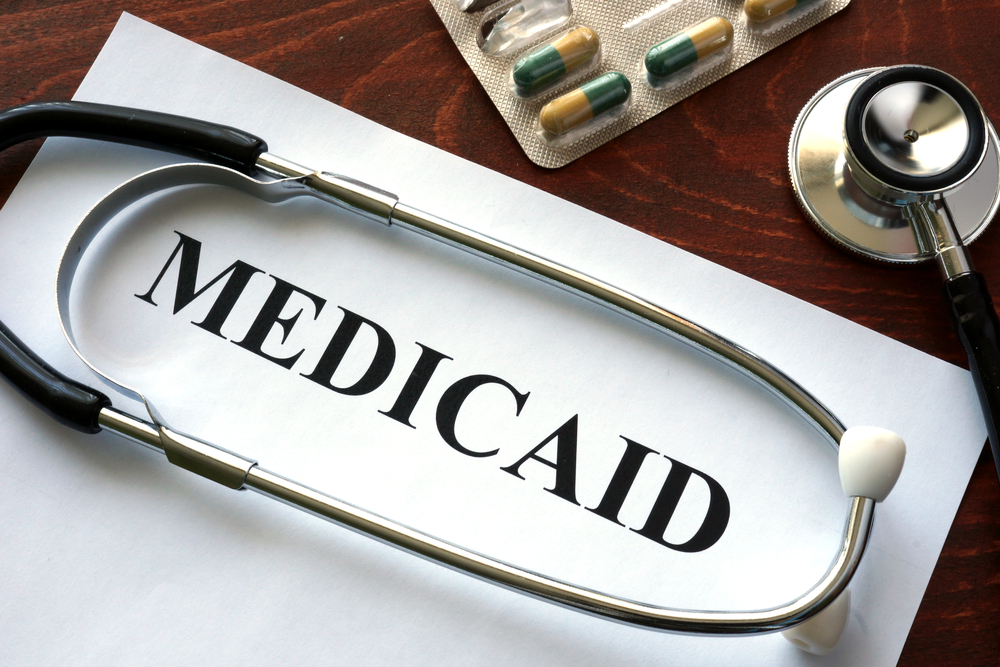 The Trump administration unveiled a plan Thursday that would dramatically revamp Medicaid by allowing states to opt out of part of the current federal funding program and instead seek a fixed payment each year in exchange for gaining unprecedented flexibility over the program.

Medicaid, a federal-state health program that covers 1 in 5 Americans, has been an open-ended entitlement since its beginning in 1965. That means the amount of money provided by the federal government grows with a rise in enrollment and health costs.

The administration said the new program would allow states to offer patients more benefits while controlling government spending. But the plan was assailed by Democrats, consumer advocates and health providers as undermining efforts to serve the poor.

States would not be required to switch to the new model. It will be optional, and states interested in it would have to seek authority from the federal government. That makes the proposal less sweeping than efforts by Republican lawmakers to revamp Medicaid that were included in failed 2017 legislation to gut the Affordable Care Act.

The long-awaited guidance to states on turning Medicaid into a block grant allows the Trump administration to proclaim it’s transforming the Medicaid program and offers a way for states that haven’t expanded under the Affordable Care Act to move ahead.

It could also tee up an election-year battle in which opponents will use the plan to argue that it’s President Donald Trump’s latest salvo in a long-running effort to unravel the health care safety net.

“The Trump administration’s announcement today is a game changer,” said Oklahoma Gov. Kevin Stitt, a Republican who plans to expand coverage up to ACA levels and pursue a block grant with a Medicaid work requirement and new premiums.

Here are the big things to know about how the new plan works.

Millions of people might be affected by block grants.

The millions of low-income adults without children who obtained coverage under the ACA’s Medicaid expansion could be included under a block grant. Key Republicans, including officials in the Trump administration, have argued that covering those adults uses resources better geared toward other Medicaid enrollees whose medical needs are greater.

However, a state could also decide to include certain pregnant women and low-income parents because their coverage is not mandated by federal law.

Tens of millions of people currently enrolled in Medicaid would not be included in a potential state block-grant project, including children, people who qualify for the program based on disability, people needing long-term care and individuals who are 65 and over, according to the guidance announced by the Centers for Medicare & Medicaid Services on Thursday.

States seeking the new authority would be able to make new cuts to benefits, including which prescription drugs are covered, and impose new out-of-pocket costs on enrollees.

Medicaid traditionally has covered all federally approved prescription drugs. In June 2018, the Trump administration reinforced that position when it rejected a request from Massachusetts Gov. Charlie Baker to limit drugs covered under the state’s Medicaid program.

Under the new guidance, a state could ask to cover just one drug per class for most conditions — similar to what’s required for private insurance coverage in the Affordable Care Act marketplaces.

While the rule allows exceptions, including for medications to treat behavioral health issues or HIV, the policy change could affect access to drugs for a range of serious illnesses, such as cancer.

Another change included in the administration’s policy is what kinds of copays states can charge, according to Cindy Mann, a lawyer who ran the Medicaid program under the Obama administration and is now a consultant with Manatt, Phelps & Phillips.

While a Medicaid enrollee cannot be charged premiums and out-of-pocket costs that exceed 5% of their household income, the guidance removes other restrictions on copays, opening the door for their more widespread use and in higher amounts. Those changes will disproportionately affect people with more serious health issues, she said.

“Even a copay that’s $1 can be a burden,” Mann said. “These could allow copays that are much more than that.”

States could also move to eliminate other Medicaid benefits, such as nonemergency medical transportation and a comprehensive series of preventive, diagnostic and treatment services that are a pillar of the program — known as the Early and Periodic Screening, Diagnostic and Treatment (EPSDT) benefit — for 19- and 20-year-olds.

The federal government will exercise less oversight over the private health insurance companies that states hire to run their programs, giving states more power to set rules on provider participation and payments.

About two-thirds of Medicaid participants are enrolled in a private managed-care firm, and the proposal would reduce federal oversight of how these companies operate. States would be able to choose if they want to follow federal rules seeking to make sure that health plans provide reasonable access to a sufficient number of in-network doctors and hospitals, said MaryBeth Musumeci, associate director for the Kaiser Family Foundation Program on Medicaid and the Uninsured. In addition, the federal government would not have to approve payment rates to the plans before they take effect, she said. (Kaiser Health News is an editorially independent program of the foundation.)

A few states have operated under Medicaid spending caps before, including Rhode Island, but the amounts were set so high a state was never in any danger of hitting the limit, Musumeci said.

The CMS guidance did not estimate how much the new financing system could save the federal budget.

All states could technically apply for a block grant, but most are unlikely.

Only a few states would be expected at least initially to apply for the block grant and those would almost certainly be some of the 14 states that have not expanded Medicaid, said Matt Salo, executive director of the National Association of Medicaid Directors.

However, many states would be concerned about loss of funding or not having enough federal dollars when demand for services or enrollment rose.

“States will be asking: Is the added flexibility worth the risk or the downside of a different funding arrangement?” Salo said.

Still, he added, for some states that have not expanded eligibility, “this is a call to get them to the finish line.”

Other state proposals to pursue capped Medicaid financing — notably Tennessee’s, which is pending with the Department of Health and Human Services — are much different from what the new Trump approach telegraphs. That said, some Republican-led expansion states are also likely to find it appealing.

“Waivers will never be long-term substitutes for congressional action. But this does represent a significant opportunity to test new ideas to see what works and especially to better understand how much risk states are willing to accept in exchange for greater control,” said Dennis Smith, who ran Medicaid during the George W. Bush administration and is now a senior adviser for Medicaid and health reform for Arkansas Gov. Asa Hutchinson. “If one expects a harvest, a person first has to plant the seed.”

The federal government generally moves at a glacial pace in approving new state projects, particularly for ones that set new precedent or are controversial. Given that, it’s unlikely any state would get a waiver before 2021 — when there could be a change in federal administrations.

Plus, there is all but certain to be litigation that could thwart the entire effort.

“The document issued today by CMS appears to rewrite bedrock provisions of Medicaid, an activity which is beyond the scope of CMS’ power. Only Congress is tasked with making these changes,” said Jane Perkins, legal director of the National Health Law Program, a legal aid group that has sued over the Trump administration’s approval of work requirements for many Medicaid enrollees in five states. It is evaluating litigation options on the block grants.