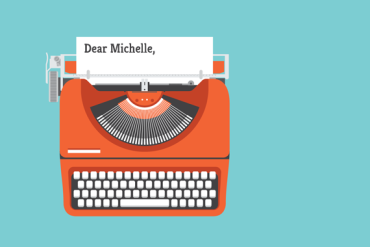 This week I answered a grab bag of questions from readers about premium tax credit repayments for marketplace plans, out-of-network emergency care and nursing home bills.

While doing my taxes I discovered that I made more money in 2015 than I anticipated. I was forced to take money out of my 401(k) to make ends meet during the year and that raised my income level. Now I face having to pay back $1,500 for premium tax credits I received to subsidize my marketplace plan’s premiums. What am I supposed to do?

It’s not uncommon for people to fail to count one-time income bumps from retirement savings or other sources when they’re estimating their annual income to qualify for advance premium tax credits for marketplace coverage, said Tara Straw, a senior policy analyst at the Center on Budget and Policy Priorities.

In the case of retirement savings, “they’re not thinking of it as income because it’s their own money,” she said. But since retirement money is generally deposited on a pretax basis, it counts as income when it’s withdrawn and can affect how much people qualify for in premium tax credits.

It’s important to go back to the marketplace and report any income changes, including one-time changes, as soon as they occur to minimize repayment problems down the road, Straw said.

About half of people who received advance premium tax credits in 2014 got too much, the Internal Revenue Service reported, based on the tax forms people filed to reconcile how much they received against how much they should have gotten.

The amount that people have to repay is capped for those whose income is less than 400 percent of the federal poverty level (about $47,000 for one person).

“The repayment caps are really helpful in cases like this when something unexpected occurs or where an error was made,” Straw said. However, taxpayers can still be on the hook for significant amounts, up to $1,250 for single taxpayers and $2,500 for couples and families, she said.

If you can’t pay what you owe right away, the IRS will allow you to pay in installments, but there may be additional fees and interest charges.

[dear-michelle-570] I had an incident where a big metal trash can lid fell on my hand. I thought it was broken. I went to the nearest hospital emergency room, and they took an X-ray. I just had a bad bruise. They sent me home, and later I got a bill of more than $800. My insurance company had covered some of the costs, but I was responsible for the rest because I was “out of network!” How can this happen with emergency care?

Federal law prohibits emergency departments from turning anyone away, but that doesn’t mean your insurer will pick up the whole tab for your care, especially if the hospital isn’t in your insurance network.

But the law doesn’t prohibit hospitals and doctors from billing patients for amounts that the insurer doesn’t pay. These “balance bills” are not uncommon when people get out-of-network care because there’s no contract in place that spells out how much the providers agree to accept as payment in full from the insurer.

If that’s the case, you can ask the hospital to accept the amount that it’s already been paid by the insurer as payment in full, said Dr. Jeffrey Bettinger, chair of the task force on alternative payment models at the American College of Emergency Physicians.

“Many hospitals or provider groups will make an allowance for something like that,” Bettinger said.

That may not solve your problem, however. If your plan has a big deductible that you haven’t met for the year, you may still have to pay up to that out of pocket.

“Whether it’s in network or out of network, if you have a $3,000 deductible, you may have to pay that bill,” Bettinger said.

Should we receive a detailed list of services from our nursing home when we receive our bill each month? Or should we accept the flat fee we are charged without any itemized listing?

Private-pay nursing home patients typically pay a monthly charge, and if something is required outside that charge, the resident may get an itemized bill, said Judi Lund Person, vice president for regulatory and compliance at the National Hospice and Palliative Care Organization.

If the nursing home charges a flat fee and you’re unclear whether it includes ancillary services and equipment such as walkers or oxygen, check the agreement that you signed when you placed your parent or loved one in the facility, said Gary Kelso, president and CEO of Mission Health Services, a chain of eight nonprofit nursing homes in Utah and Wyoming. It should be spelled out there.

“Everyone signs an agreement that has a list of things that are included and those that are excluded,” said Kelso.

If the facility provides an all-inclusive bill, you may not be able to get a break-out of specific services or supplies, Kelso said, because the nursing home may not track those items on an individual basis.