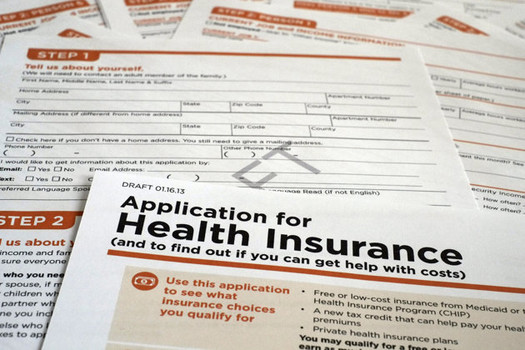 More than 11.3 million people have enrolled in private health insurance for 2016 under the Affordable Care Act, surpassing last year’s mark and the 10.5 million goal that the Obama administration set for the year, federal officials said Thursday.

The administration released its latest numbers a day after the Republican-controlled House of Representatives voted to repeal the health law, following similar Senate action last month. President Barack Obama has promised to veto the bill.

More than 15 million people have gained coverage under the 2010 law, and the uninsured rate has dropped to about 12 percent. Republicans argue the health law has not worked because health costs are still up and some people still can’t afford coverage.

“We’re seeing unprecedented demand for marketplace coverage with more than 11.3 million people signed up for coverage,” Health and Human Services Secretary Sylvia M. Burwell said in a statement. “We’re encouraged that marketplace consumers are increasingly young, engaged and shopping for the best plan.”

The newest figures are the most comprehensive released by the administration for this enrollment season. They capture enrollments on the federal healthcare.gov site, used in 38 states, and on 13 other state-run marketplaces, some of which had not been disclosed before Thursday.

Nearly 3 million of those who signed up for 2016 — 26 percent — are between ages 18 and 34. That group is seen as vital to the ACA’s economics because they have the lowest health risks and the lowest health costs and as a result they are less expensive to insure than older Americans signing up for coverage. About 770,000 young adults who enrolled for 2016 on the federal exchange had not signed up in the previous two open enrollment seasons.

Administration officials said they are pleased many returning customers to the online marketplaces are shopping for coverage to get the best deal.

Among the 8.2 million reenrolling customers nationwide, as of Dec. 26, about half came back, reviewed their information and actively selected a marketplace plan, instead of being automatically reenrolled.

About 60 percent of people who actively reenrolled in federal exchange states, or 2.2 million people, switched to a different plan than they had for 2015 coverage.

Administration officials expect enrollment to rise as many people wait until the open enrollment deadline to enroll. The figures released Thursday show those who have selected a plan, but don’t reflect whether consumers took the final step and paid their monthly premium.

In the previous open enrollment period, about 11.7 million Americans selected plans through the marketplaces as of Feb. 22, 2015. By Sept. 30, 9.3 million of those customers had paid for coverage and still had an active policy.

Separately, a survey released Thursday by the Gallup polling organization indicated the rate of uninsured adults changed little during 2015. The Gallup-Healthways Well-Being Index showed 11.9 percent of U.S. adults were uninsured in the fourth quarter, up from 11.6 percent in the third quarter and the same as in the first quarter.

Overall, the uninsured rate has declined 5.2 percentage points since the fourth quarter of 2013, right before the key provision of the health law requiring Americans to carry health insurance took effect in early 2014.